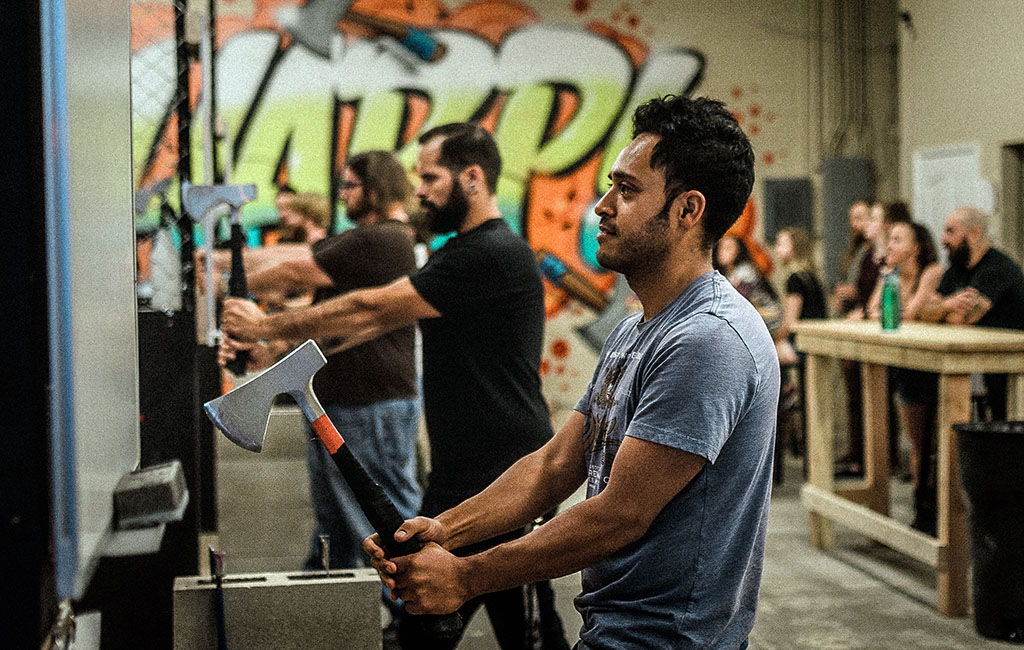 The Ontario-based chain of axe throwing bars was sued by its landlord on Jan. 13 for abandoning the property at 9120 Wadsworth Parkway and failing to pay January rent.

By the end of the month, a judge ruled in favor of Brookhill V Acquisitions and evicted Bad Axe from the premises.

The company signed its lease for the space in June 2019, according to the lawsuit. The landlord alleged the ax-throwing chain failed to “complete the tenant finish work and open for business,” as well as obtain required permits from the city.

Bad Axe’s monthly rent for January was $2,967, according to the lawsuit.

Attorney Steven Kelly of S&D Law, who is representing the landlord with colleague Michael Schlepp, told BusinessDen “the claim for monetary damages based upon the ongoing failure to pay rent as required by the lease is still pending.”

“However, we are talking with the landlord and hope to reach a mutually beneficial resolution,” he wrote.

In Colorado, Bad Axe Throwing has one location in Colorado Springs and two locations in Denver, the second of which should open at 1505 N. Ogden St. in the next few weeks, according to Zelaya.

The chain, which launched in 2014, also has opened venues in other major cities, including Chicago, Indianapolis, Atlanta, Oklahoma City, San Francisco and Washington, D.C.