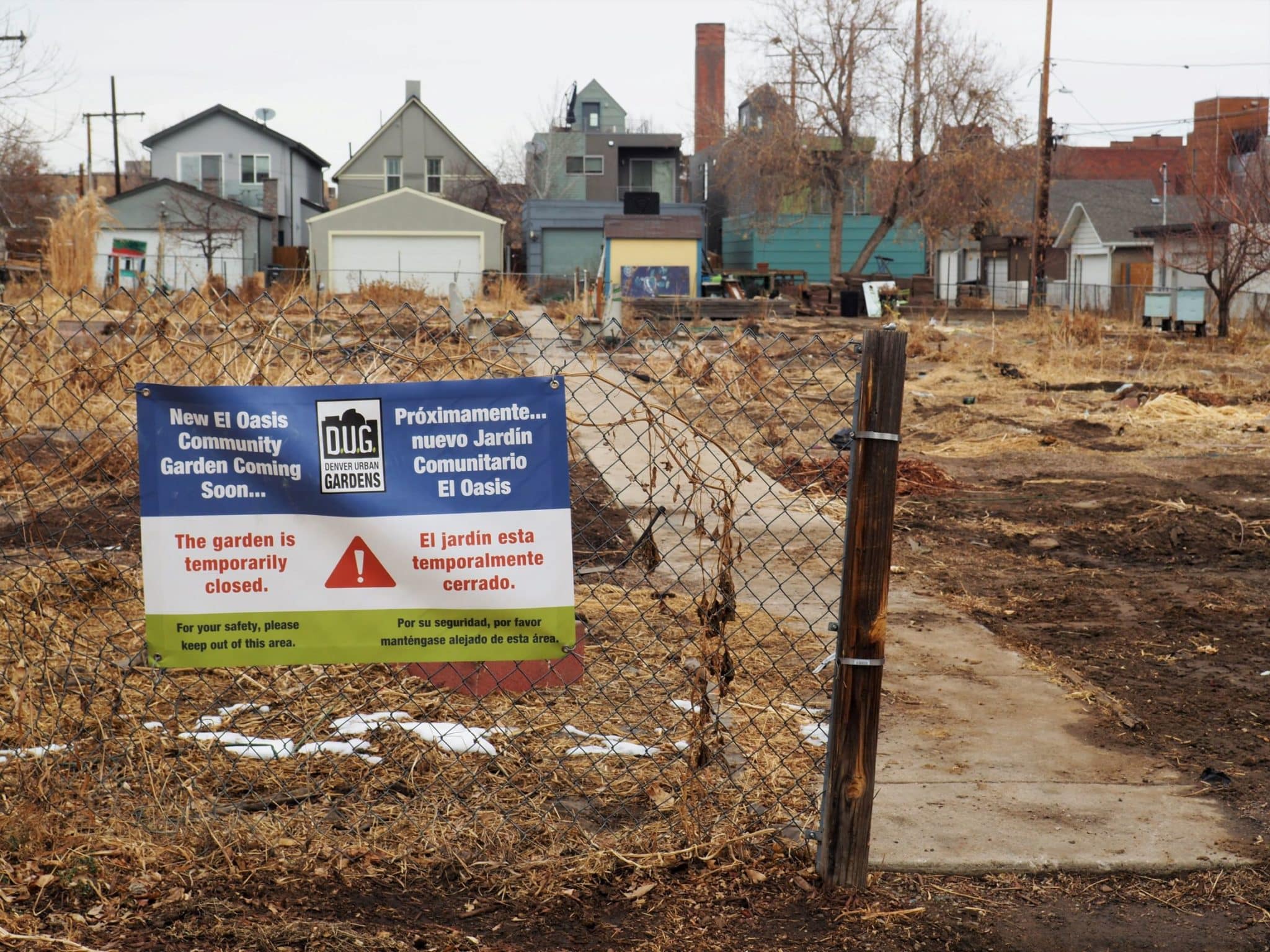 A backlash from gardeners failed to prevent the sale of the majority of a neighborhood garden in LoHi.

Denver-based homebuilder Caliber Construction closed last week on its purchase of two-thirds of the El Oasis Community Garden, according to public records. The garden is in the 1800 block of West 35th Avenue.

The company paid $1.2 million to buy the land from Denver Urban Gardens, a nonprofit that operates small gardens in six Denver-area counties, according to its website. Plots within the gardens are offered to nearby residents in exchange for a $25 annual membership fee and a plot fee that averages about $40.

Caliber did not respond to a request for comment Monday. The president of Denver Urban Gardens’ board previously told Denverite the company plans to build duplexes at the site. The third of the lot that wasn’t sold will continue to be a garden.

About 3,500 people signed a Change.org petition in the fall asking Denver Urban Gardens to reconsider the sale.

“After careful consideration of our current financial situation, the state of philanthropy, and the uncertainties related to the pandemic, the board has made the difficult decision to sell part of the land on which El Oasis Community Garden sits in northwest Denver,” Denver Urban Gardens wrote in a letter to gardeners, according to the station.

The Denver Post reported in October that Denver Urban Gardens owns only seven of the gardens it manages, which limited options when the organization determined it needed to sell property to pay off more than $500,000 in debt and build reserves.

Of those seven, three gardens in the Highlands, a hot part of town for residential construction, were deemed most viable to sell, according to the Post. And El Oasis posed the least challenges from zoning and plot-size standpoints.

The nonprofit has owned the land since 1988, when Rohn Hyde, a developer in the area at the time, “sold” it to the group for $1.

In a video uploaded to YouTube by a group opposed to the sale of the garden, Hyde said he believed the nonprofit committed to preserving the land as a garden, even if there was no language in the deed transferring ownership that legally required the group to do so.

News that a nonprofit planned to sell two-thirds of the LoHi garden prompted a backlash but it sold the property for $1.2 million anyway.