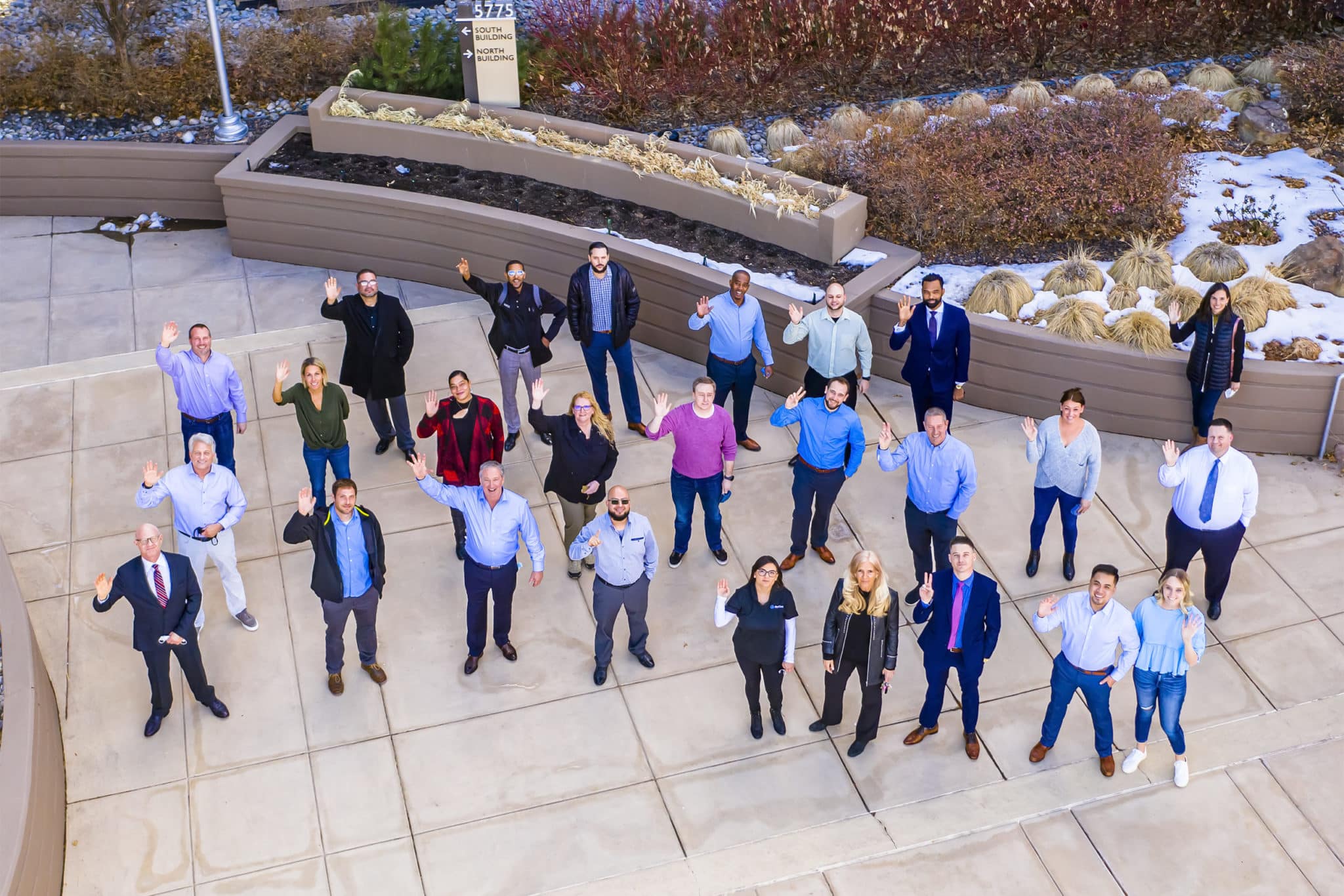 Part of the RefiJet team outside the startup’s new DTC office. (Courtesy of Blake Rubenstein)

An auto loan refinancing startup has parked its operations in a new 22,000-square-foot office in the Denver Tech Center.

RefiJet, which launched in 2016, moved into its new digs at 5775 DTC Blvd. in Greenwood Village on Jan. 1. The office is nearly twice the size of its previous one in Tamarac Plaza.

RefiJet has 164 employees, 90 of whom are currently working in the office, Rubenstein said. It signed a lease for the new space in December. He said he plans to add staff in 2021 but didn’t give a number.

When the pandemic hit and interest rates decreased, RefiJet saw a 40 percent increase in loan applications, according to the co-founder.

“People are struggling and looking for fast ways to manage their personal finances,” Rubenstein said. “Refinancing auto loans is a strategic solution because it can provide some economic relief from your payment.”

Rubenstein previously worked at a car dealership before he came up with the business plan for RefiJet in 2013. The Denver native presented it to his longtime friends David Sunshine and Mark Schwartz, who fell in love with it, he said. The trio launched an entity called Yield Solutions in 2015 to act as a parent company for RefiJet.

“This has become kind of a competitive marketplace, but there’s such huge opportunity in it,” Rubenstein said. “There are 38 million car loans that originate in the U.S. every year on average.”

Eventually, he said, RefiJet will consider adding other lines of loan services, such as student loans or mortgages.

Part of the RefiJet team outside the startup’s new DTC office. (Courtesy of Blake Rubenstein)