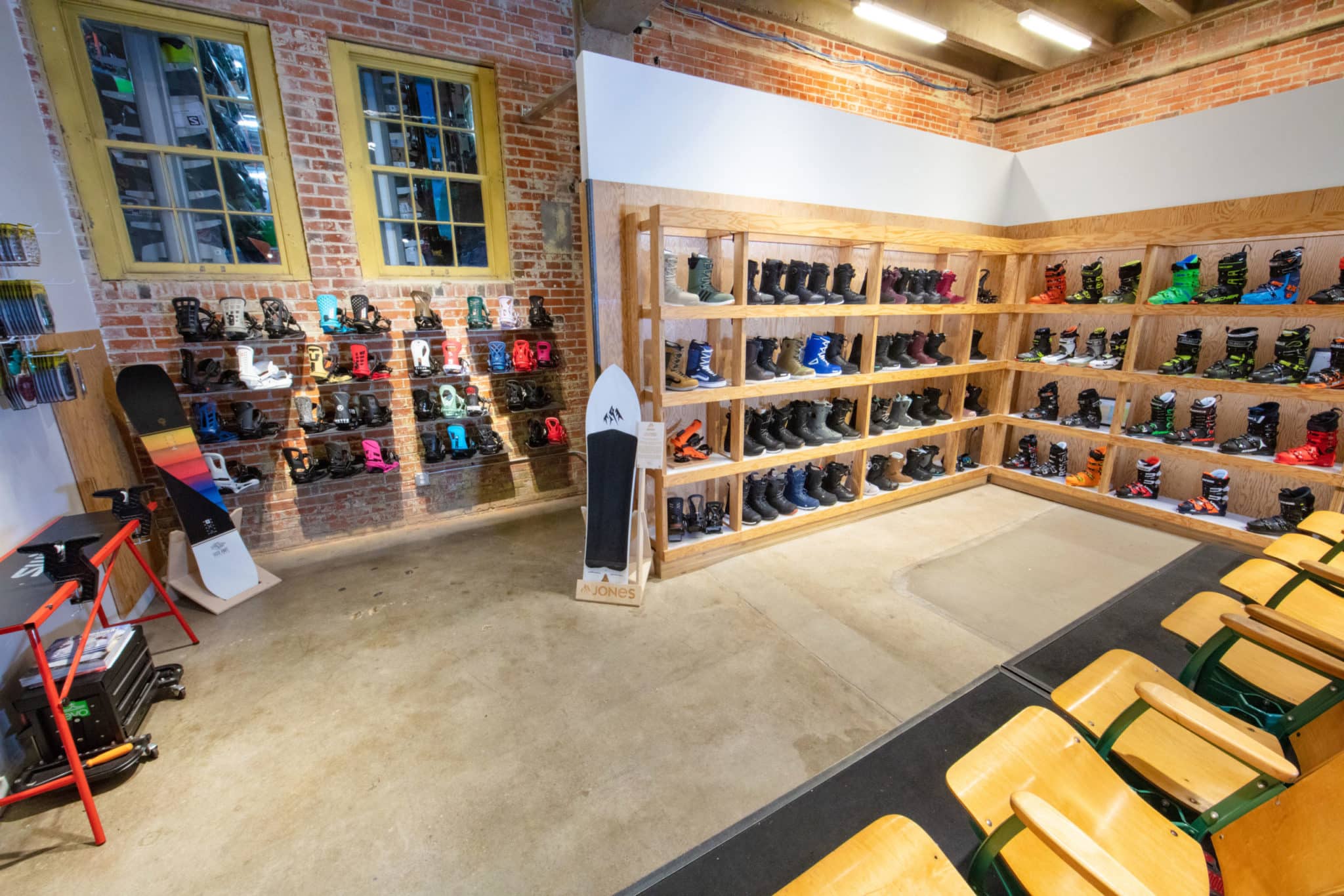 Evo will move bike and ski rental operations to its new space at 845 N. Lincoln St. (Photos courtesy of Evo)

Evo has bought, so that more may rent.

Earlier this month, the Seattle-based outdoor gear retailer paid $1.2 million for the 6,240-square-foot former pawn shop building at 845 N. Lincoln St. in Denver, across an alley from its store on Broadway.

Pete Citrano, the company’s director of retail, told BusinessDen the company plans to move its rental operations to the building. That will clear up space for more shoppers at its existing 9,500-square-foot store at 860 Broadway. Evo leases that space, along with offices next door, from Denver developers Ari Stutz and Ken Wolf.

“We feel that our customers in Denver have shown that they deserve this,” Citrano said. “We need more space to make more people happy, and the purchase is a good investment. Denver is only getting bigger and developing more and more, and we’re in a position that we’re fortunate to have done exceptionally well throughout the pandemic.”

Evo has around 90 units of rental bikes and skis in its retail shop currently. The move will allow it to increase that to around 300 units, Citrano said.

Evo plans to open the new EvoRentals shop by May. This will be the company’s second rental shop model, after debuting one in Seattle in June. 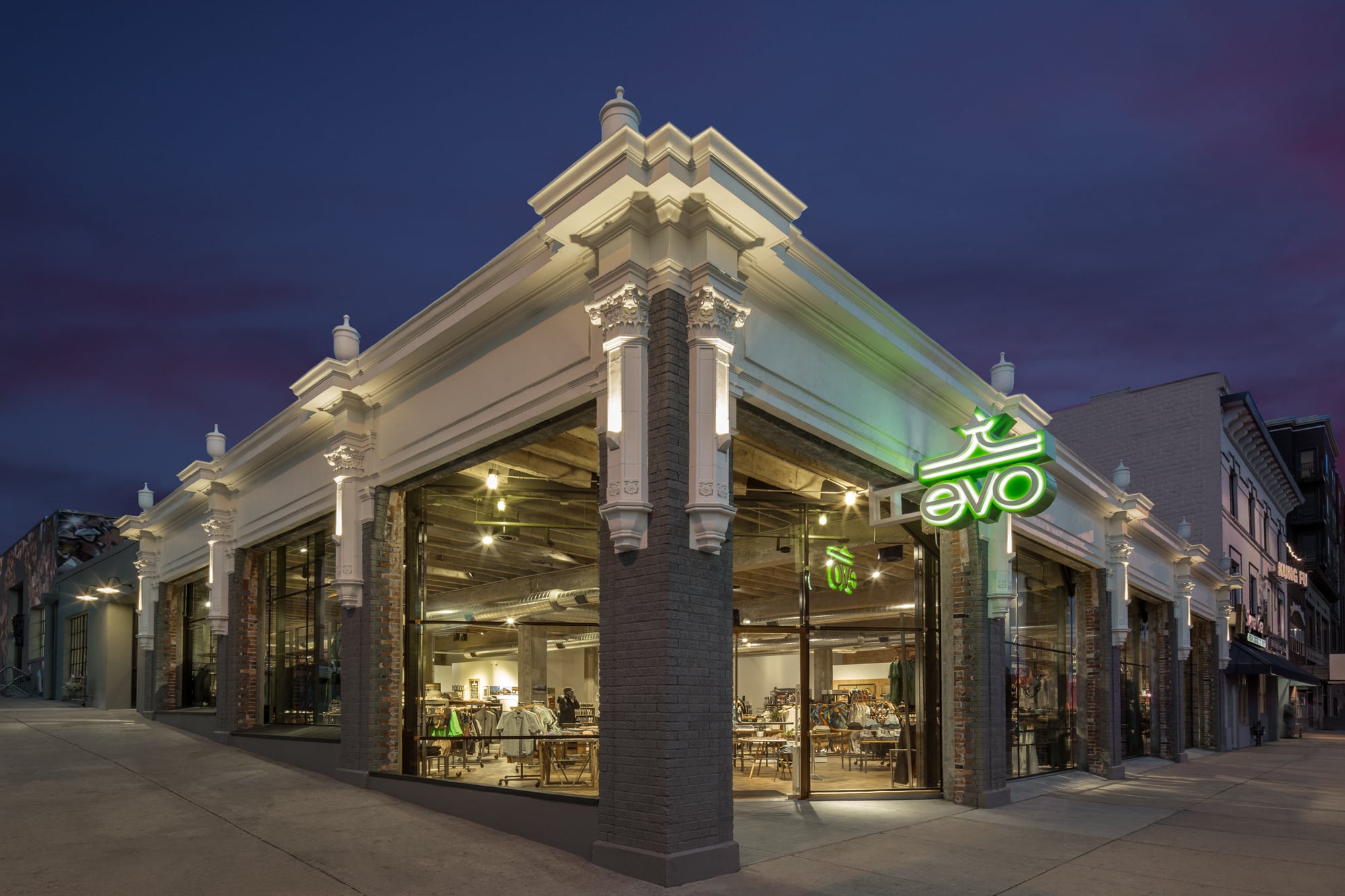 Todd Snyder and Joey Gargotto of Shames Makovsky brokered the deal on behalf of the seller, Eight Forty-Five Lincoln Inc. That entity purchased the property for $148,400 in 1995, according to property records.

Professional skier Bryce Phillips launched Evo from his garage in 2001. The company — which sells and services skiing, snowboarding, biking and skating gear — opened its Denver store in 2016.

It was the company’s third brick-and-mortar location and first outside of the Northwest.

In collaboration with Stutz and Wolf, the retailer completed a $1.5 million renovation project at the former home of Edgeworks and Bicycle Doctor prior to opening.

Citrano said that the space was originally meant to be temporary, and the company was eyeing a bigger spot in RiNo.

“But as we searched, we obviously grew a patronage and loyalty with our customers in Capitol Hill, so it didn’t make much sense to relocate,” he said. “So, we’re looking to expand our footprint at our current location, and the pawn shop is our first piece. That building will house about a 400 percent increase in our rental business.”

Evo’s 2021 fiscal year ends in March, and Citrano said the company — which now has five stores — has already exceeded its highest projections and is on its way to having a record-breaking year. 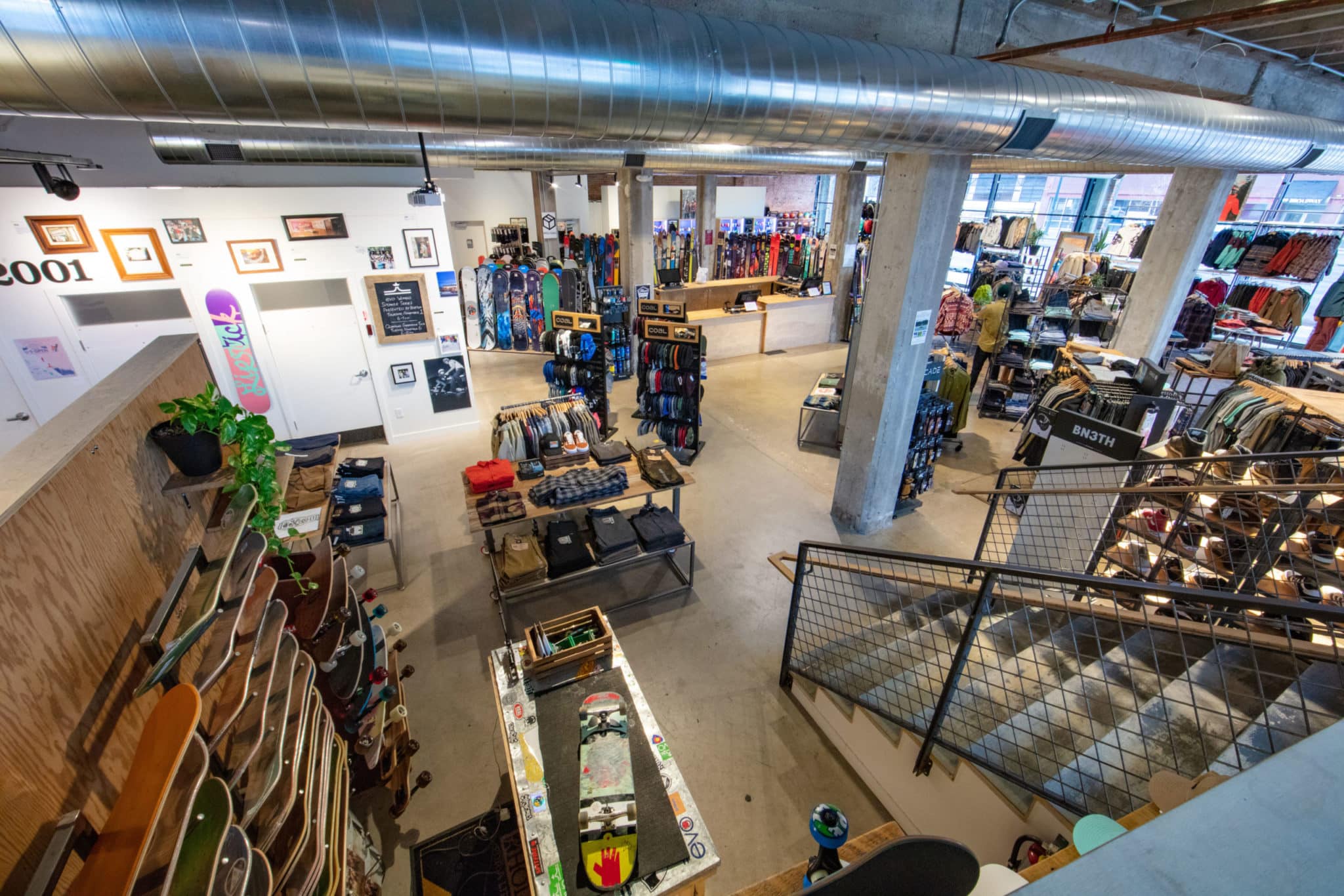 The outdoor retailer will have more space for shoppers in its 9,500-square-foot store at 860 Broadway.

In addition to the new rental shop, Evo plans to expand its retail presence by leasing a 2,000-square-foot building near the Broadway location in the fall, according to Citrano, although he declined to disclose the address.

“We like to treat everybody that comes to Evo similar to a house guest, and right now our party is just too big,” Citrano said.

The outdoor retailer is also considering eventually adding a smaller “satellite shop” in Colorado but has made no concrete plans, he said.

In 2019, Evo announced that it had partnered with Seattle-based Lake Union Partners to redevelop a former industrial property in Salt Lake City into what they’re calling “Campus SLC.” The project, which Citrano said they plan to open in the fall, will include a sizable hotel, and a retail and commercial mixed-use center anchored by Evo, a 30,000-square-foot climbing gym and a skate park.

Evo will move bike and ski rental operations to its new space at 845 N. Lincoln St. (Photos courtesy of Evo)

The move will allow the existing 9,500-square-foot store at the edge of Cap Hill and the Golden Triangle to free up more space for shoppers. And the retailer is looking at leasing more in the neighborhood.