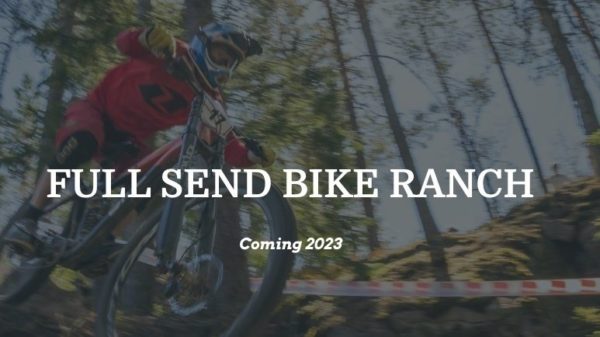 Phil Bouchard and Jason Evans grew up mountain biking together in New Hampshire.

Last year, the 30-year-old friends moved to Colorado — where there are plenty of mountains. But they decided something is missing.

“We noticed there wasn’t a mountain bike park in the state like the one we had as kids,” Bouchard said.

“It was confusing given the size of the rider population here and the riding demand for the sport why no one had done it,” he added.

The pair see a solution in Full Send Bike Ranch, a lift-accessed mountain bike park they hope to build on 250 acres of state land in Conifer.

About 10 ski resorts around the state offer lift-accessed mountain biking in the summertime, the closest to Denver being Winter Park. But Bouchard noted it’s not those mountains’ “core operation.”

“It’s ancillary revenue to them, and it’s something that they offer around their core operations of skiing — meaning they’re not going to do anything to improve the quality of the biking that would negatively impact the skiing experience,” he said. “Whereas trail maintenance is all we will be doing, which will give riders a safer and better experience.”

“It’s not a long riding season for those who head to ski resorts in the summer for mountain biking,” Bouchard added. “You’re lucky to get up there by July and it usually closes around October, and it causes people to pack the parks.”

Bouchard and Evans’ vision for Full Send is a bike park with 700 feet of elevation for downhill and freeride bikers of all skill levels. It would be open generally from April to October and include a network of developed trails, an electric chairlift and a lodge for bike rentals, same-day bike repairs, ticket sales, apparel and a bar.

Riders would purchase a day pass or season pass to access the park and chairlift. Weekday passes might be cheaper, as well as those for riders who prefer to climb uphill without the lift.

Price points have yet to be set, Bouchard said, but would likely be in the same range as Highland Mountain Bike Park in New Hampshire, which offers adult day passes for $59 on the weekends and lift-only season passes for $449.

The land that Bouchard and Evans zeroed in on is along Shadow Mountain Drive, about two miles from Highway 73, and owned by the Colorado State Land Board. It’s a 40-minute drive from Denver.

The property has previously been leased off and on for big game hunting, according to board spokeswoman Kristin Kemp.

While the state owns the land, the developers must first get approval for the proposed development from Jefferson County’s planning commission, Kemp said. Once it’s approved and permitted by the county, Evans and Bouchard would have to submit a leasing application to the land board.

“They would submit an application to us, and our staff would review it and bring it before our board of commissioners at our monthly public board meetings, which includes a public comment period,” Kemp said, adding the lease rate would be determined around that time.

Evans and Bouchard plan to submit a formal application to Jefferson County’s planning commission in the next three months and hope to get approvals and permits this year. Construction could begin in 2022, with an opening day in spring 2023. 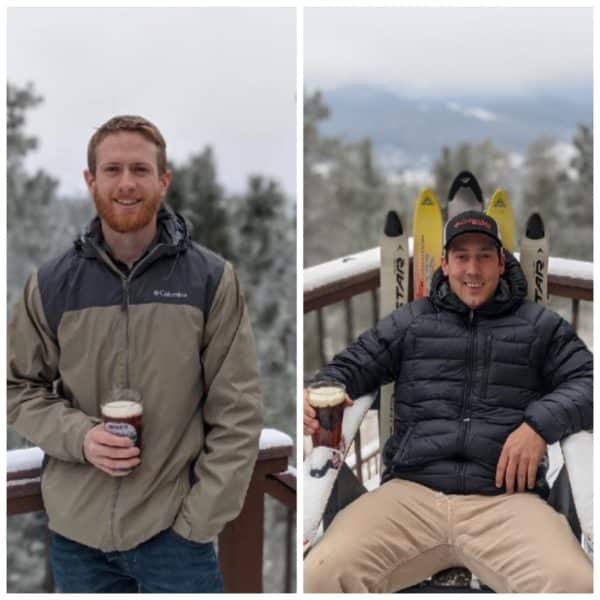 Jason Evans, left, and Phil Bouchard want to open a lift-access freeride mountain bike park like the one they grew up riding in New Hampshire.

Evans and Bouchard moved to Denver last spring and currently work full-time as technology professionals. They emphasized that they have no previous experience in building a mountain bike park, but said they have hired consultant firms in the U.S. that specialize in recreational development, as well as freeride and downhill trail design.

The mountain bike enthusiasts said Full Send would be a multimillion-dollar project, and they have had casual conversations with interested parties about financing. Bouchard said they’re not formally soliciting investment.

“There’s still so much groundwork to be done with the county.”

“We have proof of concept financially, and we are confident that there’s meaningful return in the project for investors,” he said. “At this point, we don’t have any concerns in our ability to raise the capital.”

An uphill battle for downhill riders?

Last week, Evans and Bouchard held a Zoom meeting to pitch their general plan and receive feedback from local residents.

Attendees shared concerns about the influx of traffic, water usage, the conservation of wildlife habitats and the additional workload for emergency medical services. There was also a shared concern that the project would eventually expand into a ski resort.

“I understand the want and need for having something like this as more people gravitate toward outdoor activities,” Stephanie Helfer, who lives on Shadow Mountain Drive, said in the meeting. “But I moved out here to be in the wilderness, and I don’t really want the city to be brought to my neighborhood. There’s already a parking lot and trail at the bottom of Shadow Mountain Drive that people already use, and it already creates traffic issues and now you’re proposing an additional one halfway up the mountain.”

The developers assured residents that the property was not big enough to house a ski resort, and they have no plans to enter that industry. As far as traffic is concerned, Bouchard said they plan to perform a formal traffic survey to understand the impact and mitigate strain on community roadways.

Debbie Ford, a Conifer resident who lives next door to Full Send’s proposed parking lot, was concerned that she was never contacted directly regarding the site.

“This is a residential area, and now we’ll have a commercial enterprise right next to us,” Ford said. “Our main objections are water usage, traffic and the conservation of wildlife. We’re builders, but we didn’t want to develop our property in order to protect the wildlife and natural habitat. We put the wildlife ahead of our own financial needs.”

Bouchard and Evans said they have reached out to Colorado Parks and Wildlife to understand more about the migration paths in the area to inform their design and minimize impact on the wildlife on the property.

Two Change.org petitions have also been created by community members in the last three weeks — one in support of the project, and one in opposition. Both have more than 2,000 signatures and are aiming to reach a goal of 2,500.

Bouchard said that the more than two-hour Zoom meeting helped he and Evans figure out what to include on their application to the county. They anticipated residents would be skeptical about the project since there aren’t many other dedicated lift-access mountain bike parks throughout the U.S. to compare it to, he said.

If the county denies their application, the developers plan to consider other site locations.

“We’re taking an open-door approach to this project,” Bouchard said. “Jason and I aren’t positioning bike parks in three other states. We think there’s a void in the Colorado trail network system and mountain biking community where this is a fit, and we want to make sure everything we do impacts the area surrounding it as little as possible.” 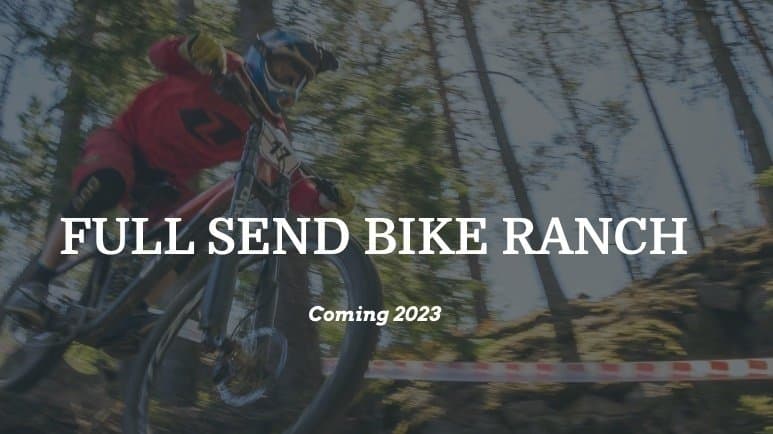 Two recent transplants from New Hampshire want to open Full Send Bike Ranch in 2023, but it must be approved by Jefferson County before a lease deal can be signed with the state.