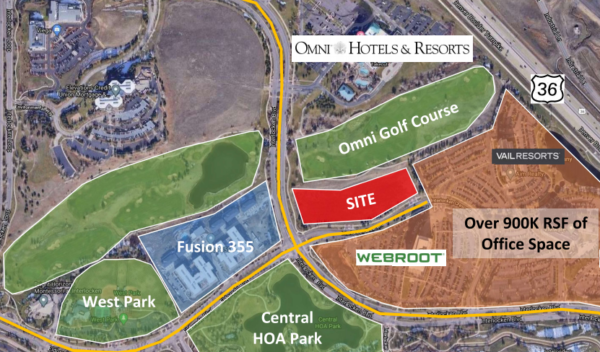 A map shows the location of the Retreat at Broomfield at 400 Interlocken Crescent. Courtesy Broomfield planning documents.

The complex, called Retreat at Broomfield, is planned for a vacant, roughly 6.5-acre parcel at 400 Interlocken Crescent.

Hines, which developed the Raleigh at Sloan’s Lake community in Denver, is planning to include 136 one-bedroom, 72 two-bedroom and 26 three-bedroom units at the Broomfield project, according to city planning documents.

There aren’t any affordable units proposed. Rather, Hines plans to pay a $1.4 million cash-in-lieu fee.

The construction timeframe is expected to be about 18 months, planning documents say. 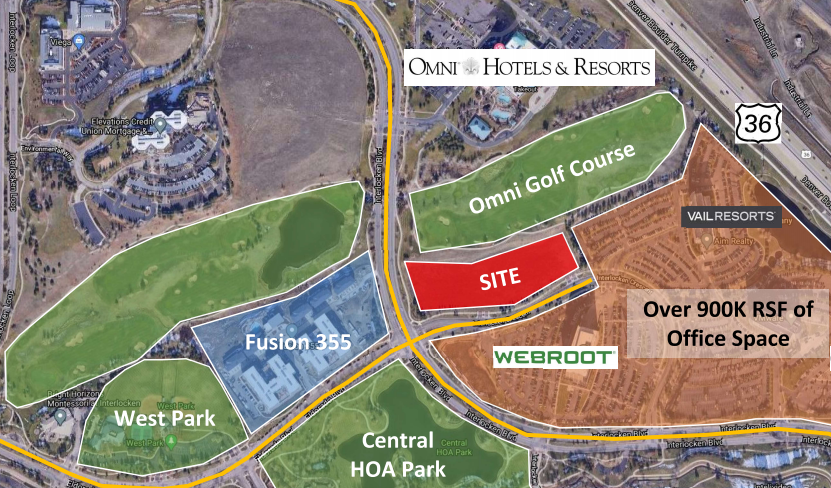