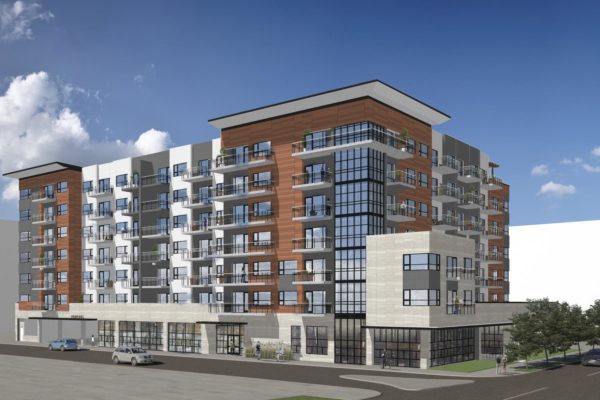 A rendering of the planned seven-story senior living complex. (Courtesy of Ryan Companies)

A new development team is taking over plans for a senior living complex at the edge of Cherry Creek.

The property was sold by Scottsdale-based Solterra Senior Living and equity partner Titan Fund Management , which paid $6.13 million for it in December 2018. The site previously had a car wash and auto body shop on it, which have since been demolished.

Daniel Raimer, Ryan’s director of development for the southwest region, said in a statement that the deal last month also included the plans for the seven-story project that Solterra originally planned to build itself. 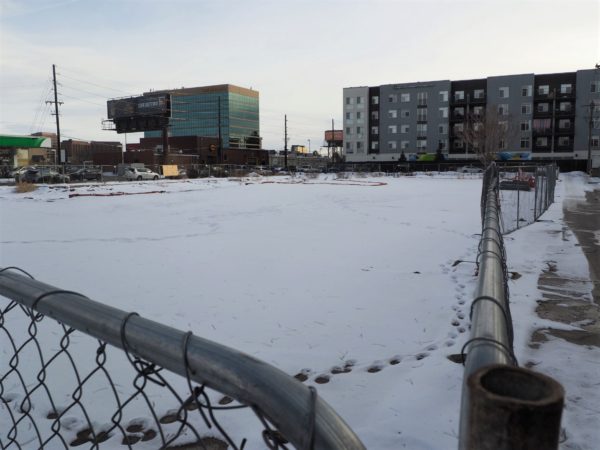 The development site is in the 300 block of South Harrison Street. (Thomas Gounley photo)

Ryan Cos. said it expects to break ground on the 156,622-square-foot, 137-unit project in February. Construction is expected to conclude in the fall of 2022.

Solterra didn’t respond to requests for comment regarding its decision to sell. A company executive told BusinessDen in January 2019 that the company hoped to break ground later that year, but that didn’t happen.

Ryan Cos. has built approximately 45 senior living communities around the country, in addition to other projects. Its local work includes serving as general contractor on the recently completed headquarters for door manufacturer TruStile at 1111 E. 71st Ave.

Cadence’s portfolio consists of about 30 senior living complexes with some 4,000 units. In Colorado, the firm operates Greeley Village, Cadence Lakewood and Cadence Aurora.

The Cherry Creek complex will bear the “Acoya” brand, which Cadence uses for higher-end properties. Amenities will include multiple dining venues, a wine cellar and spa, club room and wellness area. The two existing Acoya properties are both in Arizona.

Bank of the West acted as lender, administrative agent and lead arranger alongside Stifel Bank as lender and syndication agent on the project. MOA Architecture is the project architect. StudioSIX5 is the interior designer. 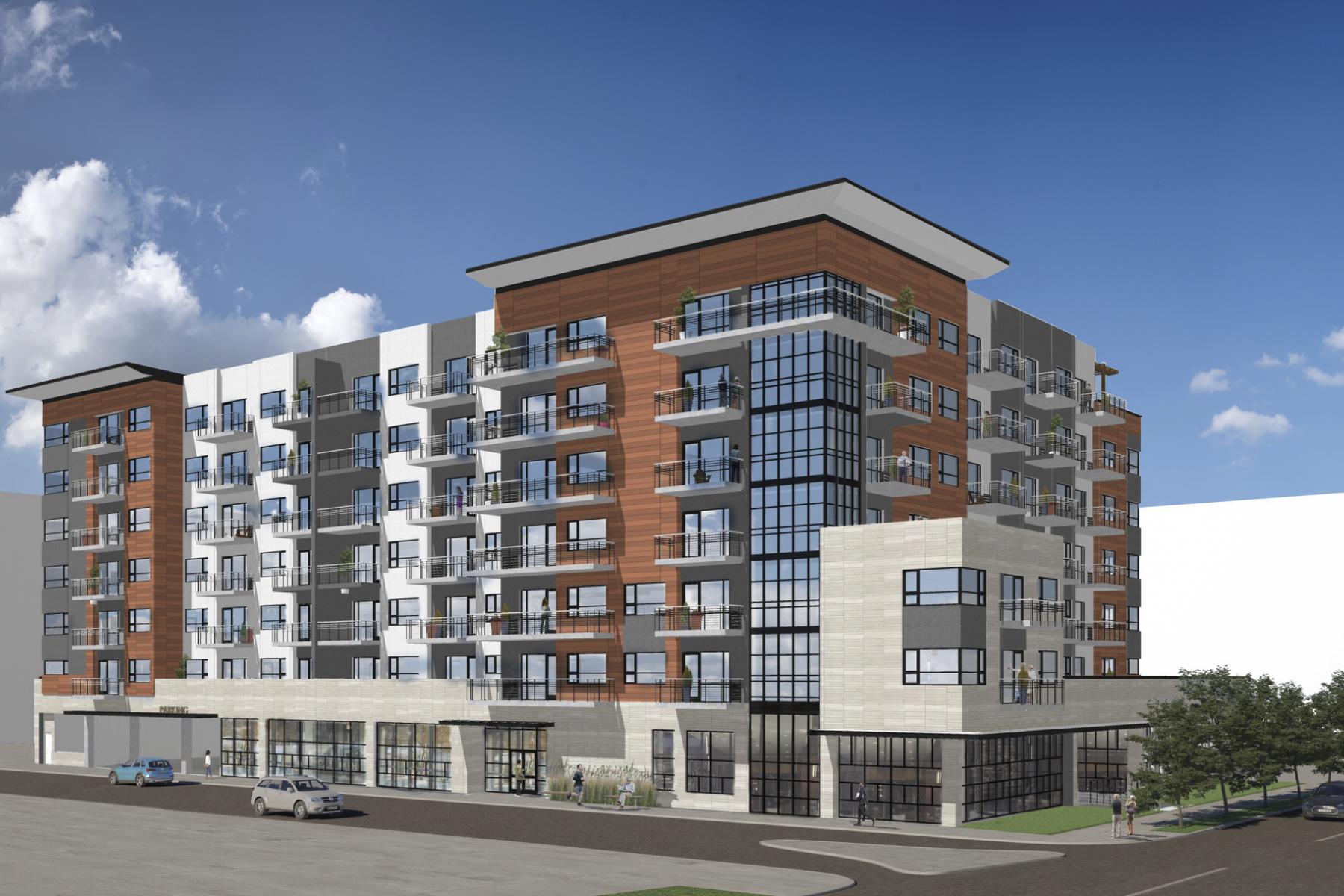 A rendering of the planned seven-story senior living complex. (Courtesy of Ryan Companies)

Construction of the seven-story, 137-unit project on 0.71 acres is expected to begin in February and be completed in the fall of 2022.