The reboot of the world’s largest model train shop has derailed.

Caboose, which earned that recognition from the Guinness Book of World Records in 2014, has given up its brick-and-mortar presence nearly four years after downsizing in a move from Denver to Lakewood.

Kevin Ruble, who bought the business in late 2016 and later converted it to an employee-owned company, said Caboose has moved out of the building it leased at 10800 W. Alameda Ave.

The business itself will continue operating, he said, although it hasn’t been decided what form that will take.

“We’re focused on getting that done,” Ruble said in late December of moving out. “After the first of the year we’re going to assess that next step. That likely means that we’ll continue online.”

Caboose, which was previously named Caboose Hobbies, has deep roots in Denver. The store opened downtown in 1938. It moved to the South Broadway corridor in the 1980s, where it had 18,600 square feet of floor space open to the public, according to Guinness.

Not many similar businesses can claim such a legacy, Ruble said.

“That’s as long as almost any business in the train enthusiast community has been around,” he said.

The business’ previous owner, Duane Miller, closed it in September 2016. Ruble arranged to buy it shortly after that. He needed a new location, and wanted a freestanding building where he could install a caboose out front. He opened in Lakewood in February 2017 in a notably smaller space — about 6,800 square feet. 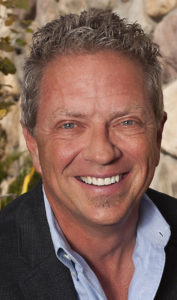 “When we reopened we had 200 people standing outside the front door,” Ruble said.

But while it may have had a fan base, the business had deep challenges, according to Ruble.

“The previous business had failed,” he said. “They had lost a significant amount of money over the previous five years … We weren’t saving it as much as we were doing the best to resurrect it.”

Ruble had previously run an actual railroad — Marquette Rail, operating 126 miles of track in Michigan. He founded the company in 2005 and sold it in 2012 for a reported $40 million, which he said was 40 times what had been originally invested in the company.

Ruble changed the name of the model train shop from Caboose Hobbies to Caboose after buying it “because of what I felt was a stigma, and particularly among professional railroaders.”

Those working on the rails often hide the fact that they’re fascinated by trains, he said.

“They’d have to wear a disguise to go into a place that had the word ‘hobbies’ above it,” Ruble said.

But the model train business has been tougher for Ruble than the short-line railroad business.

Ruble said he invested $200,000 trying to set up an e-commerce system that would work with Caboose’s abnormally-large inventory, which includes many items that are hard to source elsewhere. That effort essentially failed, he said.

“The $200,000 that was invested is a fraction of what I’ve invested total, and we’re at a point with capital where we can’t stick around six months to see what happens,” Ruble said, adding he is also selling his personal home.

The business’ staff levels have also been based off the e-commerce modeling that never came to fruition. Staff were furloughed in November.

Caboose’s retail store had been closed to the public since March 18. Ruble described the building as an old structure that “would require capital expenditures that would be significant” in order to be COVID-compliant, particularly when airflow is suddenly a concern to the average customer.

The building’s owner has put it on the market. John Livaditis of Axio Commercial Real Estate has the listing.

Despite the fact that online sales have historically been lackluster, now is the natural time to leave the physical store behind, Ruble said. And, in a twist, systems offered by outside e-commerce providers have advanced to the point that the business can now use them.

Beyond focusing on online sales, Ruble said the future of Caboose could involve private-label products or doing some of its own manufacturing. But no decisions have been made.

“At the end of the month, I’ll take a breather of some period of time — it might be a week, it might be six months,” he said in late December.

Ruble said the overall goal is to “continue to cultivate that community of, as we say sometimes derisively ‘foamers’ — people who just foam at the mouth when they start talking about trains.”

The retailer, which served enthusiasts in Denver for seven decades before moving in 2017, has given up its brick-and-mortar presence.