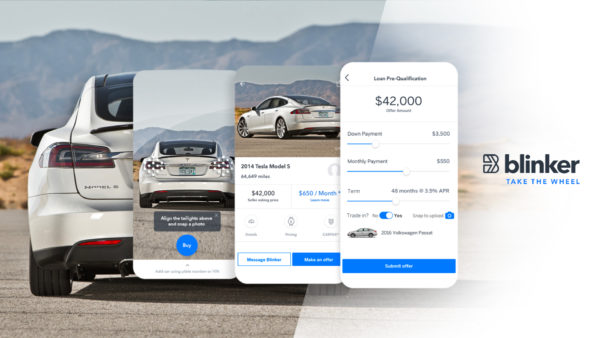 There has been a surge in demand for online used-car buying because of the pandemic. (Photos courtesy of Blinker)

As used-car shoppers go digital during the pandemic, a Denver-based startup is partnering with Autotrader and Kelley Blue Book to meet the demand surge.

Blinker launched in 2016 with patents that promised to transform car buying. Unlike Craigslist’s used-car marketplace, the app offered fraud detection, vehicle verification, financing and an anonymous messaging service to give peace of mind to buyers and sellers.

But founder and CEO Rod Buscher said the business didn’t attract enough users to build a robust marketplace that could compete with the massive marketing budgets of Autotrader and Cars.com.

Struggling to battle the used-car industry’s giants, Blinker set out to join them.

Buscher pitched Blinker’s 30 patents to industry leaders and shut down Blinker’s app after entering a five-year partnership in March with Cox Automotive, the parent company of Autotrader and Kelley Blue Book. The two sides closed the deal as the world shut down, and Blinker’s 29 employees shifted to working from home and with Autotrader’s team to enhance one of the world’s largest car-selling sites. 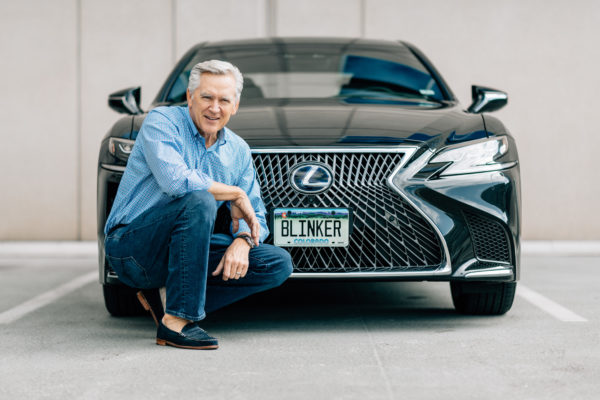 Rod Buscher is the founder and CEO of Blinker.

“We’re doing something no one’s ever done before,” Buscher said. “Being able to give private individuals the same tools that dealers have to sell their cars safely and securely with financing and DMV paperwork. Blinker has proven we can do that, now it’s just proving we can do that on a massive scale with great customer satisfaction.”

Phase 1 of the transition wrapped up in November and centered around improving Autotrader’s listings side. Sellers can now snap photos of their cars on their phones, and Blinker’s technology will scan the license plate to learn the car’s year, make and model and estimate how many miles it’s driven. Blinker uses Kelley Blue Book’s vehicle valuation system to give the car a fair market price.

Blinker’s team is now focused on Phase 2, which will bolster the transactional side and be complete by mid-2021. The site’s system will quickly handle paperwork, payments and title transfer when deals are reached on Autotrader while offering digital loan fulfillment and financing like a bank. Blinker also verifies the buyers’ and sellers’ information by scanning their driver’s licenses.

“No one does end-to-end transactions like the Blinker platform,” Buscher said. “All the other platforms, they’ll have a listing but send you to a third-party site to get financing. It’s clumsy, and people don’t love it. We made (the process) very simple for them, and they love it.”

Blinker’s technology is now used in over 25,000 listings per month on Autotrader. The startup currently makes money through a cut of Autotrader’s listing fee and will also earn a commission on financing when Phase 2 is complete. Before the deal with Cox Automotive, Blinker oversaw 200 to 300 Colorado-based listings per month and relied on a $200 fee from buyers and commission from financing.

“It was minimal compared to what somebody like Autotrader does, but it was an important time because we had to prove our platform,” Buscher said. “We had to prove that we could finance people without seeing the car or meeting the people.”

Blinker laid off a third of its staff in May 2019, about 10 months before the deal with Cox closed, but Buscher said he believes the company can easily double its workforce in the next year as it adds to its product and customer service teams.

Buscher started the company after four decades in the car space, including nine years of running used-car dealerships with Broncos legend John Elway. He first anticipated younger people with lower credit scores would flock to Blinker, but he said he was surprised to find people of all ages and credit scores on the platform — including an 84-year-old lady who listed and sold her car on the app.

He and his team are now dreaming up ways to repurpose its technology to help other banks and credit unions more seamlessly move refinancing to the digital world.

“The pandemic has absolutely made our technology more valuable,” Buscher said. “It doesn’t matter if it’s cars or technology or clothing — people are buying it at a distance. Our technology couldn’t be coming online at a better time.” 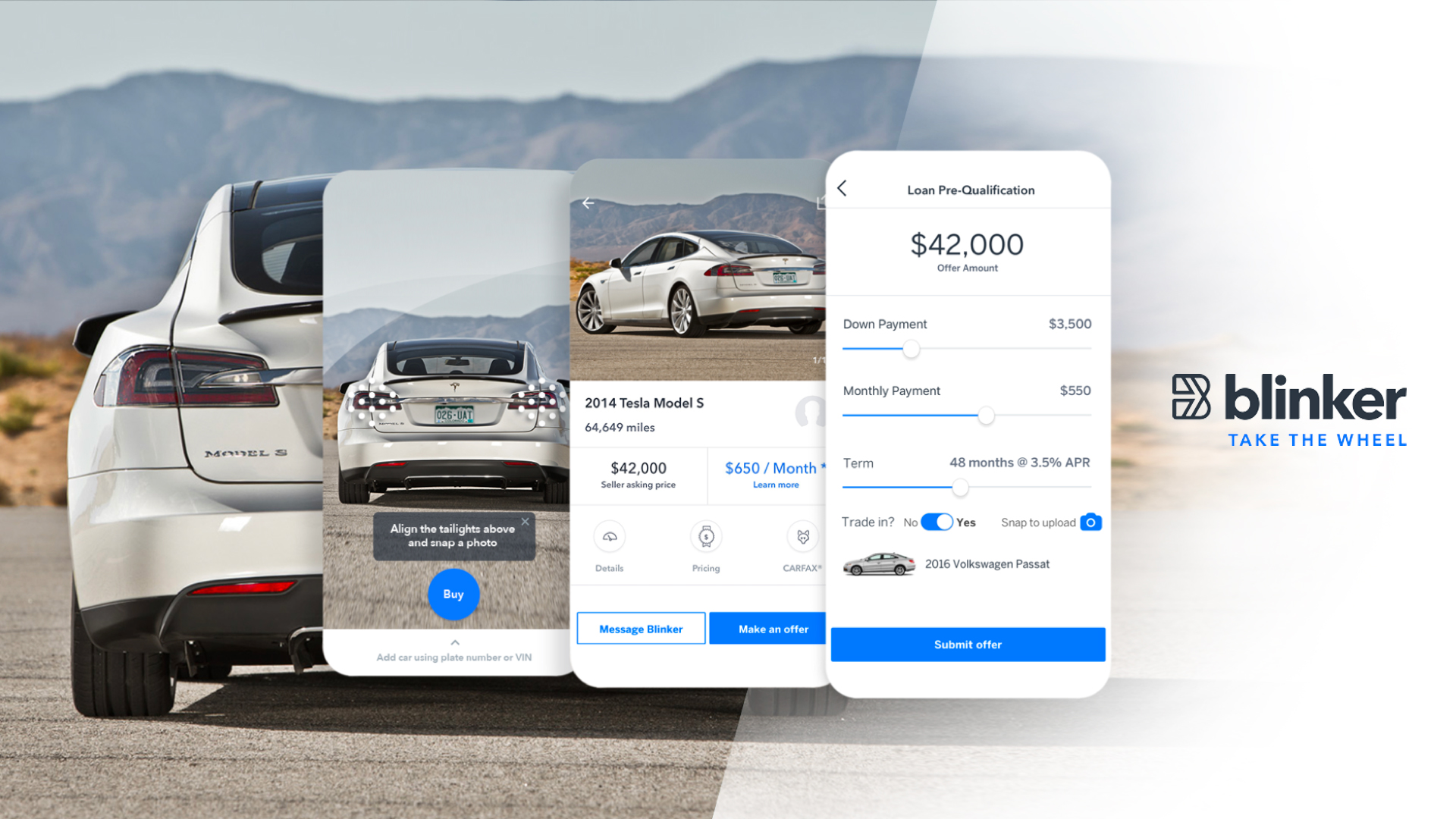 There has been a surge in demand for online used-car buying because of the pandemic. (Photos courtesy of Blinker)