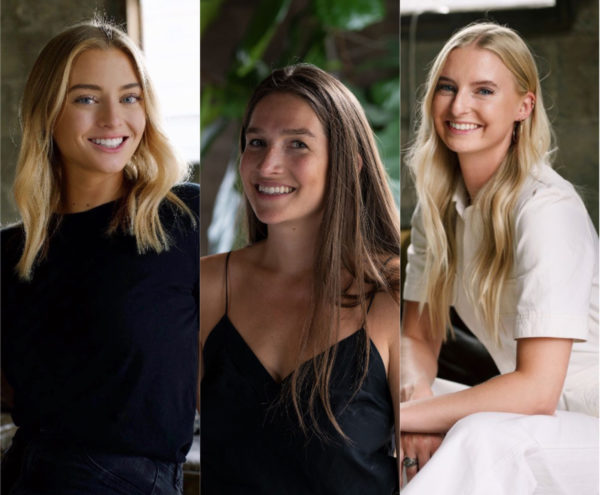 As an Olympic skier, Kiley McKinnon had tried out almost every women’s skiwear brand on the market.

But she was frustrated with the lack of both fashionable and functionable options out there.

“Right now on the market there’s obviously many technical brands out there, like North Face or Patagonia, but they don’t market to someone who wants to look and feel good on the mountain in a more fashionable way,” McKinnon said. “Then there’s fashionable companies like Moncler and Bogner, which are high-end and super expensive but don’t always fit everyone’s personal style.”

McKinnon, who skied professionally for eight years and competed in freestyle in the 2018 Winter Olympics, wasn’t the only one who was tired of the baggy outfits or tight, expensive options. Her friend Ariana Ferwerda shared the same issue after moving to Denver two years ago and wanting to invest in some new gear.

“We agreed on the fact that there was really nothing in the market that resonated with this modern female consumer that wanted something that was fashion-forward, but also sustainable and easily accessible,” Ferwerda said.

So, the two set out to start their own skiwear brand, later teaming up with Karelle Golda, who is based in San Francisco and previously helped Serena Williams launch her clothing brand. 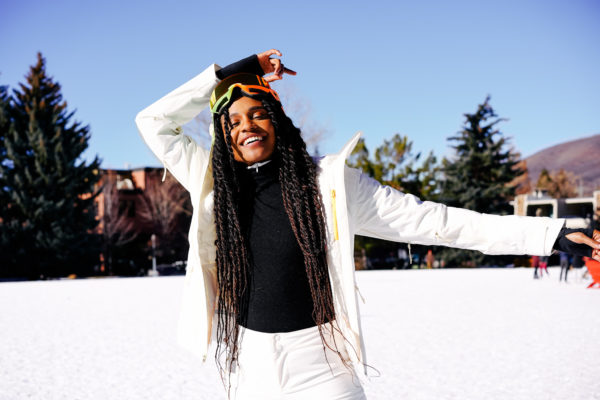 Halfdays’ signature items are the “Lawrence Jacket” and the “Alessandra Pant,” which are available in black, ivory, copper brown, deep hunter green, and mustard yellow.

The fitted jacket, which features hidden pockets and attached hand warmers, retails for $345, while the tailored pants, which are designed with an adjustable Velcro strap at the back, are $215 on the company’s website.

Halfdays also offers a belted version of the jacket, as well as a mock-neck long-sleeve top and leggings.

The three founders surveyed more than 200 women to find out what they felt was missing in the skiwear market and help design their first products. 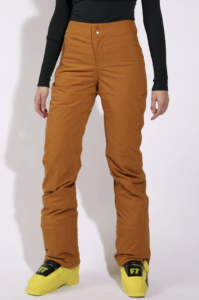 Ferwerda, the company’s CEO, previously worked for a data company that helped big brands like Amazon with their marketing strategies, and McKinnon used her knowledge as a professional skier to help design the products. Golda works in marketing and was thinking of starting her own female ski brand before she was introduced to the duo and then decided to join forces.

Halfdays sources its recycled material from Taiwan and manufactures its products overseas, according to the founders. They originally invested their own money to get the company started and later sought out external funding.

The startup is currently in the middle of raising a pre-seed funding round led by San Francisco-based venture capital firm Precursor Ventures with participation from around 15 angel investors, the founders said.

The three founders also recently moved the startup into an around 2,000-square-foot warehouse at 3833 N. Steele St. in RiNo last month.

Since it launched last month, Halfdays has already been featured in Vogue and The Wall Street Journal. It also opened its own pop-up shop on Dec. 15, which will close in March, in downtown Aspen’s The Art of the Cozy pop-up space.

“We are thrilled with the recognition the brand is already receiving,” McKinnon said. “Even a few weekends ago we were waiting in the first lift line of the day in Keystone, and I saw this girl looking at us in our Halfday sets. Then she asked who made them, and I told her we did, and she later ended up ordering some gear from us. So it’s just cool and rewarding to see it all unfold first-hand.”