Kanopy is a streaming service that offers more than 30,000 titles for library card members and college students (Courtesy of Kanopy)

One side effect of the pandemic? A lot more people are using an online streaming service free to anyone with a Denver Public Library card.

The Denver City Council last week approved the library’s request to add $625,000 to its contract with a company called Kanopy, tripling the planned original spend.

Kanopy sells access to its ad-free streaming library — think Netflix without necessarily the hottest content — to libraries and universities.

In March and April, the months immediately following the closure, new DPL Kanopy users increased more than 200 percent, and in May, they increased 150 percent, according to Stacey Watson, DPL’s collection services manager.

Fewer physical DVDs have been checked out this year, in part there was no way to do so for months in the spring.

“We needed the flexibility to divert more money from the physical DVDs to the streaming service during COVID, and the way the contract was prior to this, we just didn’t have the ability to transfer very much money over to Kanopy,” Watson said. “I don’t think we will completely spend what the contract allows, but it gives us the opportunity to balance the demand for physical with the streaming until things return to normal and we have members back browsing our collections.” 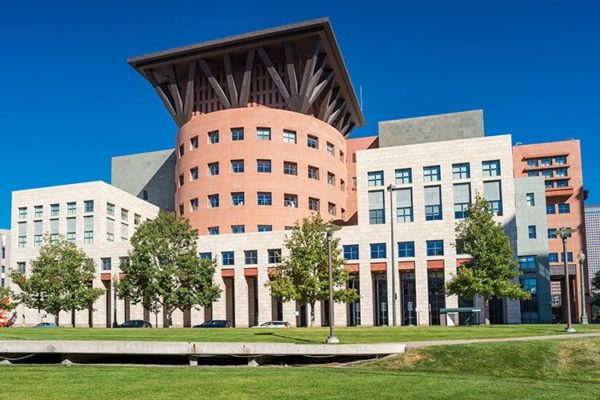 DPL entered into the contract with Kanopy last year. The initial version allowed for spending up to $325,000 through 2023, so the increase brings that total to $950,000. The length of the contract remains the same.

Kanopy has more than 30,000 digital titles, with a focus on documentaries and independent films. The company was founded in Australia in 2009 by CEO Olivia Humphrey and has a Denver office in the WeWork location behind Union Station.

DPL has around 9,400 registered users on Kanopy, and the most popular title this year has been the 2014 horror comedy “What We Do In The Shadows,” Watson said.

Each registered user has a limit of eight play credits per month, and this extended budget allows more users to join without the need to restrict play credits even more. The library is only charged by Kanopy when a film is played, which costs around $2 per title.

“Kanopy has done some great things during the pandemic,” Watson said. “For a while, there were titles you could view without using site credits, which was basically free content. Also, Kanopy for Kids does not use play credits, so kids can watch whatever they want over and over.”

Kanopy was introduced to the U.S. two years ago. In addition to Denver Public Library, it’s available to members of Arapahoe libraries and the Englewood Public Library.

Denver Public Library’s 25 branches have been closed since March, although since July members have been able to request items and pick them up curbside. There’s still no set date for when that setup will change.

“People know that even though the buildings are closed, we are still doing a lot to serve the community,” Watson said. “There’s a lot of online programming, online storytime for kids, and you can even reach out and chat with a librarian.”