A familiar face in the Boulder banking world will soon step into an important new role as FirstBank’s Boulder market head Kevin Classen prepares to take over as bank president early next year.

Classen, a banking industry veteran who started his tenure in Vail and helped lead FirstBank’s foray into the Arizona market, will succeed Ron Tilton, who is retiring in February after three-and-half decades at the institution.

“Ron set an incredibly high bar in the company,” Classen told BizWest. “In the past 35 years he’s been impactful not only to so many developments in and around Denver, but also to our processes within the organization.”

Tilton, Classen said, was instrumental in financing several high-profile projects in the Mile High City, including the redevelopment of Union Station in 2014.

“He’s an entrepreneur who’s always been innovative and highly driven who’s spent a lot of time with the next generation of leaders in our company,” Classen said of his soon-to-be predecessor. “His marks are all over the organization.”

In a statement, Tilton said he “cannot thank FirstBank enough for the opportunity to work for a company that values and prioritizes our customers, our communities, and our employees as much as we do.”

He added: “I don’t say this lightly: working here has exceeded all my expectations. While it’s hard to make such a significant change, I am proud to give our next generation of leaders, like Kevin, their chance to guide the organization and am excited to see the bank’s  growth over these next several decades. Having worked alongside Kevin, I know he’ll make an excellent president, and I’m confident the team at FirstBank is as strong, talented and energetic as ever.”

Classen is taking over the bank president role during “strange times and challenging times” in the midst of the global economic downturn and COVID-19 pandemic, but, he said, this is an era during which banks can play a critical role in supporting local businesses.

“It’s been an all-hands-on-deck effort,” he said of FirstBank’s response to the crisis. “We’ve done more than a billion dollars in [Paycheck Protection Program] loans to more than 13,000 business customers.”

Classen anticipates that “there may be another round of PPP loans that we’ll work through” and FirstBank’s near-term priority will be “continuing to support our community through all of this while looking toward the brighter times ahead.”

In the local Boulder Valley and Northern Colorado markets, FirstBank “will continue to open new branch locations and close older locations as it makes sense to do so,” Classen said. “We’ll also continue to digitally innovate. We want to meet our customers where they want to be met.”

FirstBank, which boasts $23.5 billion in total assets, has yet to tap a Boulder market president to succeed Classen, but Classen said he wouldn’t be surprised if that successor is someone who already works for the firm.

“We’re a promote-from-within organization, and we’ve taken pride in that over many decades,” he said. 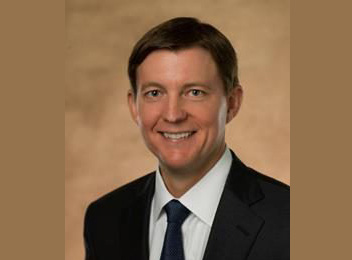