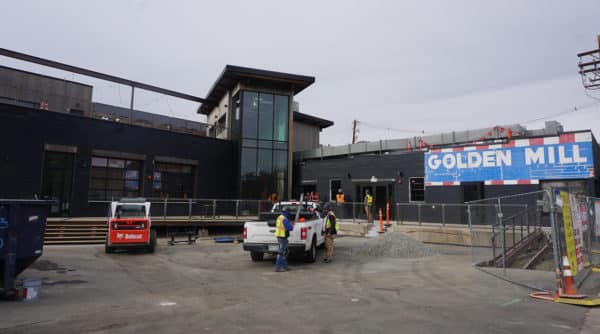 The historic Golden Mill, which originally opened downtown in 1865, is in the process of being turned into a five-stall food hall through a $6 million project.

After two years in the works, Golden Mill Feed & Drink expects to open in March, according to Mark Shaker, who partnered with three couples to develop the project.

“We wanted this project to really embrace Golden and not just be a transplant from Denver,” Shaker said while looking out from the food hall’s second story earlier this month. “I mean, look at this location. We’re right on the water; there are foothills around you, and the scenic nature is just hard to beat.”

Golden couples Susan and Wes Ganter and John and Amy McLain, as well as Don and Jayme Martin of Boulder, purchased the 1012 Ford St. property, where an animal feed store used to operate, in May 2018 for approximately $1.6 million, according to property records.

None of the six are developers or restaurateurs. Realizing they needed someone with food hall expertise, the couples partnered with Shaker, one of the developers behind Aurora’s Stanley Marketplace and Denver’s Broadway Market. 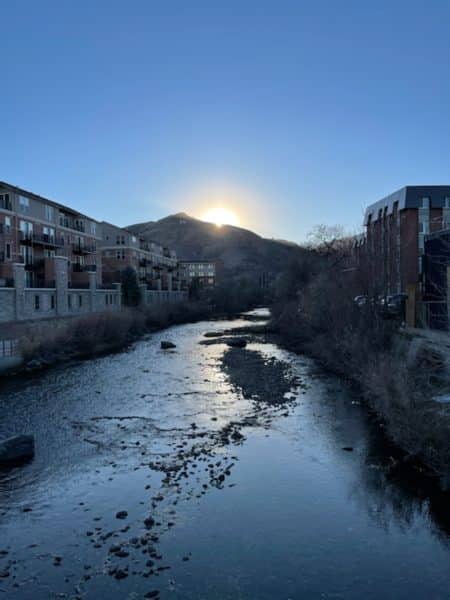 The food hall is adjacent to Clear Creek. (Courtesy of Mark Shaker)

“When we bought this space, before we even knew what we were going to do with or before we even met Mark, we knew it was too cool of a location to let it get torn down and become another condo complex,” Susan Ganter said.

Denver’s Handprint Architecture designed the project, and White Construction was the general contractor.

Prior to construction, the team received historic designation status for the mill building. The property had two adjacent buildings on it, which they connected with a two-story structure with floor-to-ceiling windows designed to mimic the mill race that powered the old wheel. In total, the food hall is around 10,000 square feet, Shaker said.

“We cherish our views here in Golden,” Ganter said. “When you look out from this rooftop, everything you see here is what Goldenites value: the North and South Table Mountains, the Clear Creek, Mount Zion behind us and Coors Brewery. You have every key view right in one spot, and now it’s accessible to everyone.”

Shaker and Ganter would not disclose the specific food vendors that will open in March, but said one will be a sushi bar, another will be a dessert stand, two are Denver-based and one already has a location in Stanley Marketplace.

There will be no bars or bartenders, Shaker said. Self-pour drink stations with beer, wine and pre-mixed cocktails will line the walls on the first and second floors. Visitors will be able to check in at a front desk and get a pre-loaded card to use at every station, “so you don’t have to deal with a bunch of individual bills from each one,” Shaker said. 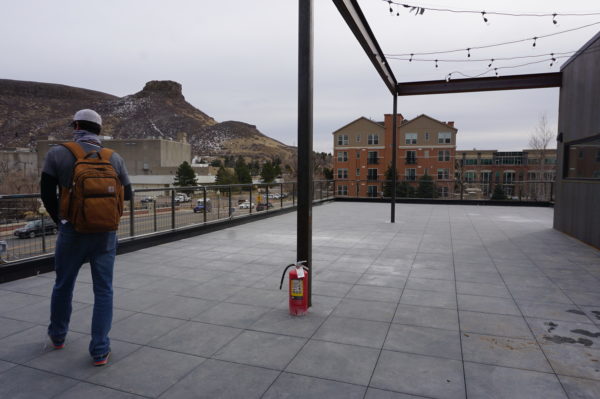 “The result is beyond what I think we could have dreamed of, and Mark really helped us revitalize this community asset,” Ganter said. “We hope this becomes Goldenites’ new favorite hangout spot or place to bring visitors and that they take as much pride in it as we have. This building already holds a lot of memories for some people, so we’re happy to make some new ones.”

This will be Golden’s second food hall following the opening last year of Tributary Food Hall & Drinkery, which was co-founded by chef Daniel Asher, best known for his Boulder restaurant River and Woods.

In addition to Golden Mill, Shaker plans to reopen Denver’s Broadway Market in March. He temporarily closed down the local food hall for the winter due to its lack of outdoor seating. Stanley Marketplace has continued to operate through the pandemic. 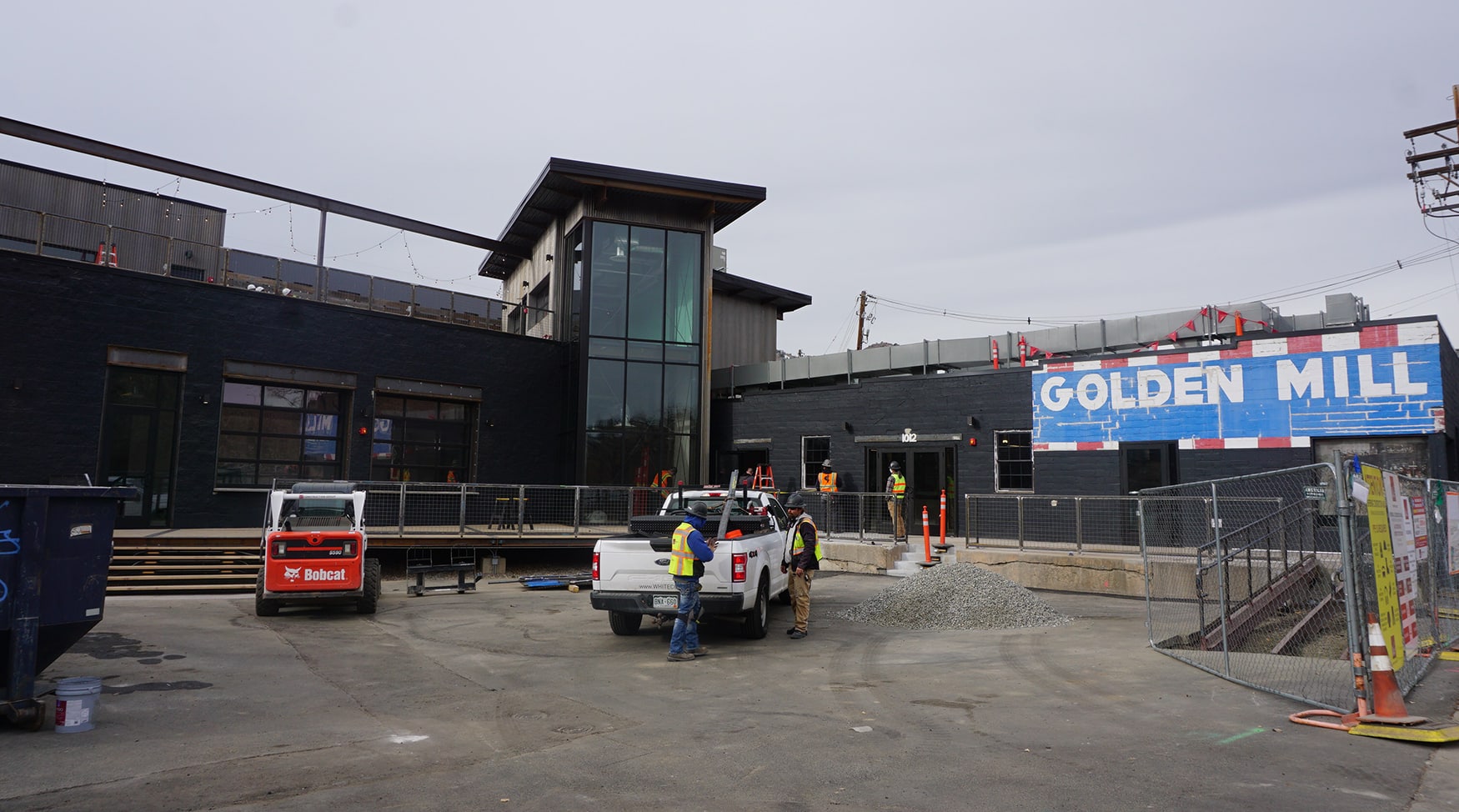 Three couples and one of the developers behind Aurora’s Stanley Marketplace and Denver’s Broadway Market are spending $6 million on the project.