Vincent Deorio has joined Atlas Real Estate as vice president of corporate development. He had been with Mynd Property Management.

Aaron Calhoon has been promoted to project executive.

Jed Sluyter has been promoted to field operations manager.

Nicole Williams was promoted to principal with Kephart. She is director of contract administration and quality control.

Helen Young Hayes has been appointed to the Business Experiential-Learning Commission. She is with Activate.

Andy Miller has joined the board of the directors of the Denver Scholarship Foundation. He is with Copley Equity Partners.

The board of directors for Envision:You: Anthony Aragon with Denver Department of Transportation & Infrastructure; Syah Taylor with The Center on Colfax; Kambria Callantine; Ed Cannon with the University of Denver; Thelma Craig with Colorado Black Health Collaborative; Jerry Cunningham with Envision:You; Steven Haden with Envision:You; Quána Madison; and Tanaka Shipp with Collaborative Healing Initiative within Communities.

Walter Isenberg joined the board of directors of the American Hotel & Lodging Association. He is with Sage Hospitality Group. 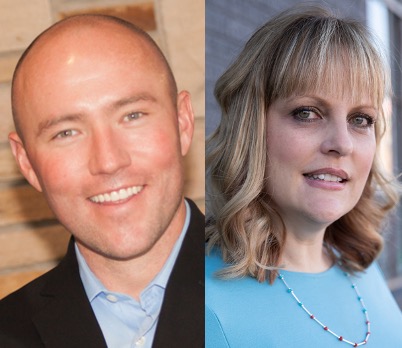