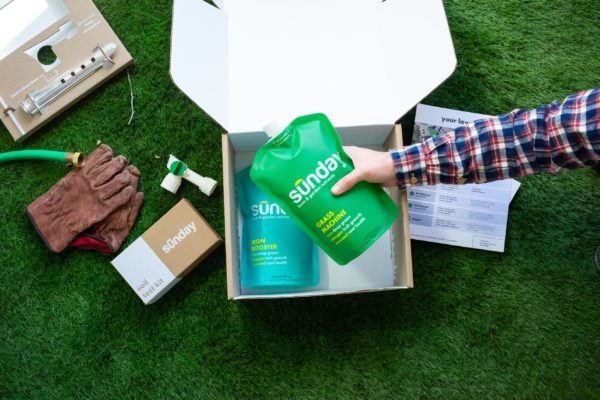 The grass just got greener for a lawn care subscription startup in Boulder.

Sunday, which was founded by CEO Coulter Lewis and his brother Trent in 2019, said last week that it has raised an additional $19 million, bringing the total raised to $29 million.

The company analyzes climate and soil data to create seasonal subscription packages customized to customers’ specific yards. It uses formulas with ingredients such as organic compost food waste and seaweed in an effort to avoid the need for harmful chemicals.

Coulter Lewis said Sunday has seen eight times revenue growth year-over-year and a 25 percent increase in subscriptions amidst the pandemic.

“Historically, the lawn care market size is similar to the U.S. cosmetic or footwear industries,” Lewis said. “There are 40 million acres of lawns in the U.S., and now, as a result of the pandemic, there’s this renewed focus on the home and caring for that place.”

Sunday’s yearly subscriptions start at $129 for smaller yards and top out at $149 for larger yards.

Subscribers receive three or more shipments of lawn care products and tools. The first box contains a soil test kit to ensure they’re receiving the correct products for their lawn.

“I wanted to find another way to take care of your lawn without being focused on toxic herbicides and pesticides,” Lewis said. “As I did some research, I found that typically managed lawns get five times more pesticides per acre than an industrial farm, which didn’t seem aligned with the way people were living today.” 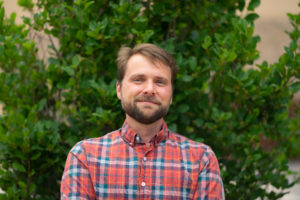 He added, “I do have a good looking lawn, but I also have kids who are continuously out there playing and a dog, so it’s not perfect. That’s the version of the lawn we’re trying to promote.

He said the old-school idea of a lawn is perfectly manicured, “but our idea of a lawn is a place where your family plays or a part of your home and it should be well used without worrying about these toxic compounds.”

The CEO said the startup will use its new funds to build out its agricultural technology to add capabilities, such as customized weather alerts. It also plans to add nearly 25 employees to its team of 40 throughout next year.

Sunday’s funding round was led by California-based Sequoia Capital with participation from New York-based Tusk Ventures and San Francisco-based Forerunner Ventures. Sunday previously secured $4 million in funding in April, and $6 million in 2019.

“We were in an ideal situation where we didn’t have to raise capital,” Lewis said. “We were in a strong position this year without this raise. But we found a partner we wanted to work with who saw our potential and wanted to see it through.”

Before launching Sunday, Lewis operated Quinn Snacks, an organic food company, with his wife Kristy, who still runs it today. He studied where each ingredient came from, how their products were grown and the way it’s packaged.

“As I was standing in a home improvement store, I looked at the stacks of toxic compounds on the shelves that you can smell from 30-feet away and realized this isn’t how we should care for our land,” Lewis said.

He teamed up with his brother Trent in 2018 and spent a year building the technology and putting together lawn care guides and kits before launching last year. 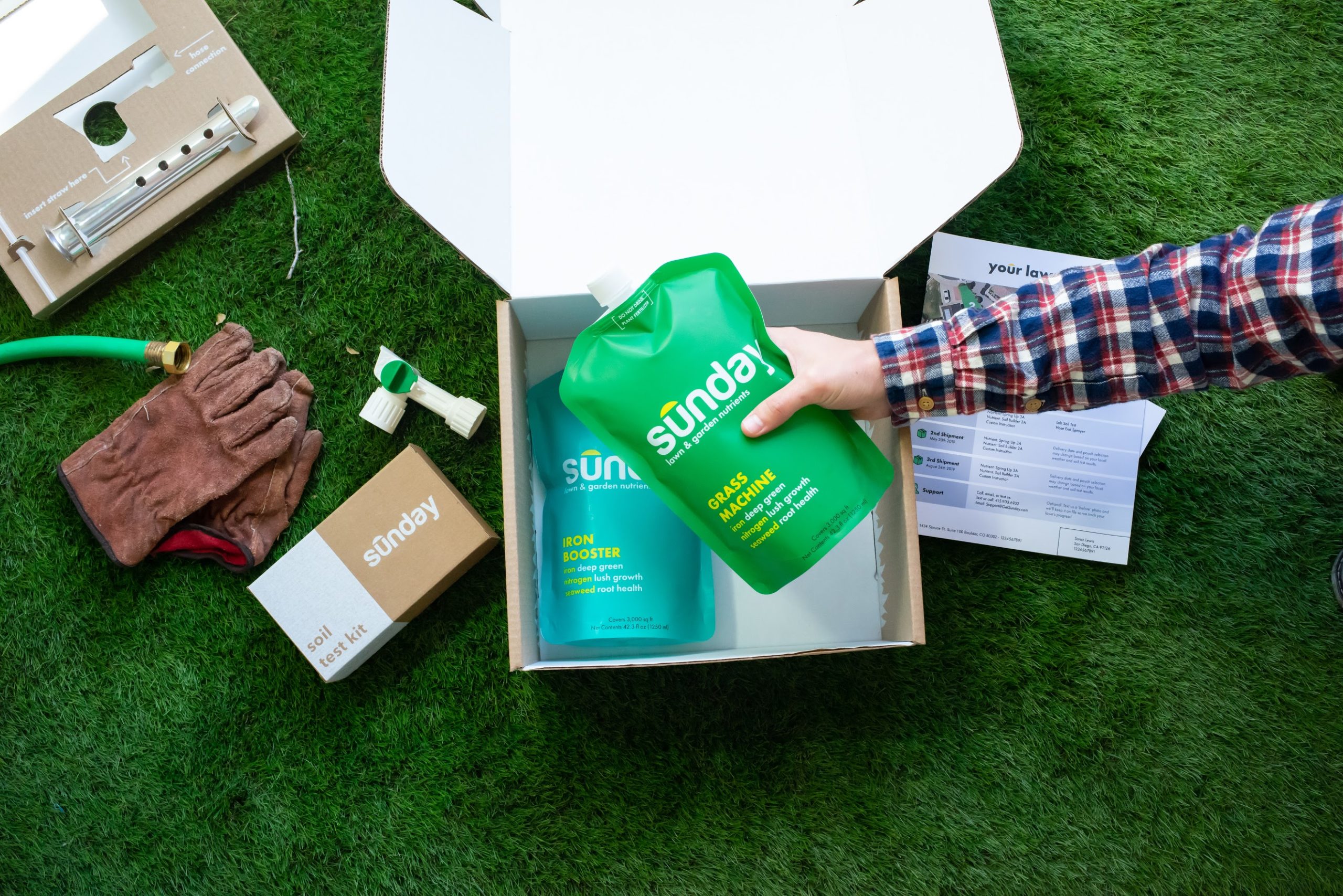