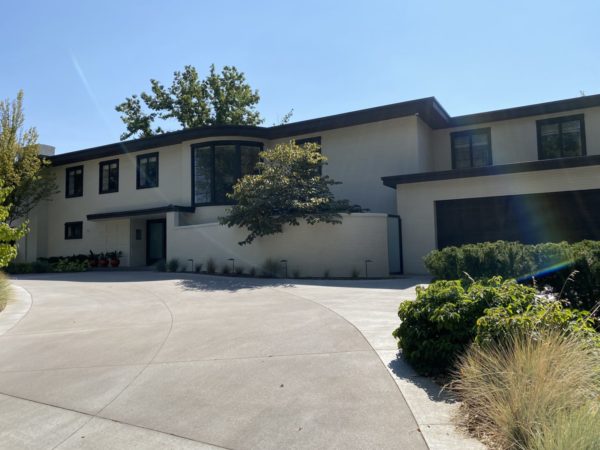 This home was originally built by prominent local architect Burnham Hoyt, who designed Red Rocks Amphitheatre, as his residence in 1942. (Lily O’Neill photos)

The home at 545 Circle Drive, which greets visitors entering the Country Club neighborhood from North Gaylord Street, was originally built by Hoyt, who also designed the Denver Public Library, as his own residence in 1942. According to the Colorado Historical Society, it’s said to be the prominent mid-century architect’s “finest surviving commission in luxury residential design.”

Sellers Kevin “KC” Gallagher, the CEO of Little Pub Company, and his wife Kelly purchased the 8,569-square-foot house for $3.9 million in 2013, according to property records. In 2014, Denver-based Sexton Lawton Architecture completely renovated the home’s interior features.

Little Pub was founded in 1994 and operates 18 Colorado-based neighborhood pubs and restaurants, such as Don’s Club Tavern on Sixth Avenue, The British Bulldog in Five Points and The Hound in Hampden South.

The home was purchased by 545 Circle LLC on Nov. 3, according to public records. Brodie Cobb is the managing member of the entity, according to documents associated with the sale. Cobb is the founder and CEO of The Presidio Group, a wealth management firm based in San Francisco, according to its website.

Here are next four priciest local home sales from November, according to REColorado: 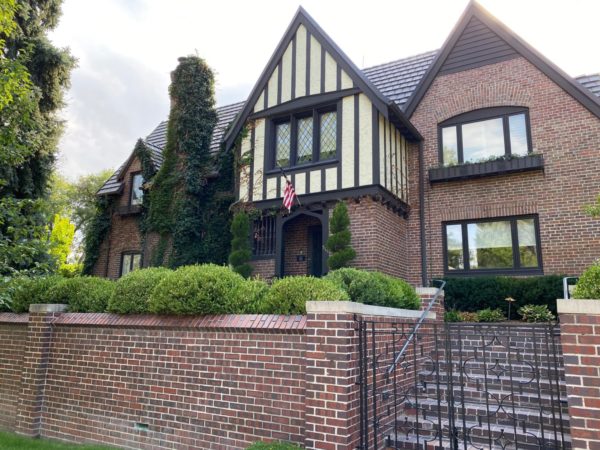 Details: Another Country Club home built by architect Burnham Hoyt made last month’s list. Built in 1927, the six-bed, seven-bath house has doubled in size over the years through various homeowner renovations, such as a newly finished basement with a bar and exercise room, according to the listing.

Professional race car driver Alex Figge, who raced in the IndyCar series in 2008, sold the 8,665-square-foot property on Nov. 12.

The unique property features original murals by famed Denver painter Vance Kirkland. Outside, there are terraced gardens, a pool and outdoor kitchen. It also comes with a three-car attached garage. 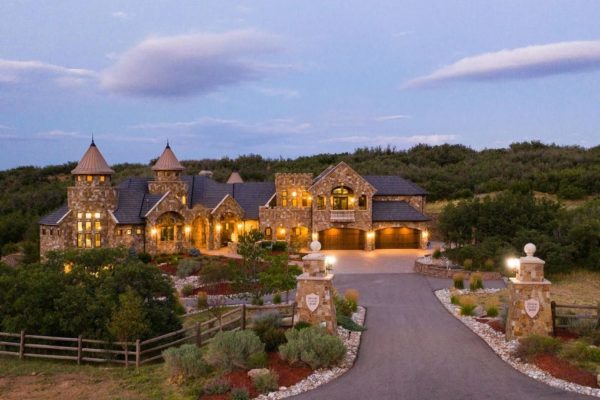 This Sedalia home sits on more than 15 acres.

Details: Sitting on more than 15 acres in the Bear’s Den gated community, this 9,111-square-foot gothic-inspired property is “truly a castle,” according to the listing.

It was completed in 2012 and features three small towers, tons of Oklahoma Red Granite inside and out, a grand circular stairway in the foye, three patios with fire features and even a pond. The five-bed, eight-bath home also includes “a kitchen fit for a king,” a private upper level with two balconies, and a walk-out lower level with a theater room, game room, full kitchen and wet bar, and an en-suite bedroom with a private entrance. 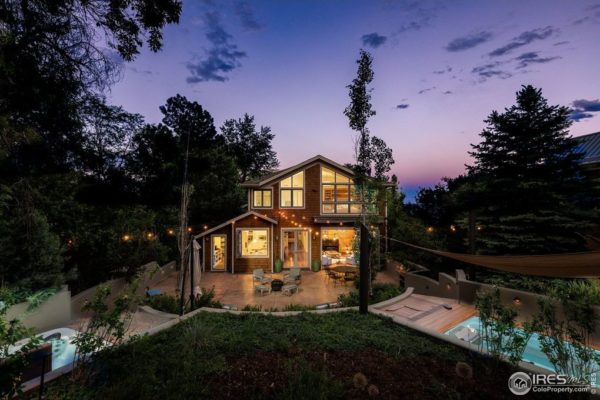 This Boulder home sold for $4.6 million.

Details: This six-bedroom, six-bathroom Boulder home on a nearly half-acre lot was completely remodeled throughout and features a library, office, dining room, butler’s pantry, and chef’s kitchen on the main floor. NanaWall doors open up to the “breathtaking tiered park-like yard” with a pool and hot tub, according to the listing. Upstairs there are four bedrooms, including a vaulted master suite. 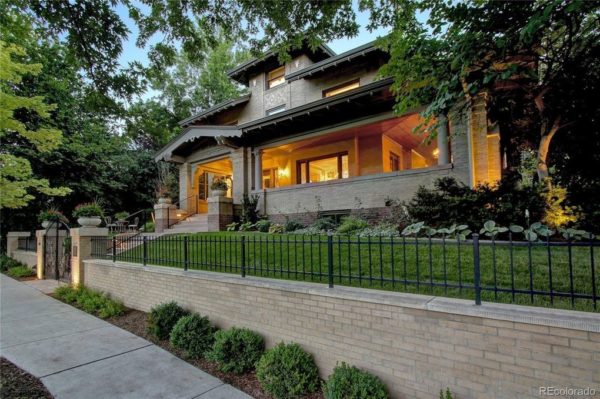 Details: Across the street from Little Cheesman Park, this three-story property is “a true oasis in the city,” according to the listing.

Outside, there’s a professionally landscaped yard, a wrap-around covered front porch that overlooks the park, a saltwater pool, a fire pit and spacious entertaining areas.

The 6,068-square-foot home’s exterior was recently restored and its interior was fully renovated to feature an open floor plan, which includes a chef’s kitchen, a great room with a limestone fireplace, and a piano parlor. The third level serves as a private guest suite, and the finished basement has a large rec room, wine cellar, laundry room and exercise room. There’s also an elevator and an attached three-car garage. 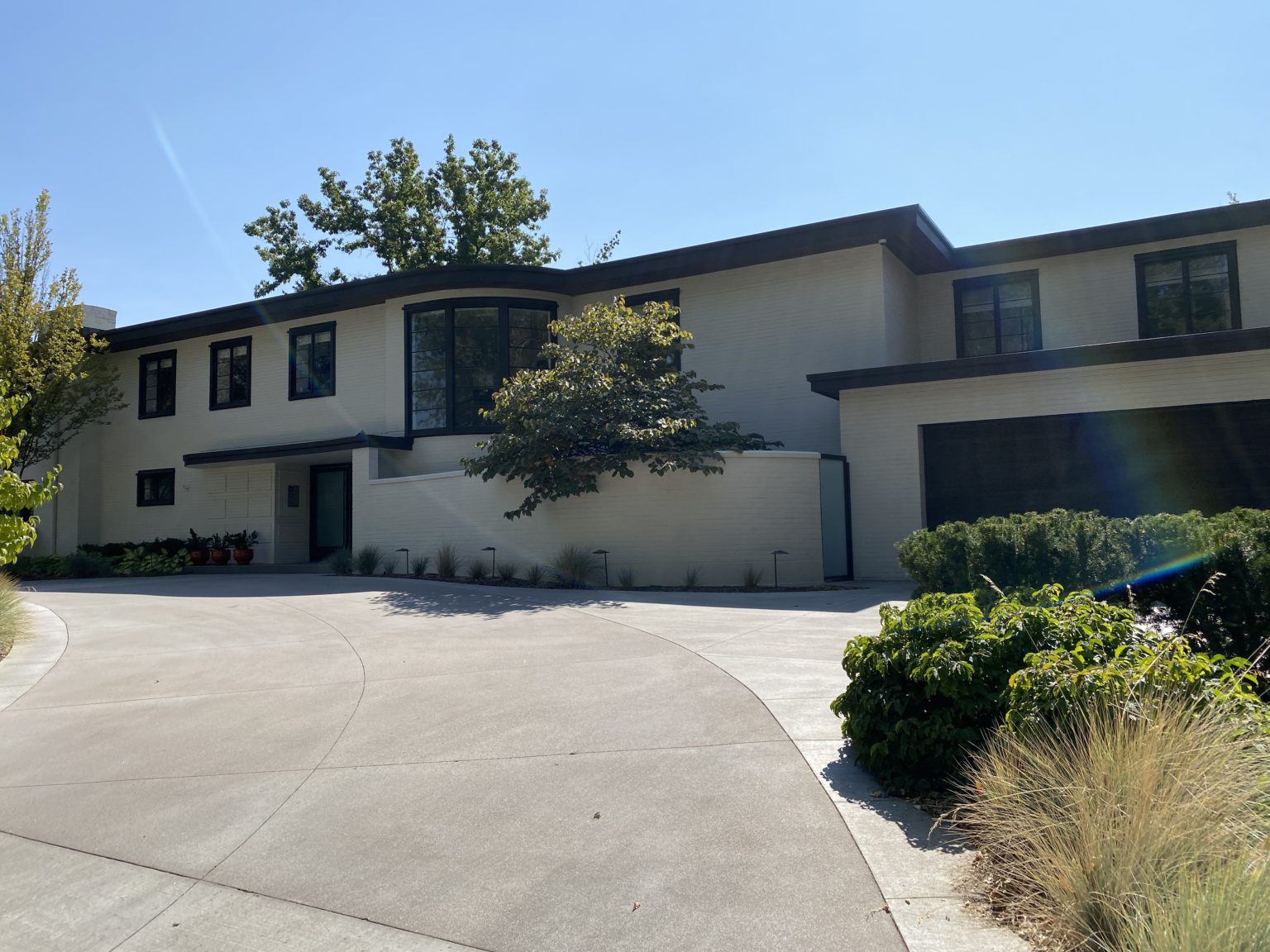 This home was originally built by prominent local architect Burnham Hoyt, who designed Red Rocks Amphitheatre, as his residence in 1942. (Lily O’Neill photos)

Both the No. 1 and No. 2 homes were designed by Red Rocks Amphitheatre architect Burnham Hoyt.