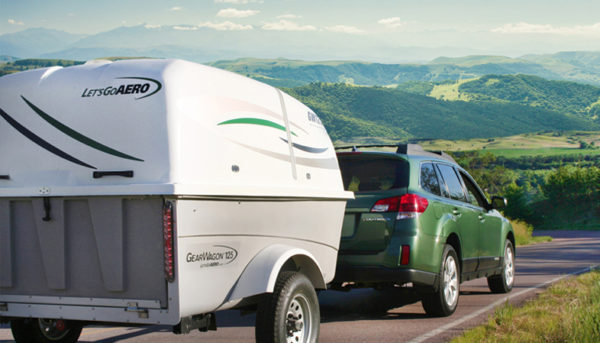 The founder of Colorado Springs-based Let’s Go Aero, which sells trailers, campers and bike carriers, filed for Chapter 11 bankruptcy last week — the second time since launching the company in 1998.

The bankruptcy filing is a result of a string of lawsuits that the outdoor gear company has received or filed over the last decade, Williams said. Last year, Let’s Go Aero ended a nine-year legal battle with Horizon Global Americas, formerly known as Cequent Performance Products.

“We were balancing a very fine precipice — trying to grow a business that’s product-based in the outdoor space while paying attorneys to pursue recovery of some of our key assets,” Williams said.

Horizon, a former licensee, sued Let’s Go Aero in 2010 for breaching a licensing agreement. Let’s Go Aero filed for Chapter 11 bankruptcy for the first time in 2011 while the case was still open; it was settled in 2012.

Let’s Go Aero then filed suit in 2014, alleging that Horizon violated one of Williams’ patents, Williams said. That case was settled two years later. But Horizon filed a countersuit in 2014, claiming that Let’s Go Aero violated the arbitration agreement from the previous settlement.

Let’s Go Aero has been selling outdoor gear since 1998.

The long-running patent and trade case over intellectual property rights to hitch-mounted bike racks and automobile accessories was finally settled last year with Let’s Go Aero winning a small amount of damages. Although the court ruled that Horizon’s bike racks were not infringing, it found that there was an oversell of hitch pins beyond what the licensing agreement allowed.

“We were working our way through the court system to a trial, but we ended up getting shuttled into arbitration,” Williams said. “And everybody at LGA that was a shareholder was loaning the company money to pay the legal fees. The legal fees to get through a judgment, which was in January 2019, ran up to about $3.3 million, and the company covered about $1.3 million of that through earnings. But the damages weren’t enough to help pay the rest, so we turned to our noteholders.”

One of Let’s Go Aero’s 11 noteholders did not agree with the repayment terms that the others reached in a discussion, Williams said.

“We volleyed back and forth across the net on this issue, and then they filed to attain a judgment in September. So that’s moved its way to the court system, but we have never opposed them,” Williams said. “We have legal recoveries underway that will repay our debt.”

Williams filed for Chapter 11 bankruptcy under the new subchapter V, which was introduced in March and is an abbreviated version of the usual process. Typically, the court holds a status conference within 60 days of the filing of the case. It also provides private trustees, who assist small business debtors and its creditors in developing an agreeable plan of reorganization for the company.

“We’ve been preparing the business for this subchapter V filing,” Williams said. “We knew about it when it came in earlier this year, and it’s ideal for this situation. We expect to be out of it in 90 days.”

Let’s Go Aero is up to date with its creditors, the founder added, and is just using this bankruptcy filing as a way to finalize an agreement with their shareholders.

“This does not affect the day-to-day business,” he said. “We have been very profitable this year and have actually seen a 40 to 50 percent increase in revenue.”

Let’s Go Aero’s most popular products are its enclosed hitch trailers for bikes, Williams said. Its newest product is a standup bike rack for storing your ride at home. 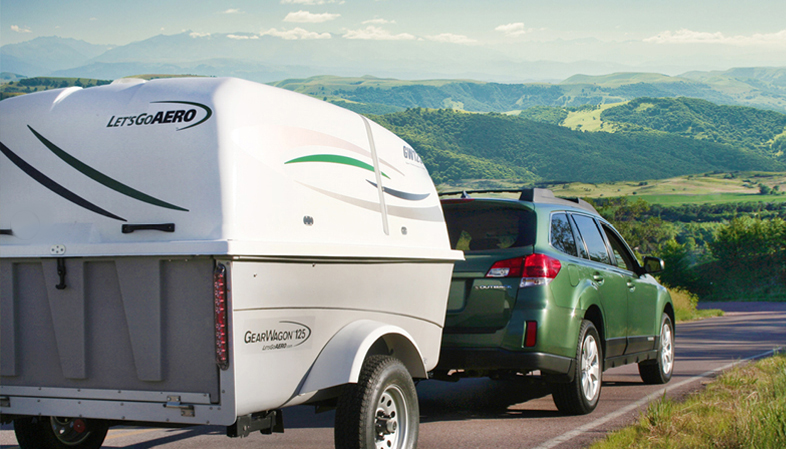 “We were balancing a very fine precipice — trying to grow a business that’s product-based in the outdoor space while paying attorneys to pursue recovery of some of our key assets,” said the company’s founder.