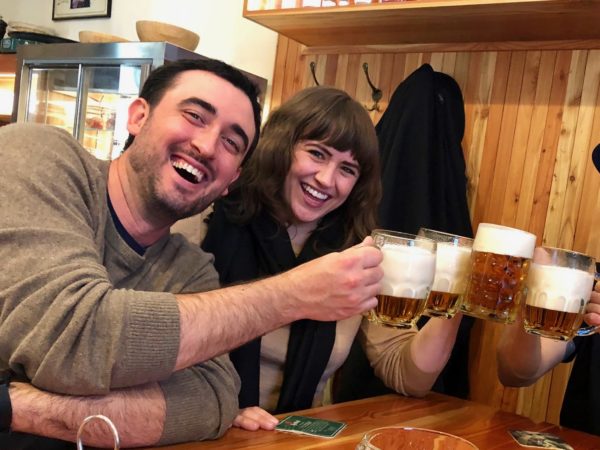 The couple met at one of their favorite beer bars in Maine, have traveled around the world tasting different beers and are now opening their own brewery to share their love for Czech-style lagers — and beer in general — with the Denver brewing scene.

The Larkins are targeting a May opening for Cohesion Brewing Co. at 3851 Steele St. in Clayton.

The brewery is within York Street Yards, the new name for a massive warehouse site that is being redeveloped to attract more retail tenants. Portland-based real estate investment firm ScanlanKemperBard Cos. and a partner purchased the site in January from local developers Ken Wolf and Ari Stutz for $77 million.

Eric has been working in the brewing industry for 10 years. He started in Portland, Maine, where he met Lisa, and worked with Belgian beers. The two moved to Colorado to be closer to the mountains in 2015, and Eric began working for Lafayette-based Odd13 Brewing, helping the company build out a larger scale production facility and brewing quite a few IPAs along the way, he said.

“I had no interest of opening my own brewery. But I had an idea that hit me while at the Craft Brewers Conference in Denver two years ago, and everything clicked,” Eric said.

He was introduced to Czech-style lagers at his old brewery in Maine, but the Larkins really fell in love with the European beer when they visited Prague with Eric’s parents three years ago, they said.

“Anytime I go anywhere I drag people to all sorts of breweries, and basically fill our itineraries with beer,” Eric said. “Prague is known for their beer. It’s the highest per capita drinking country in the world for beer. So we explored, and I could tell the scene was different.”

He added, “The beer tasted different. The methods of service were more involved. The presentation was elevated. The attention to detail was so high, but it was also just a common beverage. It just weaved its way into their daily lives.”

He became fascinated by the production method, which includes slowly fermenting the beer in open vessels, and began researching it on his own before coming up with the idea for Cohesion Brewing.

The Larkins revisited the birthplace of the pilsner again last year and met with suppliers in order to start making the vision come to life. 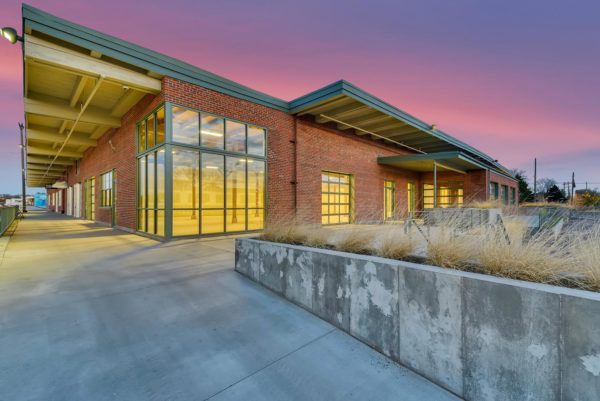 Cohesion Brewing Co. will be joining York Street Yards in this corner 3,600-square-foot unit. The owners are targeting a May opening. (Courtesy of SKB)

“It’s just a beer culture that I think Colorado hasn’t seen before, so we’re excited to introduce the traditions,” Lisa said.

While some Denver breweries may have their own Czech-style lager, Wild Provisions brewery in Boulder is the only other well-known brewery locally dedicated to Czech-inspired beers.

The Larkins, who invested their own savings and gathered investments from friends and family, signed a 10-year lease for the 3,600-square-foot space with a patio in June.

“We wanted to find an area that didn’t already have a large brewery presence, but yet was still close enough to some others to hop around,” Lisa said.

Construction on the taproom and brewery will start in January and, hopefully, end in April, they said. It will take a little more than a month to brew and condition the beer. There’s no kitchen, but food trucks will be available outside, Eric said.

The Larkins plan to use a traditional Czech naming system for their beers based on the starting sugar content in the beer. Czech beer is categorized by degree — a higher degree means more sugar, which means higher alcohol content and stronger flavor. Most Czech lagers are either 10 or 12 degrees, which is approximately 4 to 5 percent alcohol content.

“So our beers will start at Cohesion 10 and work their way up,” Eric said.

ScanlanKemperBard and Harbert Management Corp. are investing $47 million to reposition the York Street Yards property, an effort that will be done by the second quarter of 2021, according to SKB Senior Vice President Rebecca Arnold.

The property, which was built in the 1940s as a medical supply depot for the U.S. Army, features three buildings that form two long strips of vintage warehouse space, with a private road in between.

The site is bounded by York Street to the west, 39th Avenue and a greenway to the north, Steele Street to the east, and Schafer Park to the south.

Current tenants include screen printer A Small Print Shop; Winter Session, a canvas and leather bag manufacturer; and Amethyst Coffee, which operates within Realm, a photography studio and event space.

The massive site has been named York Street Yards by its new owners, who say they’re spending $47 million to reposition it.