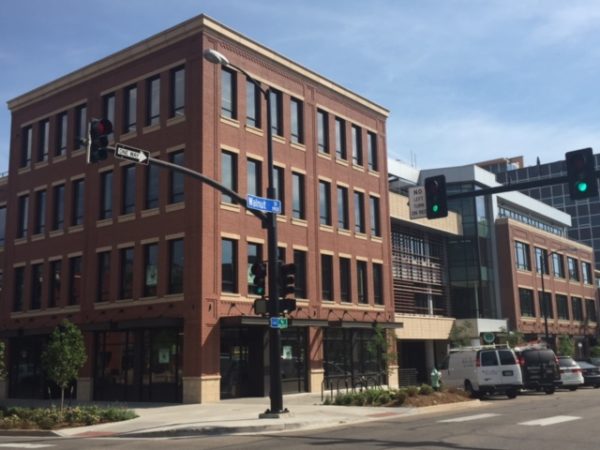 Twitter has been located in the Wencel Building in Boulder since 2016. (BizWest Archive photo)

A Twitter spokesperson confirmed that the company would take space in the under-construction Railyards at S’PARK building at 3401 Bluff St. That adds to Twitter’s 30,000-square-foot lease in the Wencel Building south of the Pearl Street Mall, where it houses an app development team. The company did not specifically say if it intends to keep that lease.

“Boulder is an important market for Twitter, and we’ll continue to maintain a sizable office footprint to accommodate our employees based here,” the company said.

The company declined to confirm when it intends to move in staff. CEO Jack Dorsey told staffers in May that they would be allowed to work remotely forever if they wish in response to the work-at-home situation forced by the pandemic.

The lease would make Twitter the dominant tenant in the 70,000-square-foot building. Element Properties, the builder of the site, did not respond to requests for comment Friday or Monday morning.

Twitter has been located in the Wencel Building in Boulder since 2016. (BizWest Archive photo)