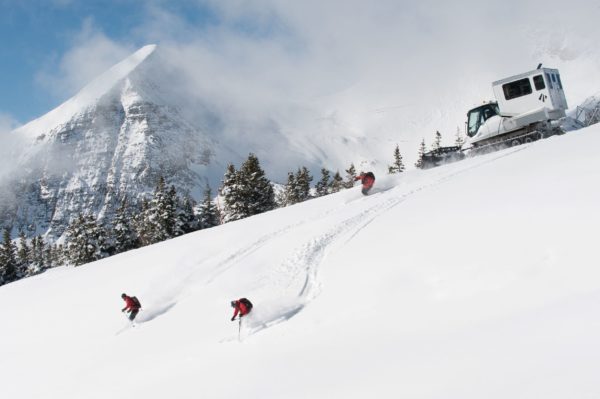 The pandemic has derailed one planned addition to Colorado’s snowcat skiing sector, although other operators remain on track.

Loveland Ski Area — which opened earlier this week — hoped to introduce guided cat skiing this season for the first time after securing approval in June from the Forest Service. The pandemic, however, has put those plans on pause, although spokesman John Sellers said it’s possible the ski area could reverse course in the spring.

Regardless, he said, the ski area is expecting a busy season.

“I think there’s always demand for skiing in Colorado,” Sellers said. “Last season ended unceremoniously, so there probably is an increase in demand.”

Ehren Samuelson, owner of Jones Pass Guides in Empire, outlined via email his organization’s plan to run safely this winter during the pandemic.

Jones Pass Guides will require a COVID waiver in addition to its basic waiver, and guests will be given temperature checks and a questionnaire regarding their health and recent interactions upon arrival. Face coverings will be required in all confined areas, including cabs of the snowcats, and guides will be separated in seating from the front of the snowcats, which will be deep cleaned at the end of the day.

Irwin Guides in Crested Butte responded to the pandemic in April by investing tens of thousands of dollars in new ventilation systems for its snowcats that now refresh air every few minutes, said Jeff Hurley, retail and equipment manager.

The operator is now starting to book day cats after allowing bookings for overnight snow cats in partnership with its lodging partner, Hurley said, adding that safety restrictions have grown stricter as the pandemic has worsened recently.

Typically, Irwin Guides allows 10 guests in each cat, but Hurley said that’s likely to change, as is the operator’s policy of allowing strangers to share a cat. He said the number of people that don’t know each other allowed to share a cat will either be very limited or none, which would limit cat booking to families or groups.

Irwin Guides primarily conducts cat skiing and guided tours, and Hurley said it’s worked closely with local authorities to follow regulations and is currently in the yellow phase. Its avalanche course class sizes have been cut to 12 from 20 and then into smaller breakout groups of four to six for training to allow for social distancing, and masks are required for in-person activities during field days. Zoom meetings have replaced traditional classroom meetings, as is the custom in 2020.

Gail Bindner, manager of Monarch Cat Skiing, said the operator will limit snowcat capacity to 50 percent by slicing the typical 12-guest limit to six. Groups have to be homogenous, meaning skiers must know and feel comfortable with each other, and guides must ride and stay in separate snowcats and cabins. Guests won’t be allowed to eat in the snowcats, and mask-wearing will be encouraged.

“Overall, the skiing should be the same, or so we hope,” Bindner said. 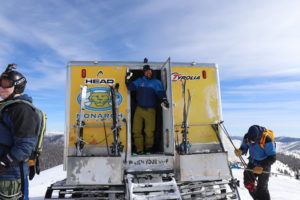 Skiing is a socially charged business that centers around customer service and in-person engagement, Bindner said, so a lot of brainstorming went into how to keep guests both happy and healthy. Many small changes will be in place, she said.

Bound by its 50 percent capacity constraints, Bindner said Monarch is hoping to see 500 guests this season — half its typical mark of about 1,000 — coming off a shortened season that ended on March 13. Monarch already has dozens of reservations, including 16 in February — which Bindner said books up quickest — as of late October. Interest normally ramps up around Jan. 10, but that’s now no guarantee.

Monarch’s success this winter hinges on the unknown: snowfall and the pandemic’s trajectory. Like every winter, Bindner and her team are controlling what they can and crossing their fingers for the rest.

“Snow will drive our reservations,” Bindner said. “If we get good snow, people will book. The forecast, we’re looking kind of in the normal range, which is good for us, usually. … (We’re) hoping (for) the best. Farmer’s Almanac says it’s going to be cold and snowy. National Weather Service is a little more science-based, I think. But they still are, you know, it’s a dartboard, and they’re kinda throwing darts at it.”

The tracked vehicles are designed to traverse through snow, but make social distancing for guests inside inherently difficult.