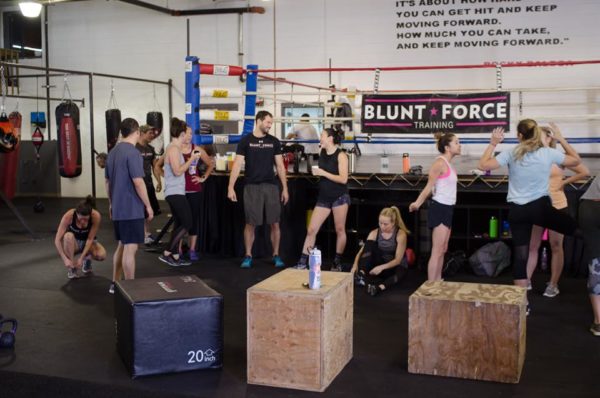 The blunt force of the pandemic has shut down another local gym.

After 10 years, Blunt Force Training at 3993 Elati St. in Globeville will close its doors on Nov. 24. Owner Tiffany Coolidge told BusinessDen Tuesday that member return and revenue was too slim to sustain the business.

“There’s so much fear built into gyms being unsafe that it was really hard to get a client base back that wasn’t fearful of coming to the gym,” Coolidge said. “That was an ongoing battle, and then on top of that there’s the mask mandates and the upcoming cold weather. I just don’t see the end in sight for gyms or small businesses with COVID.”

Coolidge spoke on the same day that Denver announced more stringent restrictions on businesses and gatherings in the city.

After the pandemic hit, the boxing and strength training gym closed down in March and moved to virtual training. Coolidge rented out the gym’s equipment and charged members around $25 a month versus the usual $150 monthly fee she collected in-person.

“It’s too hard to compete with the Peloton giants of online training, and the overhead just didn’t match the return,” she said.

Blunt Force reopened its space for personal training in May, but that only made up around 10 to 20 percent of the gym’s overall business.

“I trained a high percentage of pregnant and post-pregnant women, who are at a higher risk and too afraid to come in. So, for me personally, that was a huge loss financially,” Coolidge said.

The gym reopened for all members in a limited capacity in June, and Coolidge tried to rebuild the business, but it had lost 60 percent of revenue due to the pandemic.

The owner, whose lease was supposed to end next July, reached an early release agreement with her landlord and will move out of the 8,500-square-foot space next month. She has plans to return to the fitness industry in some capacity, such as personal training, but wants to take a step back from the responsibilities of a brick and mortar.

“With the numbers going up and winter coming, more and more gyms are going to shut down,” Coolidge said.

Over the last 10 years, Blunt Force has trained mixed martial arts fighters and even had its own team, donated $250,000 to charity and built a community around unique strength workouts, Coolidge said.

“I mean maintaining an independent, working-mom gym in Denver is pretty impressive for 10 years,” she added. “I’ve seen so many independent gyms leave and more corporate gyms and franchises pop up overtime, and to last through giving birth twice, moving locations and almost surviving a pandemic is something that I’m really proud of.”

“There’s so much fear built into gyms being unsafe that it was really hard to get a client base back that wasn’t fearful of coming to the gym,” said Blunt Force Training owner Tiffany Coolidge.