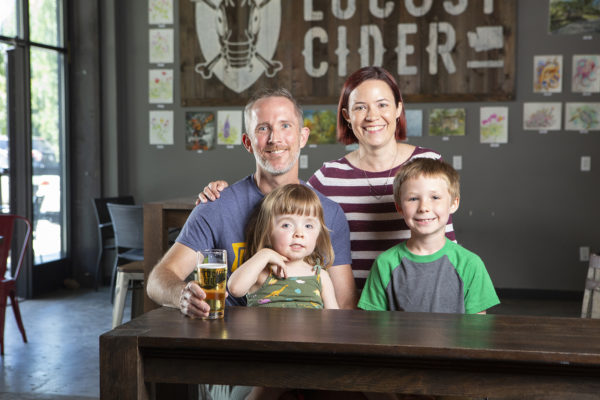 Jason Spears wants to make his cider a household name in Colorado.

The co-founder of Washington-based Locust Cider & Brewing Co. is getting ready to open two more taprooms in Lakewood and Fort Collins, after opening a production facility and taproom in Boulder last year.

“We might not be making millions of dollars off of every taproom, but the personal connection we build with customers is priceless,” Spears said.

Locust Cider serves modern, crisp cider in 16 standalone taprooms throughout North America, including Seattle and Vancouver. Outside of Boulder, it has a production facility and adjoining taproom in Fort Worth, Texas, and Woodinville, Washington, where it was founded.

It also sells cans of cider in grocery and liquor stores around Alaska, California, Colorado, Florida, Oregon, Texas and Washington.

Spears started Locust Cider with his brother Patrick in 2015.

“The taproom model sort of burst from my frustration with big name brands buying up distributors and limiting small brands,” he said. “We wanted to get straight to the customer.” 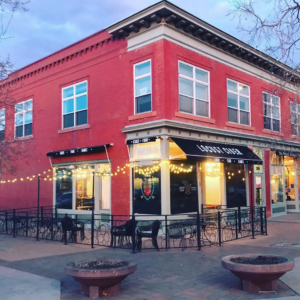 Locust Cider’s new Fort Collins taproom. It will serve food from its neighbor, The Welsh Rabbit.

The new Lakewood location opens this Thursday at 7260 W. Alaska Drive, Unit A, within the Belmar development. The downtown Fort Collins location will open next week at 200 Walnut St. Both are approximately 2,000 square feet with large patios.

“I used to live in Colorado for 15 years, and I’m honestly thinking about moving back,” Spears said. “I graduated from the School of Mines in Golden and used to own businesses here, so the expansion was 50 percent personal and 50 percent business.”

The co-founder signed leases for the spaces last year, but put the expansion on hold when the pandemic hit.

“These projects were already in the works, but in the end, we could either decide to walk away and deal with the consequences or to move forward and have optimism that things are going to get better,” Spears said. “We didn’t want to wait any longer.” 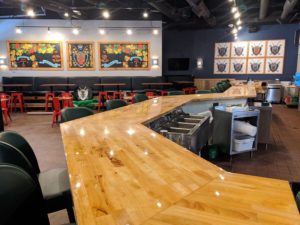 Over the last five years, Spears said the company has seen a 100 percent increase in revenue each year. This year, sales have increased by 70 percent but taproom traffic is down significantly.

“We’re still selling a lot of cans, but that doesn’t last forever because margins are a lot smaller, and it’s challenging to operate in that model,” Spears said.

Spears always donates a portion of Locust Cider’s can and bottle sales to the Hydrocephalus Association, “whether we’re making profits or not,” in support of his 5-year-old daughter, who lives with the incurable brain condition, he said.