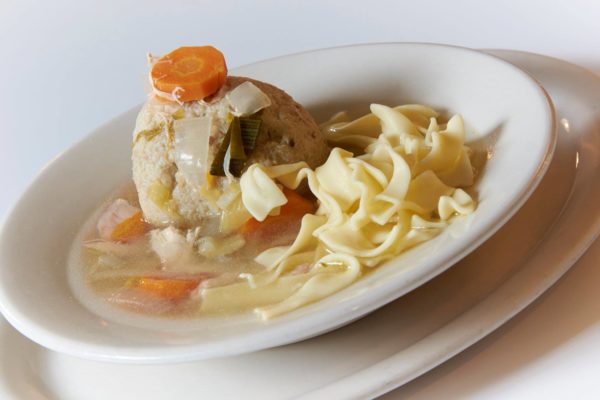 “We were like a pharmacy with our matzo ball soup,” said Zaidy’s Deli co-owner Jason Rudofsky. (Photos courtesy of Zaidy’s Deli)

After 35 years in Denver, Zaidy’s Deli has served its final pastrami sandwich.

“I’m at the restaurant now, and my customers are here reading the sign I put up about our closing. But I can’t even go out and say anything to them because I’m not in any place emotionally,” co-owner Jason Rudofsky said by phone Thursday morning, with a sigh. “Two of my longest customers are just walking away right now, and I don’t even know what to say.”

The family-owned Jewish deli, which has been at 121 Adams St. in Cherry Creek since 1992, announced its closure on Wednesday, attributing the decision to the pandemic and dreary winter outlook for the restaurant industry.

Gerard Rudofsky, Jason’s father, opened Zaidy’s on 14th Street near the Capitol building in 1985, before moving to Cherry Creek for a more neighborhood-friendly environment. There was also a second downtown location at 15th and Lawrence streets that closed in 2009. 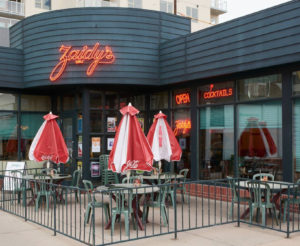 Zaidy’s Deli had been open for 35 years.

“You know what a bris is?” Jason Rudofsky asked a BusinessDen reporter. “A circumcision. We hosted one 25 years ago right in the front of our restaurant. We’ve had wedding parties and every family event you can think of.”

He added, “We were like a pharmacy with our matzo ball soup. People would come in so wrecked by some virus and ask for two quarts of soup or send some to their sick daughter.”

“People knew it was like coming home,” Rudofsky said through tears.

Zaidy’s, which served breakfast and lunch daily, stayed open for takeout amidst the pandemic shutdown, and reopened for dine-in services in May. After six months, sales were down 60 percent without the usual flow of in-house customers and catering business, Jason said.

“There were a lot of factors, and to keep going through the next couple of months with the forecast of what’s to come was too difficult,” Rudofsky said. “We spent a lot of money changing our operations to accommodate the effects of the pandemic, and we were really unable to maintain the quality we wanted to, so it left us no choice but to close the shop for good.”

With sales down, the deli couldn’t afford to buy the usual high-quality cuts of pastrami and turkey it usually served. Zaidy’s staff was also cut in half, so favorite Jewish dishes, such as blintzes, were put on hold.

“In the end, I was tired of serving subpar sandwiches,” Rudofsky said. 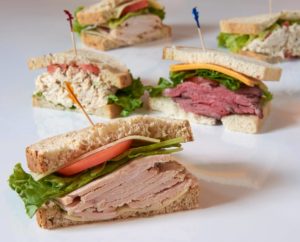 Zaidy’s Deli was known for its high-quality pastrami and turkey.

His father, now 80, opened up the deli as a way to share family recipes and offer people a place to hang out and enjoy homemade comfort food. Jason, 50, said they had customers who would come in every day, and others who were there on a dedicated day every week.

“My dad wanted a place where he could have deli fare for family, and everyone who walked through here was family, so he accomplished what he wanted to accomplish,” Rudofsky said.

But things have changed in Cherry Creek over the past 28 years, in Jason’s opinion for the worse. Parking, which was once ample, and which attracts the deli’s customers, has been increasingly hard to find as development has boomed.

“They threw up a building behind me and a building across the street both 20 stories high,” he said. “At one point, I could see 10 cranes within half a mile of me. I think the area was just overbuilt too soon and too quickly.”

Zaidy’s lease for the 4,207-square-foot space ends in December. Rather than wait for the winter months to shut them down, Jason Rudofsky said he wanted to get ahead of the game. Gerard on the other hand, “doesn’t like sitting still, and doesn’t want to retire, I’ll tell you that,” Jason Rudofsky said.

The father-and-son duo hasn’t given up hope yet on a future reopening of Zaidy’s Deli, but for now, they’ve decided to take a step back from the restaurant industry.

“There’s a need for some of the items, the product, and how we did things, but it’s going to be a rough haul,” Rudofsky said. “We wanted to leave the door open a little bit in hopes that someday sooner than later, whether it’s me, Gerard or someone else who can take over what we’ve done and duplicate our operations. But everything is changing. The whole restaurant industry is going through a really hard time. These small independent restaurants just don’t have the backing to stay open.”

“We were like a pharmacy with our matzo ball soup,” said Zaidy’s Deli co-owner Jason Rudofsky. (Photos courtesy of Zaidy’s Deli)

“I was tired of serving subpar sandwiches,” co-owner Jason Rudofsky said of shuttering the Cherry Creek restaurant after pandemic-related expenses forced him to use cheaper cuts of meat.