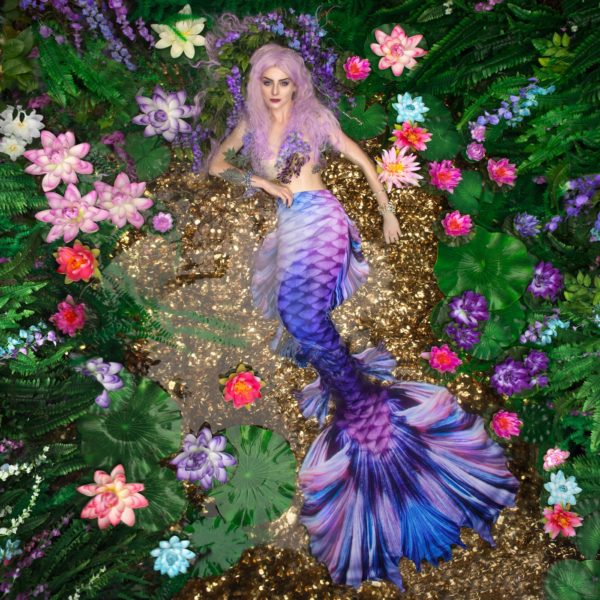 All is not calm under the sea.

Santa Rosa resident Trinity Winslow, who launched Aquariuz in 2016, claims defendant Katie Foster has failed to follow through on an agreement that would have avoided litigation.

Foster, however, maintains that she has, and that her company is now called Shello Mermaid.

According to the lawsuit, which was filed last week in federal court in Denver, Winslow applied to trademark the Aquariuz name in December 2019. Her application was approved in July 2020.

Foster, meanwhile, previously designed swimmable mermaid tails for a company known as Swimtails, which was sold in 2018 and shut down a year later. She launched her new business under the name Aquarius Mermaid Tails in October 2019.

Aquarius Mermaid Tails — now Shello Mermaid, according to Foster — sells a wide variety of slip-on mermaid tail collections online, such as The Fairy Tail, that range from $279 up to about $760, according to its website.

Foster told BusinessDen she was not aware of Winslow’s business prior to launching her own. She said Winslow sent her a cease and desist letter shortly after the launch of Aquarius Mermaid Tails, claiming to own a trademark and asking the company to change its name within 30 days.

“However, less than 48 hours after, and before I even had a chance to consult my attorney, Ms. Winslow was making public posts, disparaging me and my company and telling everyone in the mermaid community that I stole her name,” Foster said. “She did not give us any time to comply with her requests before she began spreading this false and malicious narrative.” 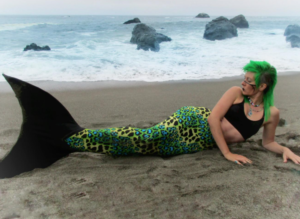 Aquariuz received a trademark for its name in July 2020. (Courtesy of Aquariuz)

Foster said an attorney told her she’d likely still be able to use the name, but that she’d be unable to expand into new markets.

“After careful consideration, we decided to change our name to Shello Mermaid,” Foster added. “By Aug. 9 our main website, our branding, our Instagram and emails had all changed to the new brand name and all mention of the contested mark was removed from those platforms. The one piece that remains is Facebook. We have requested that name be changed nearly a dozen times.”

According to the lawsuit, the two founders reached an agreement for Foster to “totally abandon” the use of the name Aquarius Mermaid Tails in exchange for Winslow releasing all legal claims against her company. Foster agreed to “make a good faith effort to comply with the provisions of the settlement and release agreement, but she refused to actually execute” it, the lawsuit alleges.

Foster said Winslow filed suit because she saw Foster’s Aquarius Mermaid Tails’ Facebook page and website are still live, although they redirect visitors to the new website for Shello Mermaid.

Winslow is asking a judge to order Foster to cease any use of the name altogether. She is also seeking “all gains, profits and advantages derived by defendants as a result of their infringement of plaintiff’s trademark” — no less than $75,000.

Foster said she is considering filing a countersuit.

Winslow did not respond to a request for comment. She is being represented by attorneys Daniel Goodwin and Shirin Chahal with Broomfield-based Law Offices of Daniel Goodwin.

This is not the only time Foster and her husband Ryan Neuman, who is also listed as a defendant, have been in troubled waters, according to the lawsuit.

In February 2019, an artist alleged Swimtails copied her design for one of their products, the lawsuit states.

“Upon information and belief, Foster and Neuman also used without permission the designs of other third-parties for its mermaid tails (for example, mermaid tails using Pokémon characters), and thus earned a reputation in the mermaid tails community of having a blatant disregard for the creative rights and efforts of others,” it continues.

By June 2019, Swimtails had nearly 90 complaints filed with the Better Business Bureau, according to the lawsuit.

“The community that purchases and uses swimmable mermaid tails is relatively small, but very active and well-connected online,” the lawsuit reads. “Thus by 2019, the defendants’ poor reputation was able to quickly spread in this community.”

Speaking to BusinessDen, Foster, who launched Swimtails in 2014, said a change in ownership played a role. Swimtails produced nearly 180,000 mermaid tails within four years, she said. Because everything was made in-house with a small team in Centennial, profit margins were extremely low.

“Financial stress in 2018 caused Swimtails to take on new partnerships,” Foster said. “Those new ownership interests changed the operating structure of the company. Because of that, the company’s performance and customer service suffered, and this ultimately led to the closure of that brand. You’ll notice nearly all of the bad reviews come during the 2018 period and after.”

“Even though those 90 complaints only represent a fraction of a percentage of our total customers, we were very concerned about each one, so after Swimtails officially closed, Ryan and I kept a customer service email open for a year after, so that we could assist customers with any issues,” she added.