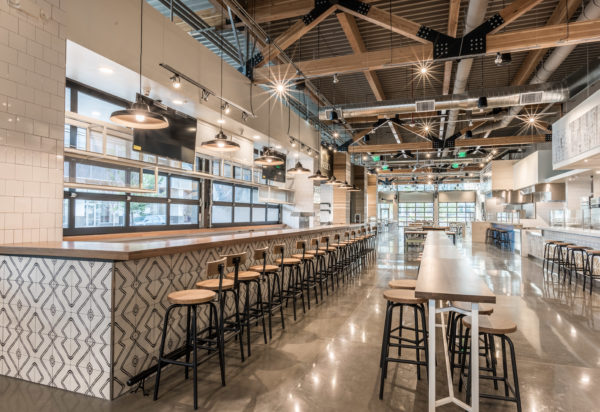 Junction Food & Drink, which originally planned to open in April, consists of a coffee shop, a 40-foot indoor and outdoor bar and 10 food stalls, although some won’t open until next month.

It’s at 2000 S. Colorado Blvd., within Lincoln Property Co.’s Colorado Center, an office and retail complex that counts Dave & Buster’s among its tenants.

National Food Hall Solutions, a Texas-based company founded in 2018 that operates food halls, has been working on the 12,220-square-foot location for two years. The company took a step back when the pandemic foiled its spring opening, deciding to wait until traffic returned to the area.

“The pandemic really threw a wrench in our plans,” said Pat Garza, CEO of National Food Hall Solutions. “It’s still a little uncertain, however, Dave & Buster’s has reopened in the Colorado Center; the movie theater reopened, and we’re starting to see people come back to the building that surrounds us, so we thought this was a great time.” 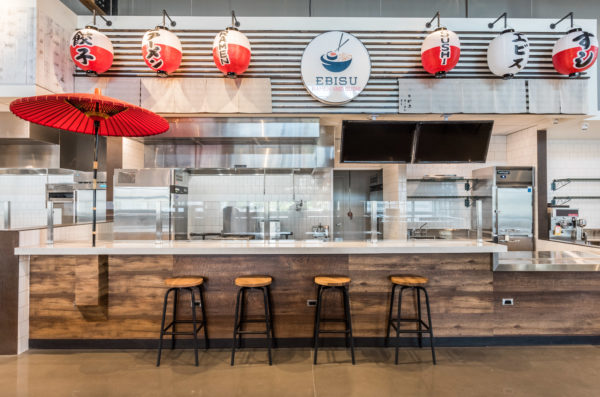 Six tenants, as well as Sonder Coffee and Tea, open their doors Wednesday:

The remaining four stalls are set to open in November:

Bird on a Wire Southern Chick’n, fried chicken sandwiches with sides such as mac & cheese and fried pickles

Lazo Empanadas, which has three locations in the Denver area

“When you open a food hall, you essentially have 12 different owners under one roof, so we have to be cognizant of our stall operators,” Garza said. “Some already have operations up and running, like Troy Guard and Lazo Empanadas, so they were a bit easier to convince to wait, but then you have some others who are ready to open and make a living.”

He added, “We wanted to let some of the new stalls open up first and get enough business in this limited capacity scenario before opening up all of them at once.” 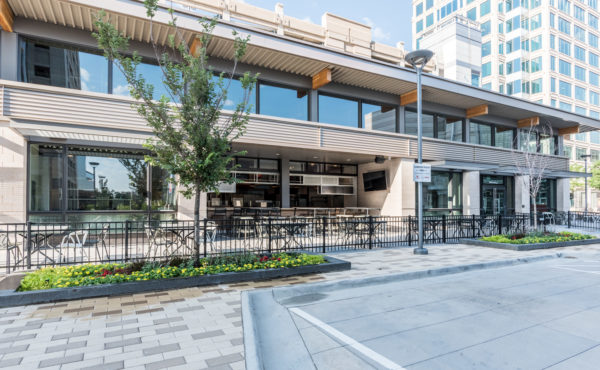 Junction Food & Drink also features a 4,000-square-foot outdoor patio, which can hold up to 160 guests once restrictions are lifted. In addition to dine-in services, the food hall offers curbside pickup and delivery through DoorDash and Grubhub.

“This space is perfect for a food hall,” Garza said. “Colorado Center has four towers around it, a Dave & Buster’s that’s been bringing in tremendous volume for well over 30 years, and a movie theater right across the parking lot. Then you have the RTD Colorado Center Station right behind you, which was a bustling hub pre-COVID. So we really wanted to take advantage of this bustling daytime center of activity in arguably one of the busiest intersections in Denver.” 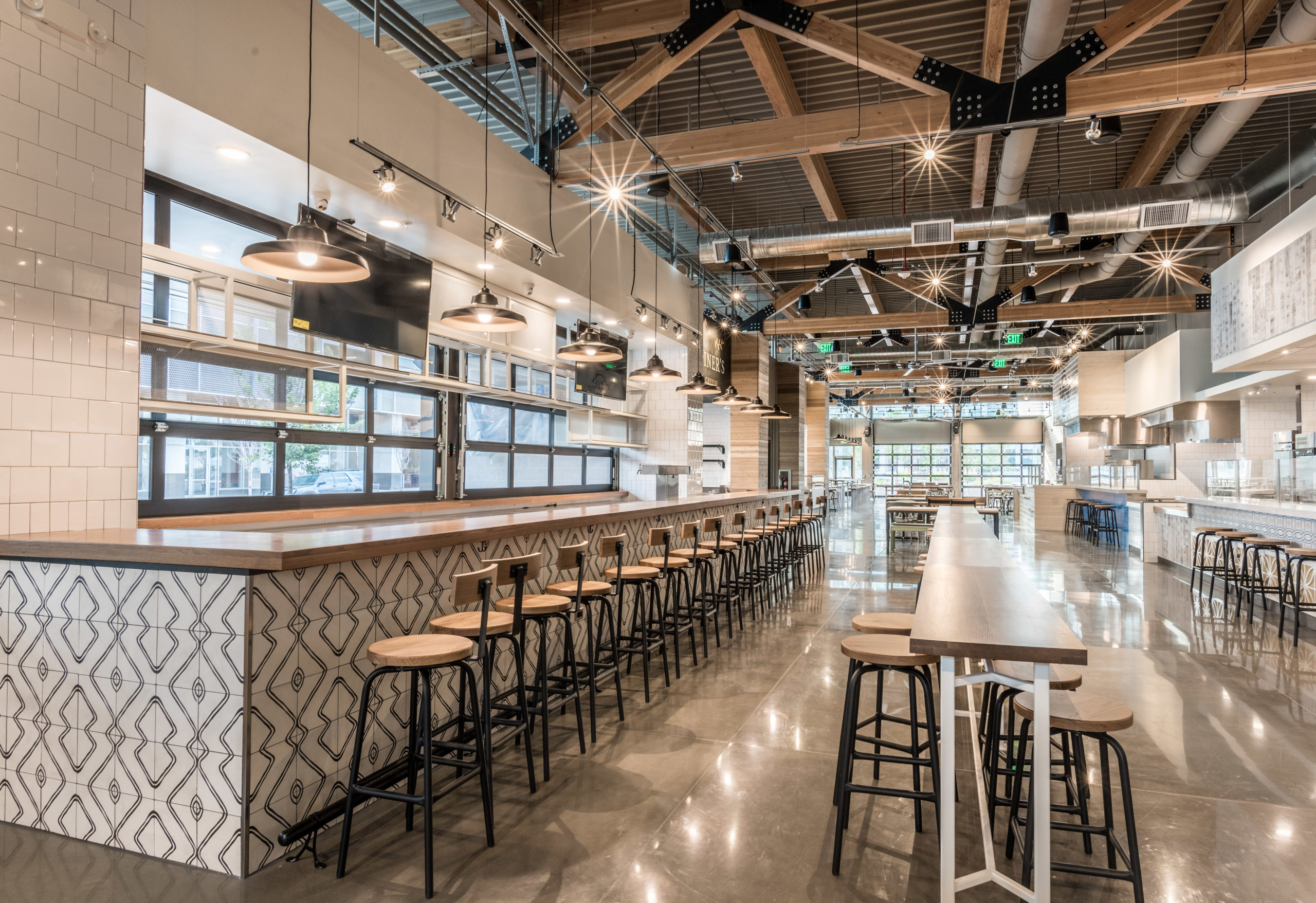 The 12,220-square-foot location at the Colorado Center was originally slated to open in April, but then the pandemic arrived.