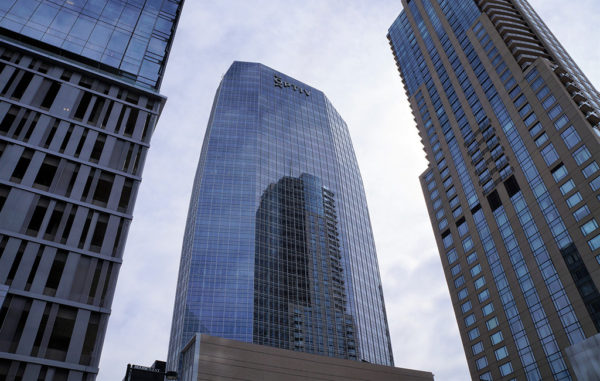 A law firm closely associated with the tech sector is shifting its Colorado office from Broomfield to Denver.

Palo Alto, California-based Cooley earlier this year leased the 23rd floor of the 40-story office building at 1144 15th St., which was completed by Houston-based Hines in the spring of 2018.

The floor was one of several in the building originally leased by Chipotle, which never moved in. Instead, in May 2018, the company announced it was moving its headquarters from Denver to Southern California. Cooley signed its lease directly with the landlord; Newmark Knight Frank represented the firm.

Cooley, which counts prominent startups and venture capitalists among clients, has about 1,100 lawyers across 16 offices in the United States, Asia and Europe. Michael Platt, partner in charge of the Colorado office, said the firm originally established a presence in the state in 1993 in Boulder.

“At the time, Boulder was almost the only tech/venture capital market in the state,” he said.

In 2000, needing more space, the firm moved to 380 Interlocken Crescent in nearby Broomfield, where it’s been ever since. The office now has about 40 attorneys and a total staff count of approximately 100.

With its lease set to expire, Platt said, the firm considered staying put, as well as locations in Boulder and Denver.

Over the last decade, he noted, the Mile High City has become a more frequent landing pad for notable tech firms, and has seen its own startup scene mature. Then there was the fact that Denver seemed to offer more for the private equity and capital market transactions side of the business, as well as more desirability for younger professionals.

Platt said that, firm-wide, Cooley is shifting to an open-office floor plan. In Denver, that will mean that only partners will be given the option to have a designated glass private office along the interior of the floor, away from the windows. And those offices will be smaller than the ones they’ve had in Broomfield.

Platt said Cooley has invested significantly in technology and sound-deadening furniture so that attorneys can go from working in the middle of the office to a conference room to the in-office cafe without missing a beat.

“We really are looking to increase the level of collaboration among attorneys by taking the wall down,” Platt said.

Cooley announced its lease on April 6, weeks into the pandemic. Platt said the date when the firm will move in remains unclear, but it won’t be before February, since Cooley has told employees to work from home through Jan. 31.

Platt said Cooley has transitioned well to work-from-home operations, in part because of the technology intended to support the open-office layout. But he said a new office is still exciting, because there are mental health downsides to only seeing colleagues through a screen, and because certain aspects of high-stakes legal work is best done in person.

“I think there are reasons why law firms will always need high-quality physical space,” he said. 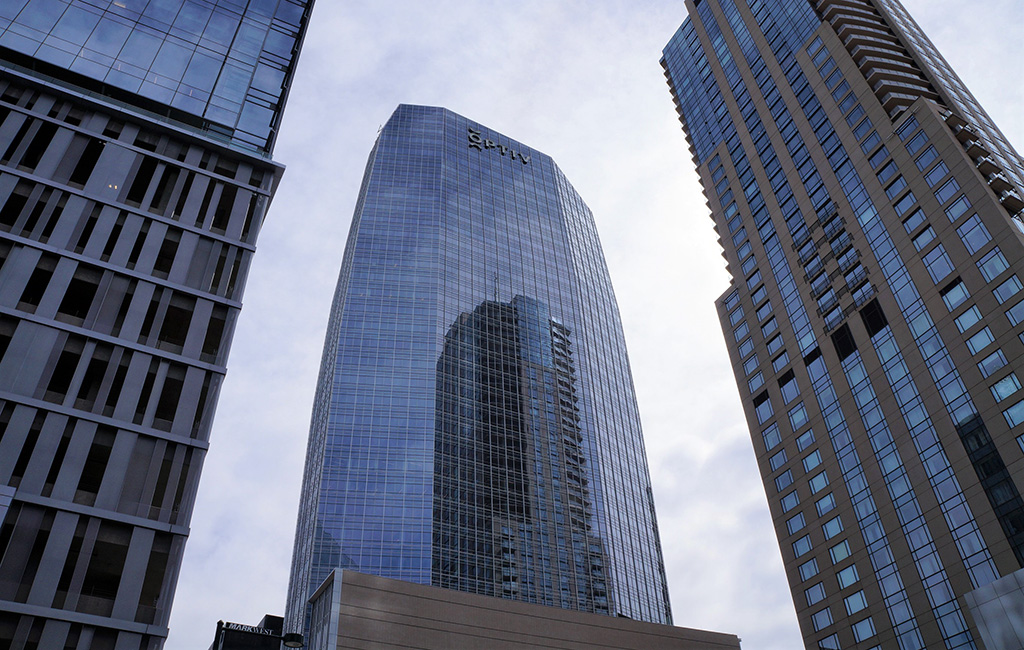 California-based Cooley is taking the 23rd floor of 1144 Fifteenth. The space was originally leased to Chipotle, which never moved in.