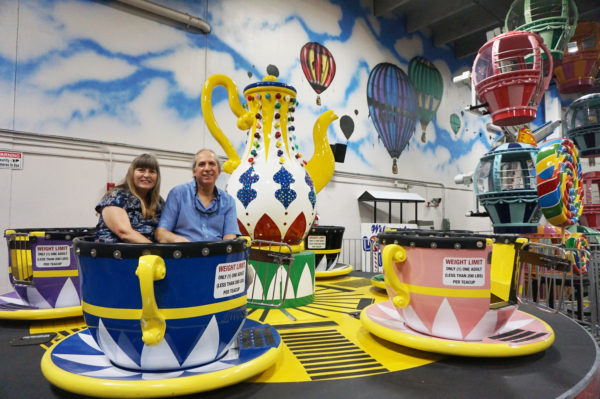 “Amusement parks are part of our culture,” he said. “Without it, I feel like a comedian who can’t go on stage.”

Elinoff and his wife Louise own Lollipop Park, a kiddie amusement park in Centennial. It’s been closed since the pandemic arrived in March, and won’t reopen. Next month, the couple will auction off everything, from the six rides and giant lollipop decorations to the security system.

“Now we’re going to be couch surfing at your house just to save some money,” Nathan joked. “There’s room in the backyard for the Ferris wheel right?”

Lollipop Park opened in South Suburban Parks and Recreation’s Family Sports Center at 6901 S. Peoria St. in 2011. Kids packed into the 6,000-square-foot space to ride the carousel and spinning teacups, hop on the bouncy castles and beg their parents to buy them a 3-pound lollipop.

The couple hosted more than 3,000 kids’ birthday parties every year, which was 90 percent of their business. Last year was their busiest ever, and they entered 2020 expecting to beat those numbers. 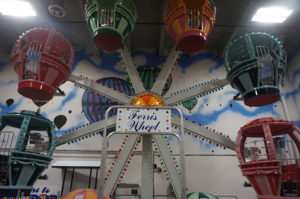 “It appears that with what’s going on all over the world, tens of millions of businesses and hundreds of millions, if not billions, of people in business are going to find it very challenging in an indoor setting, whether it’s a birthday place, restaurant, office, retail or more,” Nathan said.

He added, “It’s going to be challenging, in my opinion, for five to 10 to maybe even 10 to 20 years. People will not feel comfortable coming in.”

The Elinoffs have been in the industry for 38 years.

The high school sweethearts started with Nathan’s Physical Whimsical, an indoor park focused on physical activity, which they opened in Englewood in 1982 as a way to combat childhood obesity. They went on to open two more Physical Whimsicals in Houston a few years later. All three closed in the early 1990s.

The couple opened a second indoor park in 1986 inside the Cinderella City Mall in Englewood named Funtastic Nathan’s, which included a carousel and roller coaster. Two years later, they expanded again and opened Nathan’s Lollipop Park in Westminster, which was short-lived.

Funtastic Nathan’s became Funtastic Fun and the couple moved the business to South Broadway in 1997. It stayed there for more than a decade, until the Elinoffs wanted to get away from the growing medical dispensary scene along the corridor. So they moved into their current space in 2011 and renamed their operation Lollipop Park.

“We love the interaction with the kids and families, seeing the smiles on their faces and enjoying their time riding the rides together,” Louise said. “We’ve been watching for nearly 40 years, and it’s in our bones and blood.” 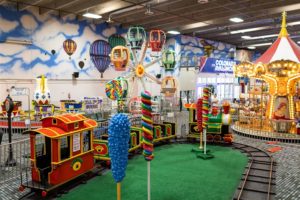 Nathan and Louise invested more than $900,000 of their own money, as well as loans, into the six rides and giant decorations that will be up for auction on Oct. 21. They plan to invite park owners from around the country, since the industry’s annual trade show in Orlando was cancelled this year. They said most auctions sell out every item.

Nathan said the miniature train retails new for $75,000 and the Ferris wheel typically sells for $550,000.  There are no minimum bids.

“When your income stops and your world stops, you’ve got to take a step back,” Nathan said. “Not only will we miss making kids laugh, we will also miss being able to write checks to charities each month. We’ve got a bin full of more than 10,000 thank you notes and cards to prove it, so it’s going to be hard to put that on hold until things pick up again.”

The couple has been planning to open an outdoor version of Lollipop Park in Parker for five years. They had already ventured into the outdoor amusement park industry with the opening of Lollipop Park in Lake Arrowhead, California, in 2009, which is currently closed.

The Elinoffs originally wanted to transfer their existing rides from the indoor venue. But since the future of amusement parks is uncertain in the wake of the pandemic, they have decided to put their project on hold.

“It would have been nice to just use $900,000 worth of rides at our new park, but we don’t know when we will be able to open. If things don’t get better with the world, it may be indefinite,” Nathan said. “So it’s best to sell these to people now who can use them, and we can add that money to our new loan and open the park once the economy is back on track.”

The outdoor Lollipop Park will be a $5 million project, Nathan said. They’ve got their eyes on two potential sites in Parker and would like 2 acres for the amusement park and 3 acres for parking. The couple said they plan to buy 14 Italian rides that both kids and parents can fit on.

Despite the pandemic, and auctioning off everything now, they still envision a future for the brand.

“The world has changed, but we’re excited to get back out there and spread the fun once again,” Nathan said. “Our goal is to build a chain of kiddie lands like they had in the ’50s for kids under the age of 10.”

Correction: An earlier version of this story incorrectly referenced minimum bids for two rides. The prices are what the rides typically retail for new. The auction has no minimum bids. 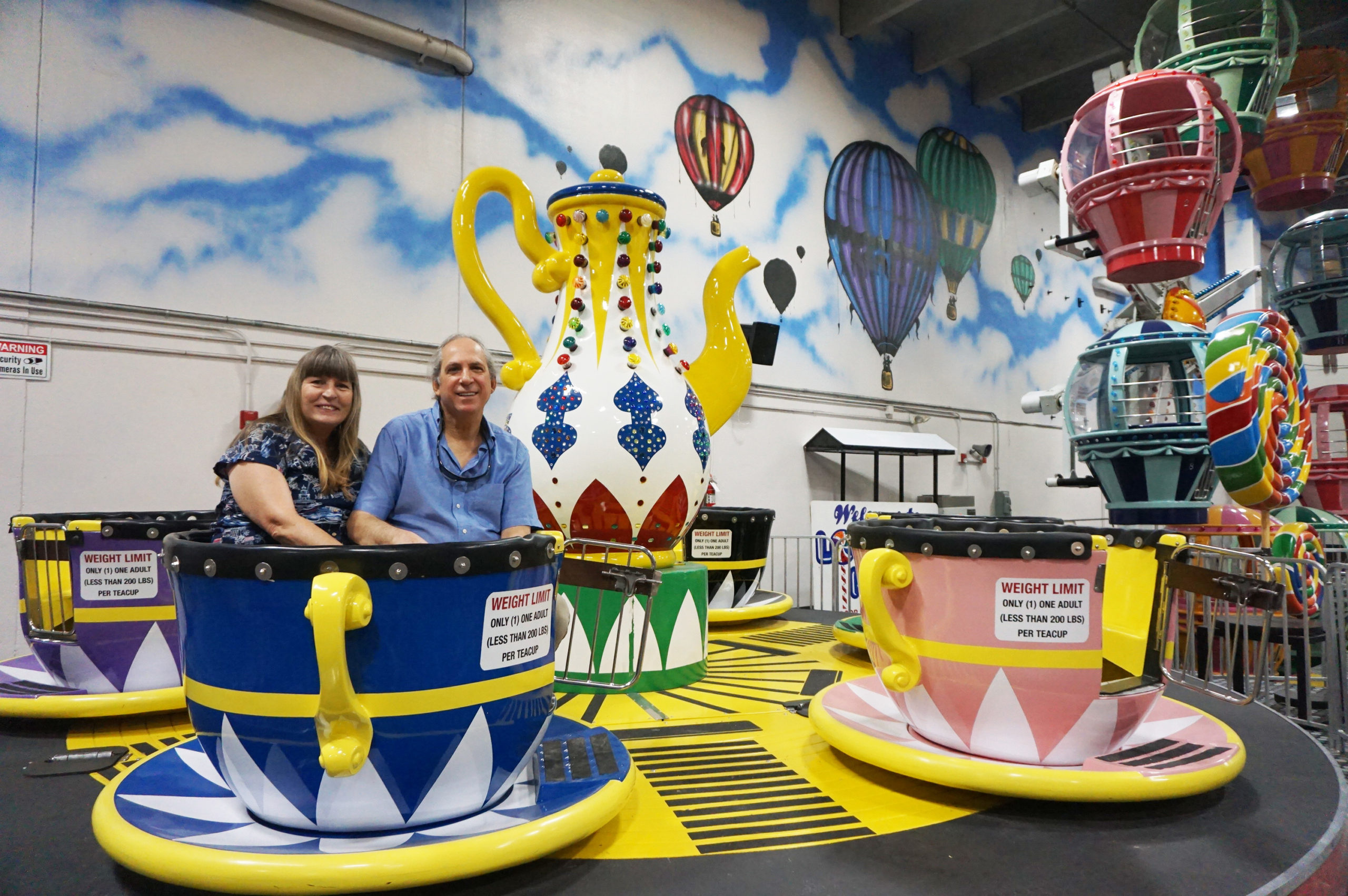 “I feel like a comedian who can’t go on stage,” said Lollipop Park co-owner Nathan Elinoff of being shut down by the pandemic.