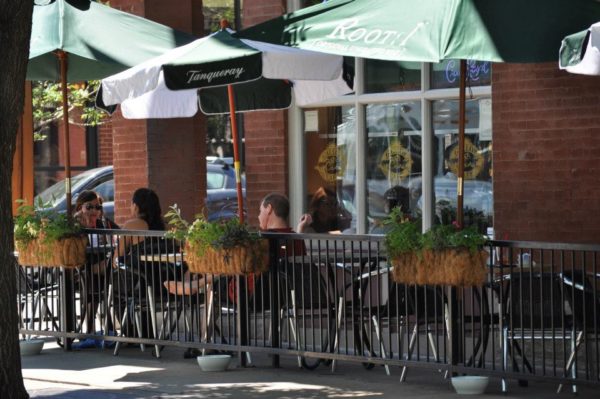 LoHi’s Gallop Cafe closed its doors last month after 16 years, but the neighborhood won’t have to search for a new brunch spot.

The owner of a Boulder deli purchased the cafe’s real estate at 2401 W. 32nd Ave., on the ground floor of The Weir Flats at The Highlands Condominiums, for $630,000 in August, according to public records.

She plans to open a brunch restaurant called On and Off on Oct. 1.

Yunhee Bae has operated Wok to Flatirons Deli in Boulder’s Flatiron business park with her two daughters Sara and Dany Joung since 2016. Because they live in Denver, they’ve been planning to open a new business here.

“We’re going to add our own personal touches, but Gallop was a good neighborhood cafe so we want to continue on that legacy,” daughter Sara Joung said.

Glen Baker and David Grafke opened Gallop Cafe in 2004 and served sandwiches, coffee and cocktails. The cafe closed in March as a result of the statewide shut down and never reopened, not even for takeout. It planned to open in July, but the owners announced on Facebook at the end of August that it would close permanently as a result of the pandemic.

On and Off will not be an extension of Bae’s Boulder deli. Instead, Joung said they will focus more on breakfast than the quick lunch offerings they serve at the business park deli.

“We want to do a lot of takeout, so we will be serving breakfast sandwiches and burritos, but there will also be room for people to sit down and have a coffee or cocktail,” Joung said.

The brunch spot will also feature some Korean lunch additions, such as fried rice and a Bibimbap rice dish, since Bae and her family are originally from there and moved to Denver in 2008.

The buyer, who also owns a deli in a Boulder business park, said she and her daughters live in Denver and have been wanting to open a business here.