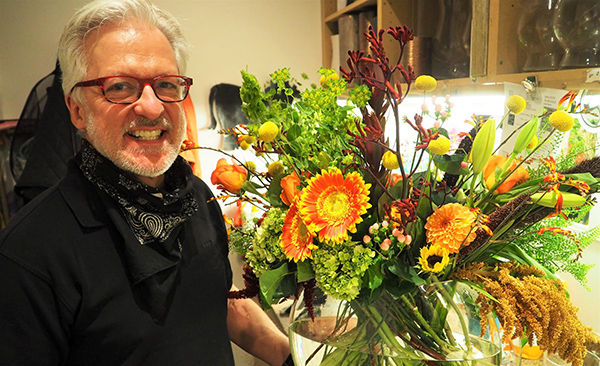 Flowers are back at Denver’s Brown Palace Hotel, under a slightly different arrangement.

Last week, florist Bouquets began filling orders from the Brown Palace annex building in a small retail unit at the corner of 17th and Tremont streets.

The space was previously home to Brown Palace Flowers, a flower shop operated for decades by hotel staff. But the shop temporarily closed along with the rest of the hotel in late April. By the time summer rolled around, guests could once again book rooms. But the hotel’s skeleton staff had yet to resume selling roses.

Meanwhile, a mile away, Bouquets owner BJ Dyer had just sold his unit at 1525 15th St., where the business had operated for 25 years. He had a deal with the new owner to lease it back through Labor Day.

“Their concierge (at the Brown Palace) was calling me to do flowers, so I’m looking at this empty flower shop knowing I needed to make a move pretty quick,” Dyer said.

That prompted conversations that led to last week’s move. While it’s not a formal name change, Dyer now says “Bouquets at The Brown Palace” when he answers the phone. 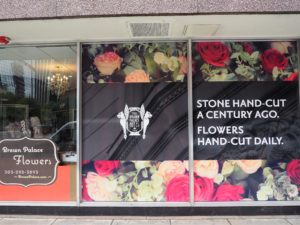 The Brown Palace Hotel has had a flower shop for years at the corner of 17th and Tremont streets.

Brown Palace General Manager Nick Moschetti cautioned that the agreement with Bouquets at this point is somewhat informal. It’s not guaranteed to be long-term, although that doesn’t mean it won’t be.

“The whole coronavirus situation has caused us to evaluate everything,” Moschetti said. “Does it make sense for us to operate a flower shop?”

Like most small retailers, Bouquets has been challenged by the pandemic.

“We’re probably at about 20 percent now of our normal gross,” Dyer said.

Normally, about 45 percent of his business would come from supplying flowers for events like large weddings and galas. Those generally aren’t happening.

There have been some bright spots, Dyer said. Several long-time customers sent large checks, asking nothing in return. Others began buying arrangements weekly for their homes, or asked if they could prepay for future orders, knowing the business likely needed cash to survive.

Dyer and a late business partner founded Bouquets in 1985. They moved to the LoDo location 10 years later, and purchased the unit in 2004 for $700,000, according to public records.

But Dyer didn’t sell his real estate because the pandemic crushed business. He made the decision to do so before the virus got serious, because his property tax bills had gotten so high.

Dyer noted that an amendment to the state constitution passed in 1982, known as the Gallagher Amendment, limits residential property taxation by forcing businesses to pay a higher property tax share.

“I’m really angry about the Gallagher Amendment,” he said. “The public doesn’t know what it’s doing to small business.”

Independent small retail businesses often can’t afford the tax rates, he said, while chains and other professional services can.

“That was a hotspot of boutique shopping,” he said of the area where Bouquets previously operated. “What they’ve been replaced by is medical spas, optometrists, dentists, IT staff.”

The flower shop’s real estate was purchased for $1 million by 1510 Wazee St LLC, according to public records. That entity is affiliated with Optique of Denver, an optometrist that plans to move from 1580 Blake St.

Dyer said he was originally under contract to sell the space for about $1.2 million, but the buyer dropped the price they were willing to pay when the pandemic worsened.

The move represents a significant downsizing for Bouquets. In LoDo, the business had 2,300 square feet not counting a basement. In the Brown Palace annex building, it has 634.

“This entire shop is the size of my cooler and design room that I just left,” Dyer said.

Dyer has left real estate he loved. Business has cratered. He’s working with three people, down from 15.

But he’s still arranging bouquets himself.

“I love this business, and having it around so long, I’m not going to give up without a fight,” he said.

“Their concierge was calling me to do flowers, so I’m looking at this empty flower shop knowing I needed to make a move pretty quick,” said Bouquets owner BJ Dyer on moving into an annex building at the hotel.