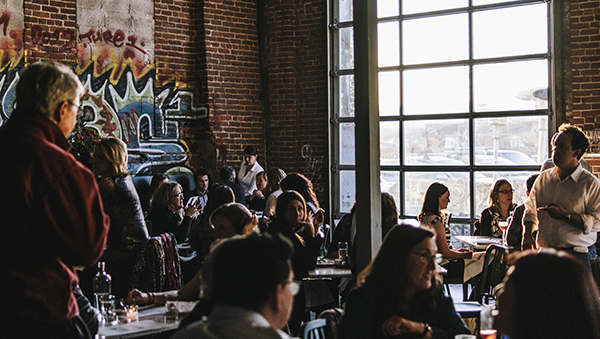 Acorn was open for 7 years on Brighton Boulevard in RiNo. (Courtesy: Luca Venter)

The Source Market Hall’s flagship restaurant is the latest victim of the pandemic.

Acorn owner Bryan Dayton announced on Instagram Tuesday that the American eatery at 3350 Brighton Blvd. in RiNo is now permanently closed as a result of the pandemic. Next door, its sister dessert shop, Melted, is also temporarily closed.

“The uncertainty this pandemic brings has forced us into making incredibly difficult decisions … Words cannot begin to express how grateful we are to our team, our guests, and the Denver community for their continued support over the last seven years, especially through these challenging times. We look forward to serving you again soon.”

Dayton’s lease is not ending, though, and he wrote that he will be taking the next six to eight weeks to come up with a new concept for the 3,300-square-foot space. The restaurateur plans to open it by the end of October.

Dayton did not respond to a request for more details.

He opened Acorn in 2013 with his chef-partner Steven Redzikowski, who left the restaurant in 2017 to focus on its sibling Oak at Fourteenth. Acorn was known for its wood-fired kitchen, rustic dishes and walls covered in graffiti. It’s the first dine-in concept to close in The Source as a result of the pandemic.

The restaurant closed when dine-in service was banned in the spring, then reopened in June for reservations-only and takeout on Tuesdays through Saturdays.

“Acorn was a pillar of the Denver dining scene for a long time,” said Justin Croft, vice president of Zeppelin Development, which owns The Source. “We at The Source were definitely fortunate to have the restaurant in its previous iteration, and I think Denver was fortunate as well. We’re excited to see what Bryan comes up with next.”

Other restaurants, such as Grabowski’s Pizzeria and Smok barbecue, continue to operate next door. Croft said business has been great for Grabowski’s, but it’s been harder for other vendors to adapt to the drastic reduction in dine-in customers.

He added that updates will be coming soon about The Source’s new concept, Temaki Den, which the chefs behind 35-year-old Sushi Den plan to open in the near future.

We’ve added Acorn to our list of restaurants that have permanently closed in recent months.

Acorn was open for 7 years on Brighton Boulevard in RiNo. (Courtesy: Luca Venter)