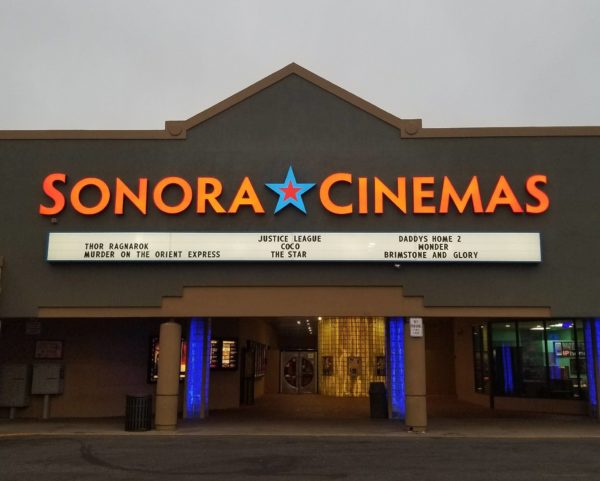 Sonora Cinemas, which has a location in Aurora, Texas and Arizona, has filed for bankruptcy. (Courtesy Sonora Cinemas)

A Spanish-language theater chain that opened its first location in Aurora in 2001 has filed for Chapter 7 bankruptcy.

Cinema Latino, which is run by parent company Sonora Entertainment, screens the latest Hollywood and Latin American films with Spanish voiceovers or subtitles. It has four locations: two theaters known as Sonora Cinemas in Aurora and Phoenix, Arizona, and two Cinema Latinos in Fort Worth and Pasadena, Texas.

Sonora Entertainment CEO Louis Sullivan signed the filing. The company did not respond to a request for comment.

As more consumers turn to streaming services to watch movies, theaters are struggling to keep up. A recent survey by Rueters and Ipsos suggests that 32 percent of 4,429 respondents would not return to theaters until a coronavirus vaccine is available and 21 percent of 1,500 respondents agreed in a poll by Atom Tickets.

Sonora Cinemas, which has a location in Aurora, Texas and Arizona, has filed for bankruptcy. (Courtesy Sonora Cinemas)

The Aurora-based company, which opened its first location in 2001, is a victim of the coronavirus and a consumer shift to streaming services.