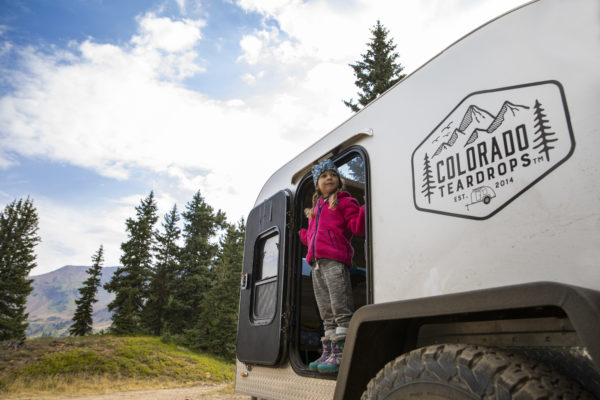 The old-fashioned family road trip is back in fashion.

And that means waitlists for Colorado-made campers are growing longer by the week as house-bound consumers seek a cure for cabin fever.

Bill Ward, president of Hallmark RV, said 2020 joins Y2K, gas shortages of the early 1970s and the 2008 crash as an uncertain time where people retreat from civilization and head for the woods. And with a Hallmark truck camper, they retain many of the creature comforts of home. 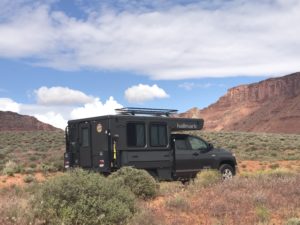 Hallmark is on pace to beat its annual revenue figure. (Courtesy Hallmark)

The company is short on parts but not customers, Ward said. Hallmark is on pace to beat its annual revenue figure of $5 million to $6 million from 150 vehicles sold.

Hallmark received around 300 new orders since March, each with a deposit of $5,000-$20,000, Ward said. In a normal year, the company would receive no more than about 20 orders in that timeframe. New RV orders likely won’t ship until October 2021.

Hallmark, based in Fort Lupton, sells truck campers that range from $34,000 to $108,000 for people that enjoy social distancing and going off the grid, Ward said. They’re made of carbon fiber with insulation designed to hold up at -50 degrees Fahrenheit.

As RV lots in national parks get crowded, sales also have soared for a Boulder-based maker of pint-sized teardrop campers designed for life in the backwoods. 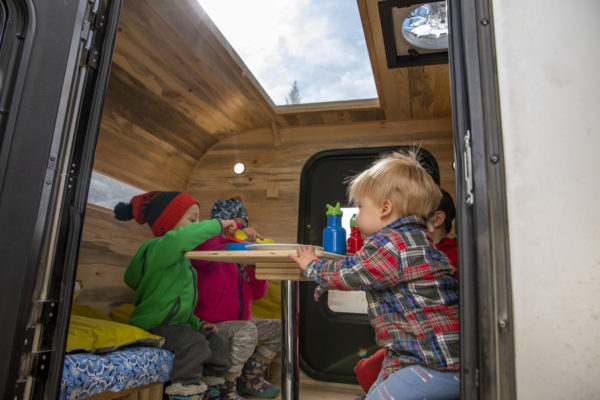 Some models have a rooftop tent, which can hold a family of seven.

Dean Wiltshire, founder and owner of Colorado Teardrops, said his company’s tents on wheels are small enough to fit in a garage and be pulled by a Subaru. Campers can socially distance and dodge communal bathrooms since the teardrops aren’t confined to RV campsites.

Colorado Teardrops already has far outpaced its record-setting 2019, as sales are up roughly 60 percent to $2.7 million from around $1.7 million, Wiltshire said. The company has sold about 125 campers, which range from $13,900-$33,000 after upgrades, from March through July, and Wiltshire credits 50 of those units sold to the quarantine.

“Are we in a bubble? Probably,” Wiltshire said, adding that the company is basking in its recent success while expecting a sharp demand in pullback, since all bubbles pop at some point. 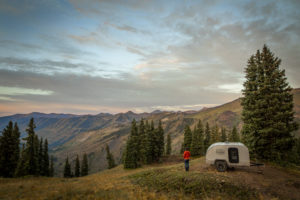 Colorado Teardrops was established in 2014.

The teardrop campers, sporting interiors of 100 to 150 cubic feet, are popular with young families. Some models have a rooftop tent, which Wiltshire said gave capacity for a family of seven with children ages 4 to 19. He said the campers are built to last generations, thanks to aircraft-grade aluminum frames.

Colorado Teardrops, which was established in 2014, has sold in 49 states — it’s still waiting on a customer from Hawaii — and grew to 21 employees from 16 earlier this year as it ramped up production to match demand.

Before the pandemic, the company made three campers per week, but after a 34-day factory shutdown as the pandemic took hold, it’s still making only two per week as its vendors were overwhelmed.

Wiltshire said the company normally sells its custom-built campers one quarter out, but that timeline has been pushed out to February. He said the company likely will sell until it’s booked through June before taking a breather. 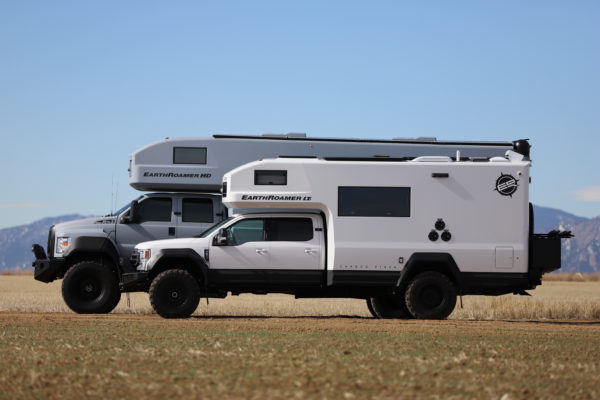 And the industry is just as busy at EarthRoamer, which builds RVs that are more expensive than most homes.

EarthRoamer said its waitlist time has stretched from four to seven months for its most popular custom models.

The company also offers refurbished PreRoamed vehicles, selling 16 of them since March. It sold 15 PreRoamed units in all of 2019. 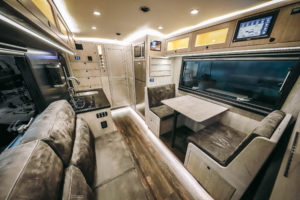 The inside of an EarthRoamer RV.

“No one wants to be inside right now,” said Ashley Larabee, the company’s marketing manager.

New orders for the company’s smaller model will be delivered by February, while the supersized HD model is backlogged through late next year. The former runs from $590,000 to $700,000 and the larger model costs $1.7 million-$1.9 million.

RV demand is seasonal, so Larabee expects it to slow in the winter before rebounding and exceeding levels from years past.

“People are realizing that you won’t always have the ability to go out and do things like you normally would have,” Larabee said. “A lot of people are converting to outdoor living as their new normal.”

“Are we in a bubble? Probably,” said the founder of Colorado Teardrops.