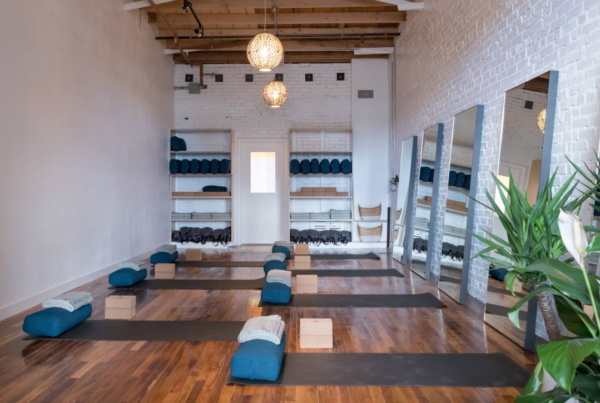 Oasis Yoga, which opened in the Berkeley neighborhood in 2018, is closed. (Photos courtesy Oasis Yoga)

Oasis Yoga packed up its mat in Berkeley.

The studio, which opened in 2018 at 4414 Yates St., has been closed since March and its exterior sign has been removed from the building.

Court records show that Oasis Yoga’s landlord, Downtown Property Services, sued the studio founders on July 27, saying they have breached their lease by failing to pay rent and abandoning the space.

“Sometimes landlords are presumed to be bad, and I think this is a perfect example of a tenant trying to take advantage of the situation, not the landlord,” said Don Schmitt, director of property management at Downtown Property Services. 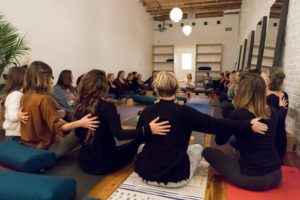 A former class at Oasis Yoga.

Oasis studio co-founders Alyssa Manny, Kelly Misuraca and Devon Barrow did not respond to a request for comment.

Downtown Property Services, which manages the six retail stores in the strip center on Yates St., deferred tenant’s rent for April and May, and worked out a plan with most for June, Schmitt said.

“Oasis would not return our phone calls,” he said. “The owners began complaining about a tenant next store, and we suspected they were doing this to try to get out of the lease but never directly complained to us. Then in early July they took down their sign and left, and we never spoke to them. We didn’t evict them; they just left the space.”

Co-founder Manny, who also opened a sister studio Ohana Yoga + Barre in the Highlands three years ago, is listed as the lease’s guarantor and is being sued for breach of contract, as well. She founded Oasis with her two friends as a way to provide a slower, more relaxed yoga retreat, according to the studio’s website.

Lawrence VandenBout and Max Stich with Denver-based Tiemeier & Stich are representing the landlords.

Oasis Yoga, which opened in the Berkeley neighborhood in 2018, is closed. (Photos courtesy Oasis Yoga)

“Sometimes landlords are presumed to be bad, and I think this is a perfect example of a tenant trying to take advantage of the situation, not the landlord,” – landlord Don Schmitt