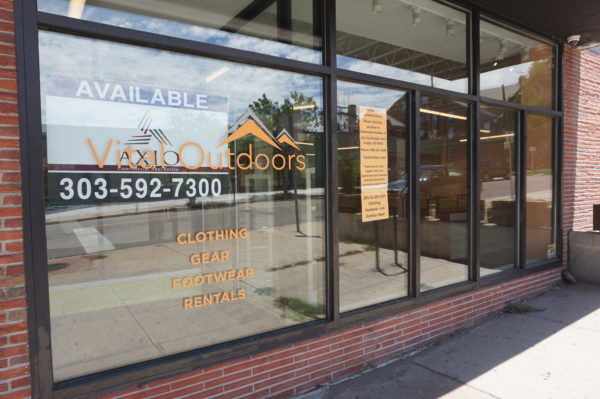 Vital Outdoors, which opened its second location in Capitol Hill last year, is up for lease. (Lily O’Neill)

A short-lived outdoor gear retailer’s space in Cap Hill is now up for lease.

The Vital Outdoors shop at 900 Lincoln St. opened in March 2019 and had been closed since the governor ordered a statewide shutdown earlier this year. The unit went up for lease last week.

It was the second store for Vital, which has operated at 1224 Washington Ave. in Golden for 12 years. The company sells backpacking and camping gear, footwear and snow sports apparel, in addition to offering rental gear.

Vital co-owner David Livingston told BusinessDen he is trying to work out a deal with his landlord, Chicago-based Laramar Group. But inventory has been removed from the store, and a sign directs customers to visit the Golden store or Vital’s website.

John Livaditis with Axio Commercial Real Estate is marketing the 5,000-square-foot space on behalf of Laramar. 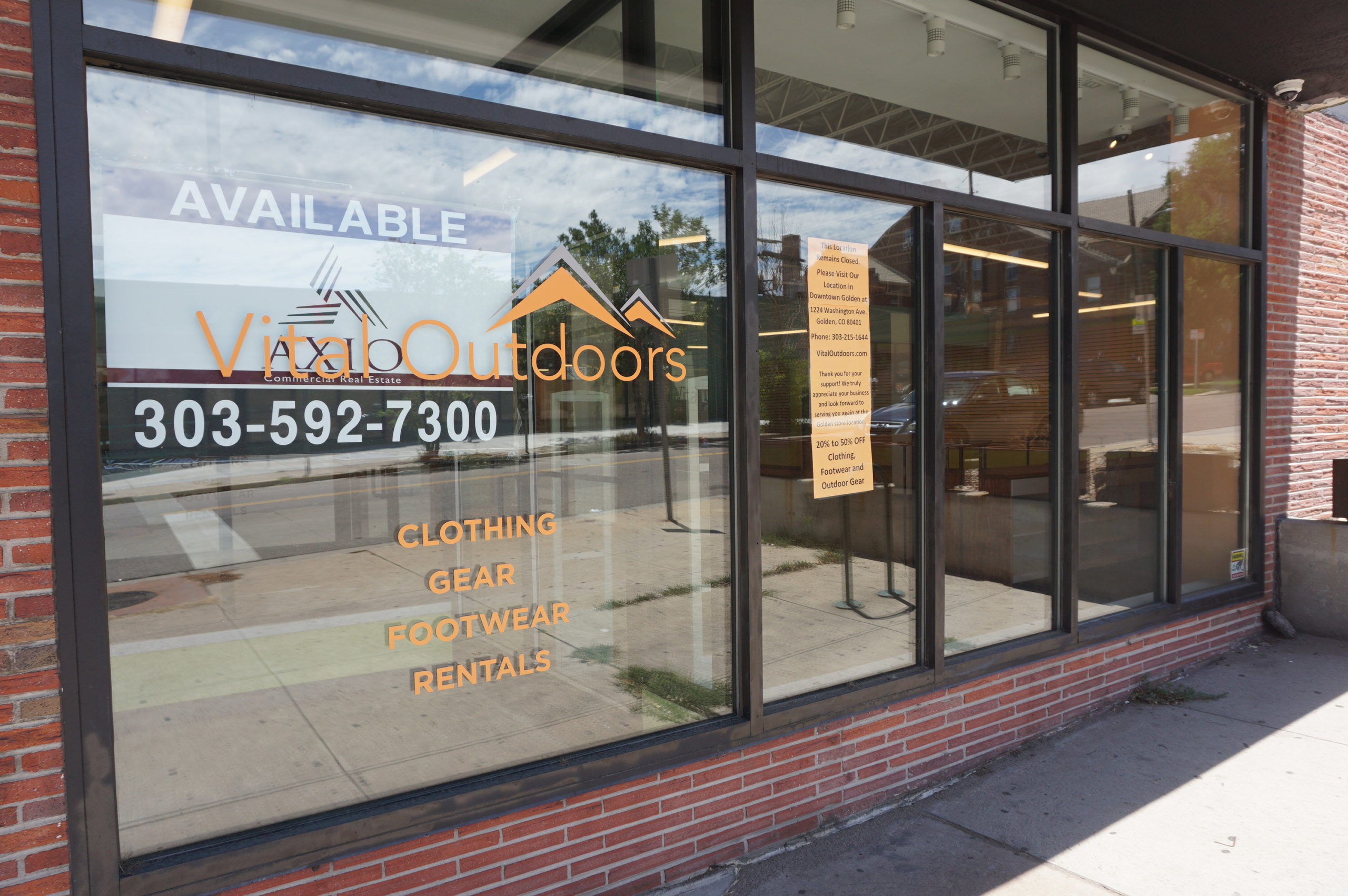 Vital Outdoors, which opened its second location in Capitol Hill last year, is up for lease. (Lily O’Neill)

Vital Outdoors opened in March 2019, and had been closed since coronavirus business restrictions were put in place.