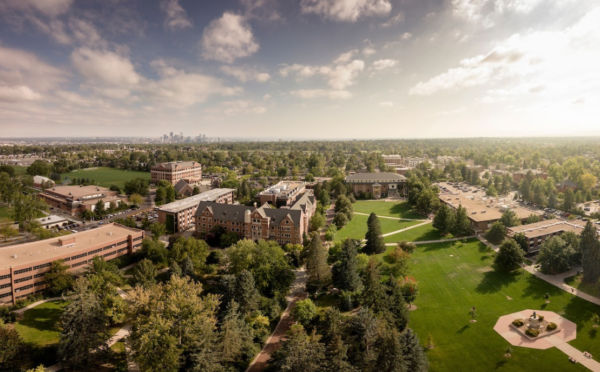 An overhead shot of Regis University in Denver. (Courtesy Regis)

Regis University’s former dean of students is suing the private Jesuit college, saying she was unlawfully terminated in 2017.

Diane McSheehy, who held the role from 2004 to 2017, filed a lawsuit in Denver District Court on July 16, alleging breach of contract and promissory estoppel, or the legal principle that a promise is enforceable by law.

According to the lawsuit, McSheehy, 54, began working for the university 24 years ago, and was promoted to dean of students and senior student affairs officer in 2004. For 13 years, she guided and oversaw student life programs and many departments.

In 2016, Regis said it would reorganize administrative duties, eliminating McSheehy’s role and transferring her duties to two new positions, according to the lawsuit.

McSheehy alleges that, during verbal and email conversations with Regis leadership, including university President Rev. John Fitzgibbons, she was promised a three-month paid sabbatical and appointment to a comparable leadership position upon return if she stepped down as dean of students at the end of the 2016-2017 academic year.

“In July of 2017, however, after Ms. McSheehy fulfilled her duties under the agreement, Regis did not offer her a comparable position and stripped her of the sabbatical,” the lawsuit reads. “Ms. McSheehy objected and, though Regis amended its offer slightly, the offer was still a drastic break from its promises to Ms. McSheehy.”

According to the lawsuit, Regis offered McSheehy a new position as director of major gifts, which included meeting with university donors. The proposed salary was $70,000 a year, almost half of her prior $126,250 annual pay.

“In addition, the position had several, difficult criteria, including requiring her to make 20 in-person contacts (visit) per month with donors capable of giving donations between $50,000 and $1 million,” the lawsuit reads. “Ms. McSheehy was justifiably concerned that the position was crafted in a way to make it difficult to perform and easy for Regis to cut or de-fund.”

McSheehy did not accept the lower-paying offer, and Regis ended her employment in September 2017.

“Ms. McSheehy lost her higher-wage employment,” the lawsuit reads. “She lost time to look for a comparable job external to the university. She appears to have voluntarily resigned, which is not the case. And she did not receive a sabbatical or a fair severance at the end of her employment.”

McSheehy is being represented by attorneys Diane King and Matthew Fredrickson with Denver-based King & Greisen. Neither responded to a request for comment.

An overhead shot of Regis University in Denver. (Courtesy Regis)

Diane McSheehy says she was told she’d be re-hired to a comparable role if she agreed to step down, but that role never materialized.