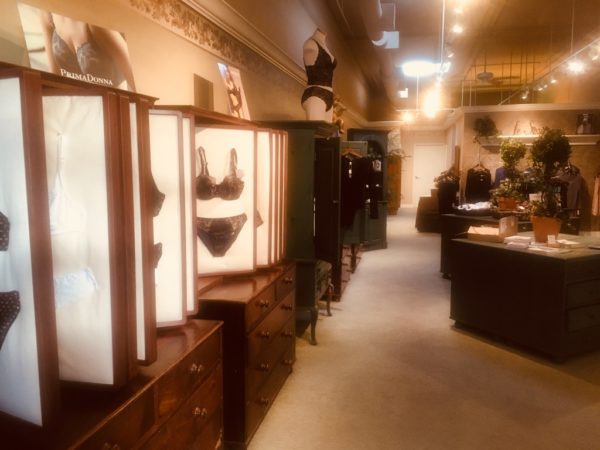 If the pandemic hadn’t struck, Sharon Nelson says she likely would have extended her lease.

The co-owner of bra boutique Le Soutien said the document had been sitting on her desk in the shop at 246 Milwaukee St. since December. It was for a one-year extension. Her landlord was checking in.

The shop’s sales “had been down-trending for years,” Nelson told BusinessDen. The 75-year-old wasn’t having as much fun anymore.

But still, she probably would have signed.

“I would have tried to make it another year, and another year … Retailers are the most optimistic people you’ve ever known,” she said.

The pandemic, of course, did strike. And Nelson was glad she didn’t sign, because right now she’d be attempting to sell in an area of social distancing and face masks. Instead, Le Soutien, which had operated in Cherry Creek since 1994, closed at the end of June as its lease expired. 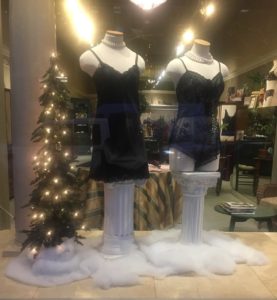 The shop had operated in the neighborhood since 1994.

“It was the straw that broke the camel’s back,” she said of the pandemic.

Le Soutien — it’s French for “support” — had been in the same spot for about two decades, after spending the first years of its existence about a block away. The shop sold European bras, many in the $75 to $150 range, noticeably higher than mainstream competitors such as Victoria’s Secret. And it specialized in performing fittings, ensuring women were going home in the right size.

Nelson co-owned the shop with Rita Hapgood, although the latter didn’t work at the store full time. Nelson said the store’s peak was in the mid-2000s, before the Great Recession.

Nelson said a number of factors negatively affected business. Nearby construction took up parking spaces and made it more challenging for customers to get to her. Cherry Creek began to feel like more of an office and restaurant hub, and less of a retail one. Online shopping became more mainstream. Her most loyal customers were aging, and “trying to get young people into the store is like pulling teeth.”

“They order eight bras online and return seven,” she said. “If they don’t fit, they don’t know it doesn’t fit — they don’t care.”

Then there was the cost of her unit. When she left, Le Soutien was paying $5,600 a month for a unit — “on a side street,” she noted — of about 1,300 square feet. That figure had been increasing, although much of that was because of rising property tax bills, which landlords typically pass on to tenants.

The decision to leave was made by mid-April, Nelson said, a few weeks into statewide restrictions that forced the shop to close. When she reopened in May, she let her customers know that everything had to go.

And if she had signed?

“It wouldn’t have gone well,” she said.

If the pandemic hadn’t struck, Sharon Nelson says she likely would have extended her lease.