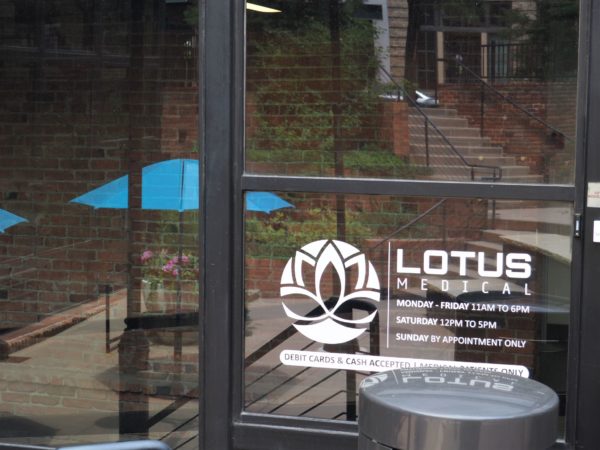 A downtown marijuana dispensary is battling with its landlord.

In early June, the Lotus Medical dispensary was sued by Seattle-based Unico Properties, which owns the Elephant Corral building at 1444 Wazee St. where Lotus operates.

According to the lawsuit, Lotus’ original lease at the building dates to 2009, and an amendment to the lease allowed either party — Unico or Lotus — to terminate the lease starting this past February with 30 days written notice.

Unico alleges it provided a written termination notice to Lotus on March 30, thus requiring the dispensary to vacate by the end of April. When Lotus didn’t leave by that date, Unico told the company it had to be out by the end of May, according to the lawsuit. That too was ignored.

Unico said that the lease specifies that, as of April, Lotus’ base rent is $3,116 per month for its approximately 1,550-square-foot unit. As of June 4, when the lawsuit was filed, Lotus owed $17,881 in base rent and additional charges, Unico alleged.

Lotus, however, disagrees with Unico’s reading of the lease. In its answer to the lawsuit filed in court, the company said of Unico’s termination notices, “Lotus denies that such notice was proper or that the Lease has been validly terminated.”

The company also disputed the notion that it owes Unico $17,881. And it said Unico’s claims “are barred, in whole or in part, because Lotus is recognized as an essential business and afforded certain protections, including from eviction, due to COVID-19.”

The case is ongoing. The dispensary was open in the building Tuesday afternoon.

A local Unico executive did not respond to a request for comment. Moye White attorney Merc Pittinos, who with colleague Joyce Williams is representing the company, declined to comment.

Lotus Medical is represented in court by attorneys Frank Visciano and Charles Fuller of Senn Visciano Canges. Fuller did not respond to requests for comment.

The Lotus Medical dispensary operates within the Elephant Corral building at 1444 Wazee St.