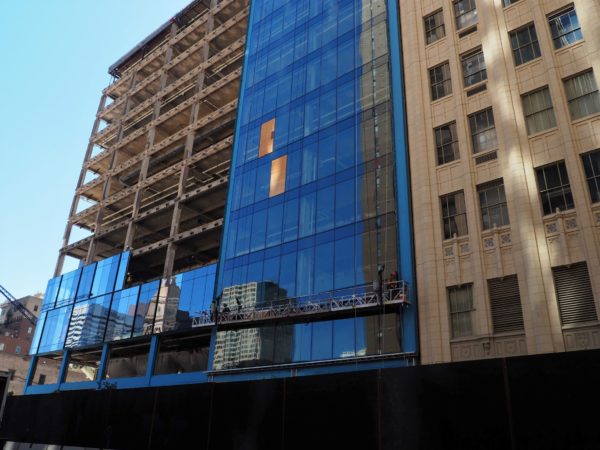 The new glass curtain wall is going up at The Link, the office building getting new life at the corner of 15th and Curtis streets.

BusinessDen last checked in on this project in March when the building’s old facade was beginning to come down.

It’s since been stripped off.

Here’s some photos of the progress taken last week, as well as a rendering. 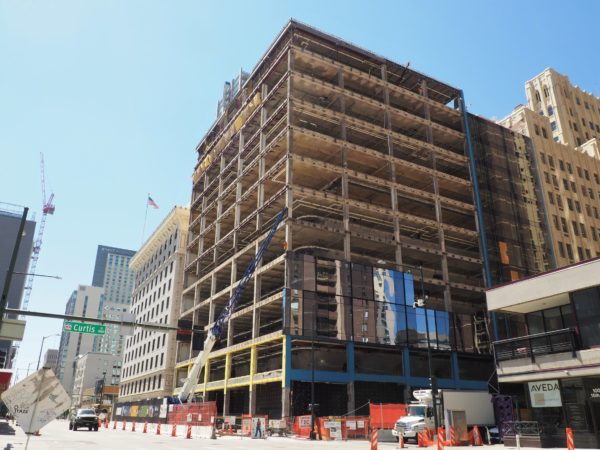 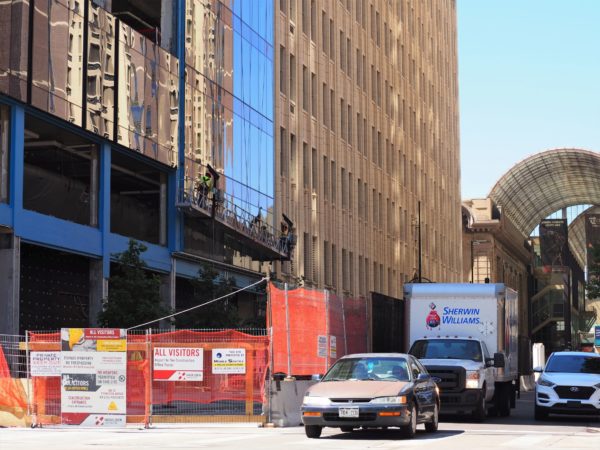 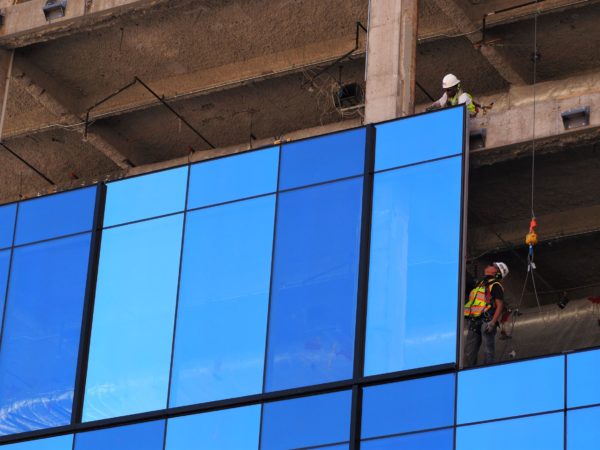 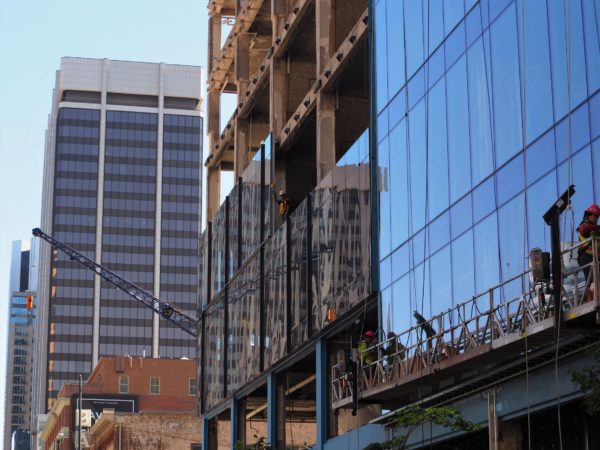 Developer: California-based SteelWave and Miami-based Rialto Capital Management, which paid $22.5 million for the property in January 2019. 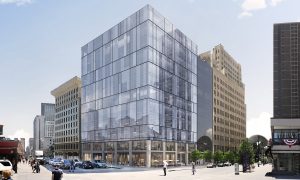 A rendering of The Link. (Submitted)

What’s happening: In addition to the new facade, other changes are set to include the addition of a robotic lift parking infrastructure and new mechanical systems, a lobby remodel and the installation of an amenity deck with fitness center and rooftop terrace. 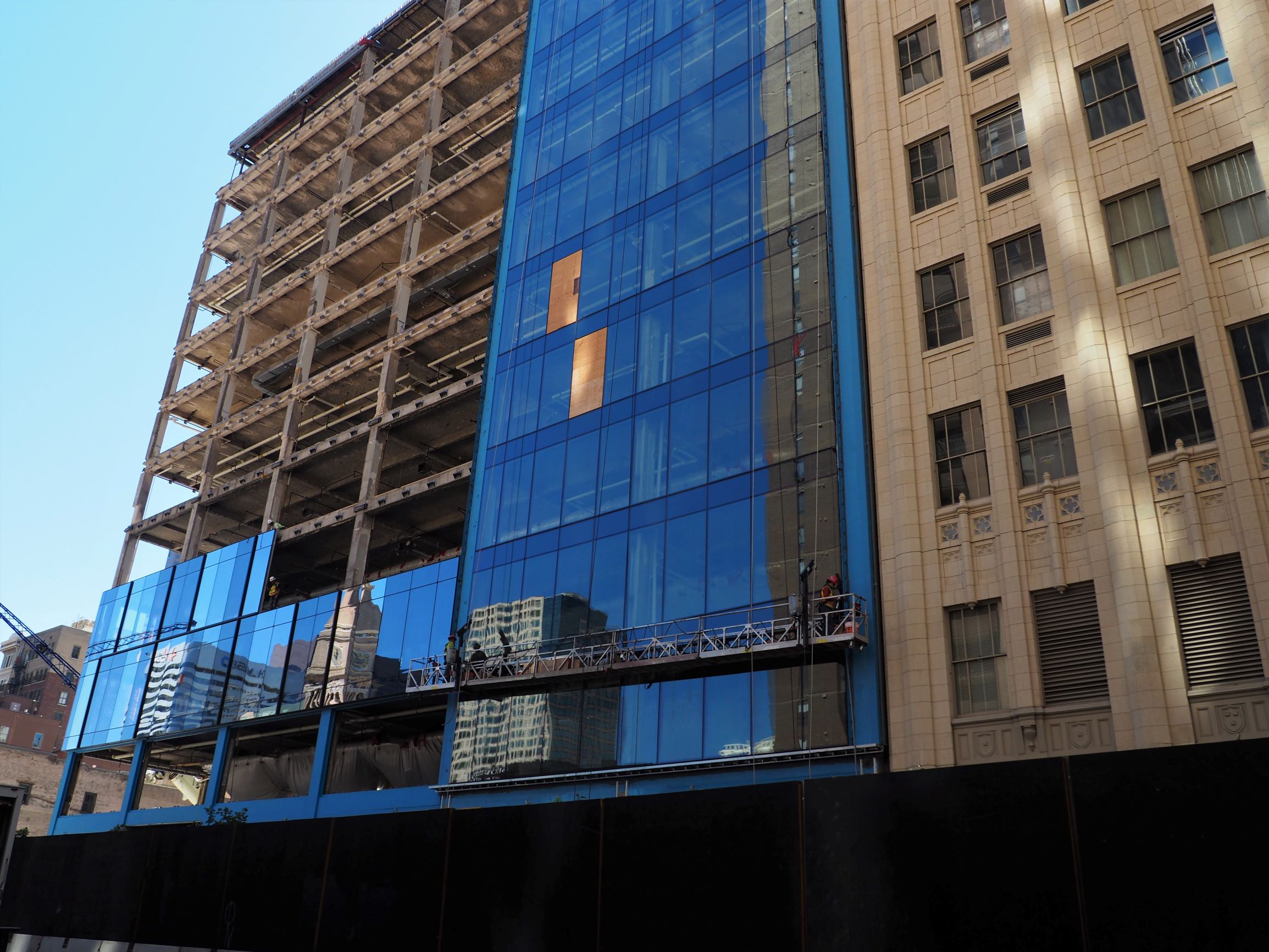