Good luck trying to find a bike to buy for some COVID-era cycling.

Shoppers looking for bikes in the $500 to $1,500 price range are going to come up empty, said Mike Stejskal, general manager of Turin Bicycles at 700 Lincoln St., echoing a refrain heard around Colorado. 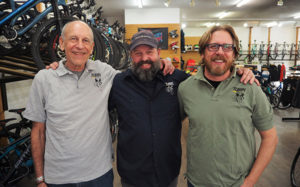 “If you don’t buy it, if you’re thinking about it, it will be gone,” Stejskal said. “I’ve been doing this for 25 years. It is not my style to pressure someone into a sale, but I have definitely told someone, in no uncertain terms, the availability picture (is) just not there.”

“If you don’t already have bikes on order that you would receive before the end of this year, you’re not getting them before the snow flies,” Stejskal said.

Business at SloHi Bike Co., meanwhile, is up almost 100 percent year-over-year, owner Adam Williams said. The shop’s bikes under $1,000 and kids’ bikes sold out first, and Williams said the stream of new bikes coming in is “more of a trickle than a faucet.”

SloHi is handling future orders by showing customers a list of what bikes are coming and a rough estimate of when, and selling from that. The shop takes a refundable deposit between $50 and $200, depending on the bike. When it arrives, customers return to test ride the bike and take it home. 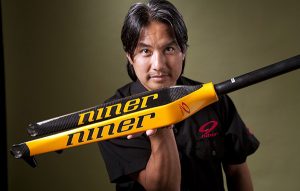 More Coloradans are also trying out mountain biking. Chris Sugai, founder of Fort Collins-based Niner Bikes, said he’s seen a large uptick in demand. The manufacturer has a backlog of its most popular models, such as the RIP 9 RDO and the RLT 9 RDO, and Sugai said bikes in the $1,600- $3,500 class are mostly sold out.

“When you’re going through and planning out your inventory at the beginning of the year, this definitely wasn’t in our business plan,” Sugai said.

The surge in cycling for transportation and recreation likely will continue, Sugai said.

“At the end of the day, I think our pie will get larger,” Sugai said.

“If you don’t already have bikes on order that you would receive before the end of this year, you’re not getting them before the snow flies,” one shop owner said.