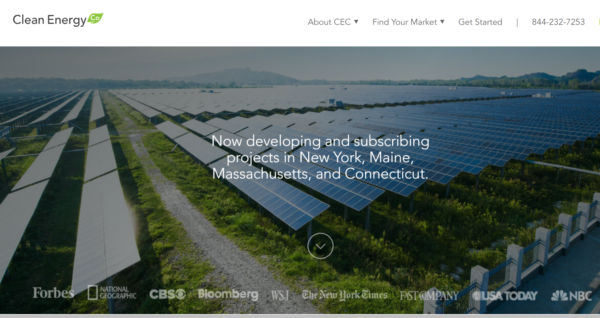 Thomas Sweeney, who took over as CEO of Clean Energy Collective in April, signed the filings on behalf of the subsidiaries.

Sweeney said the firm’s development arm generally handles what takes place before solar panels are installed at a site, such as acquiring control of the site, getting the necessary permits and obtaining interconnection rights. He said the firm is highly dependent on expected buyers of a project obtaining financing, and that bankruptcy became necessary when some project sales got delayed.

Sweeney said the company has a deal to sell its development assets to Con Edison Clean Energy Businesses, and that the bankruptcy filing is one way to make sure that project assets are free of liens and claims.

Clean Energy Collective’s website said it has a presence in 17 states, and has completed 87 projects producing 119 megawatts. It said projects that would produce an additional 279 megawatts are under development.

Sweeney, who started at Clean Energy Collective in 2012, said the company had approximately 60 employees at the start of the year, but that has since decreased to the mid-20s. He said that number will drop further when the development assets sell to Con Edison, a deal that could close in August.