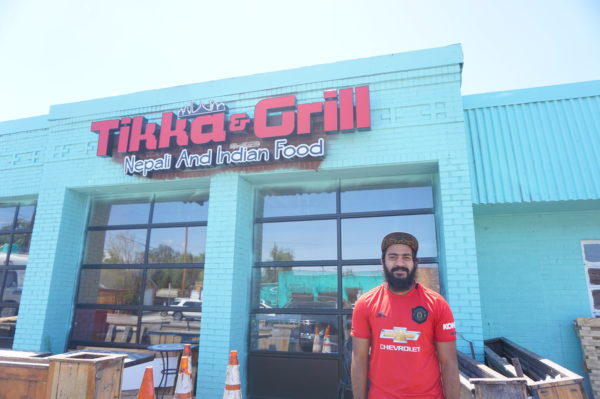 The smells of Indian and Nepali cuisine soon will be fragrant from the corner of South Broadway and Louisiana Avenue.

Tikka & Grill is set to open at 1300 S. Broadway in Platt Park in mid-July, with a target date of July 15. The space previously was part of Italian restaurant Pasquini’s.

The new restaurant is owned by Thornton resident Peter Sitaula, who also owns Sherpa Grill in Greeley and Fort Collins. He previously owned Royal Nepal in Commerce City, which has since closed.

“I’ve spoken to the bars around here and they said the area needs some variety, so we’re really looking forward to bringing Indian and Nepali food to a location where there’s not a ton nearby,“ Jha said. 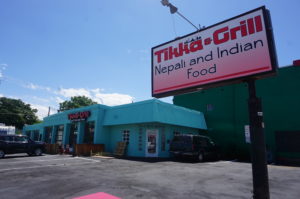 The restaurant will have a few partitioned booths inside and spots on the patio for those dining in, but its initial focus will be on takeout and delivery because of coronavirus restrictions. Jha said one broad goal is to attract nearby University of Denver students with an affordable menu.

“We modified the menu to make our good food fast, cheap and efficient for the students,” Jha said.

He added that they eventually hope to offer a buffet but are holding off for now because of coronavirus concerns.

Jha said the restaurant signed a lease for the 2,300-square-foot space in January and had hoped to open earlier. But the shutdown caused construction delays, and in the meantime, the restaurant had to reconfigure a socially distanced floor plan for city approval.

“Peter and I were both unhappy about it. We had a lot of time on our hands and just had to wait,” Jha said. “But we’ve been talking to other restaurants as well, and feel confident and prepared to stay busy with the reopening.”

The former Italian restaurant, which suffered a fire in 2016, is undergoing a complete renovation. Jha said Tikka & Grill will be decorated with images of popular landmarks found in Nepal such as temples and mountains. They are building a full bar with a TV and hope to add live music into the mix once regulations loosen up.

“I’ve spoken to the bars around here and they said the area needs some variety,” general manager Avi Jha said.