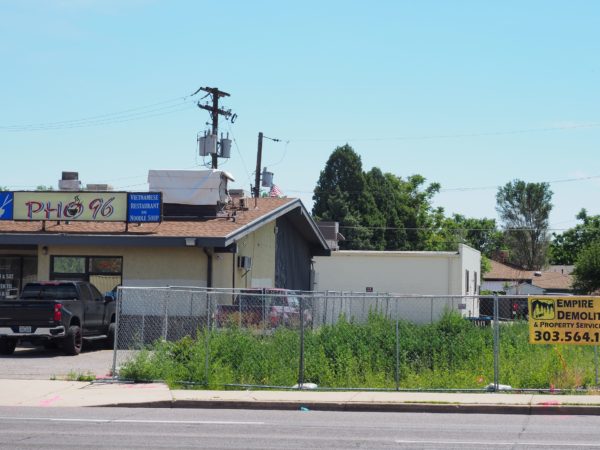 A retail building has been proposed for the undeveloped lot at 1120 S. Federal Blvd. in Denver, next to Pho 96. (Thomas Gounley)

A small retail strip has been proposed for a half-acre lot along South Federal Boulevard in Denver.

Denver’s Kung Architecture submitted a site-development plan to the city this month, proposing a 7,670-square-foot building at 1120 S. Federal Blvd.

A restaurant is envisioned for one end of the structure, which would back up to Federal. The lot would have a 26-space surface parking lot to the rear.

The property is owned by T & T Investment LLC, which purchased it in April 2018 for $891,800, public records show. Lisa Luong is president of the entity, according to the development proposal. Attempts to contact her through Kung Architecture were unsuccessful.

The property is currently undeveloped, although an auto body shop previously operated in a building on part of the site. 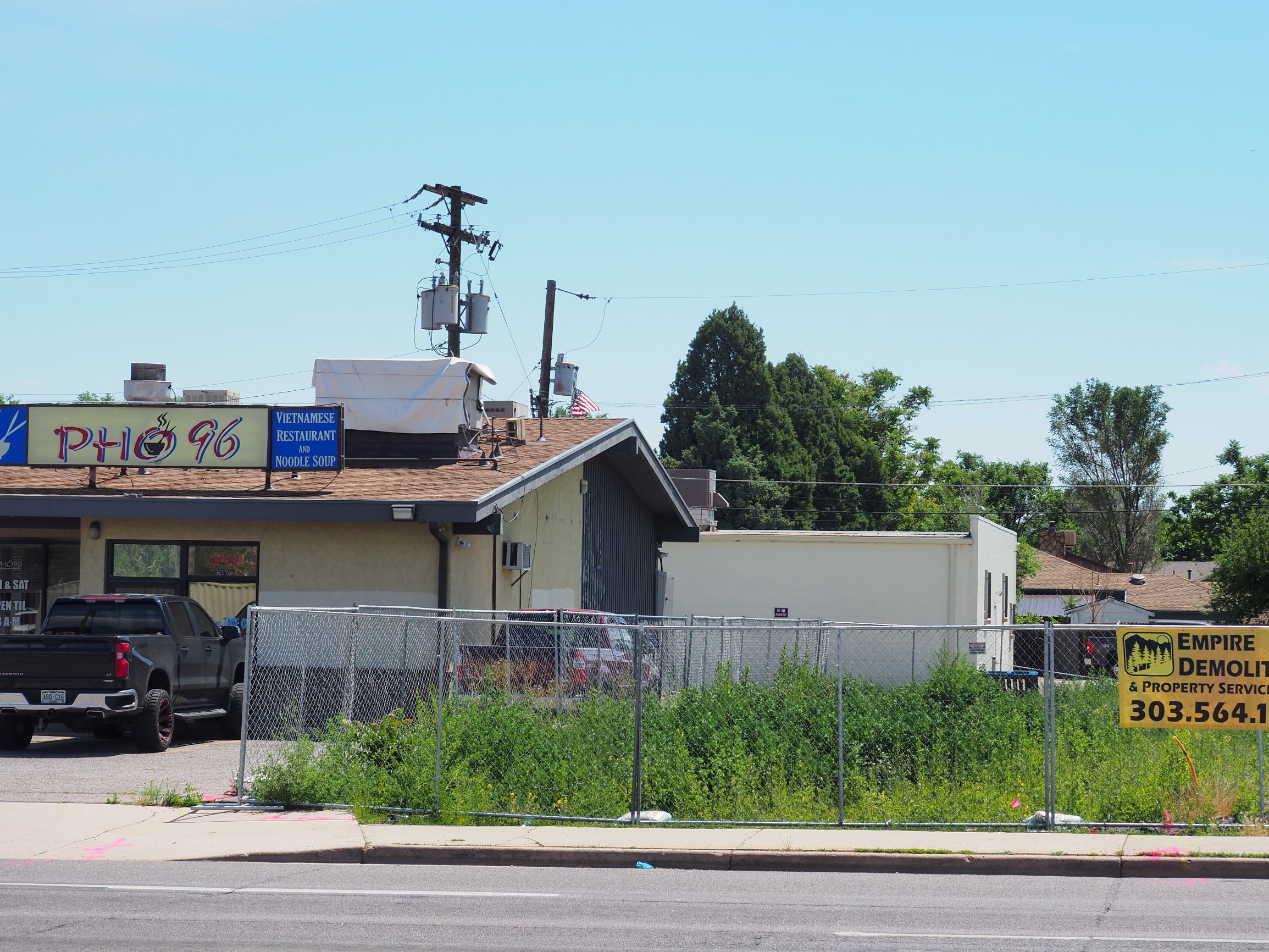