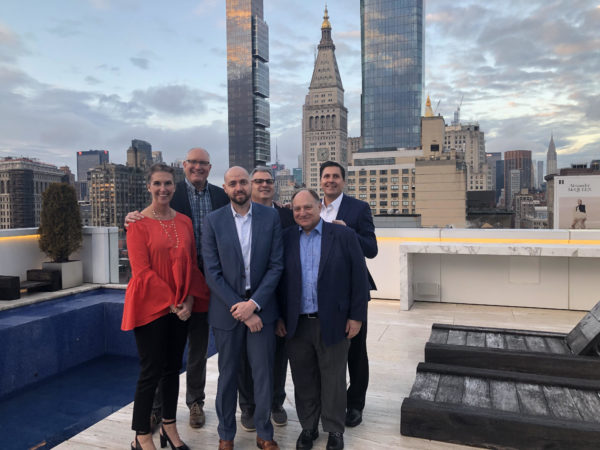 A Denver-based holding company building a portfolio of businesses that it believes have positive social and environmental impact announced a private capital raise of $1.6 million on Tuesday.

CEO Craig Jonas launched CoPeace in 2018. The private funding round included about 48 investors, generally friends and family of the company’s staff.

“Things are changing; the younger generations aren’t going to invest in big mutual funds that don’t align with their beliefs,” Jonas said. “They’re used to transparency and having access to information, and we want to be a part of that.”

The holding company uses the money it raises from investors to purchase a controlling interest in companies that are profitable while also “seeking solutions to societal and environmental problems.”

Jonas said each company must have a responsible business model and measurable positive impact, which is demonstrated in recent company data and market research findings.

CoPeace’s team of five employees and six contractors use impact measurement tools, such as the Iris+ system, to help judge companies on a case-by-case basis.

Uncharted Power, which transports clean energy to communities that don’t have access to the power grid, was the company’s first investment.

“It’s a lot easier to find companies that are environmentally impactful, but we feel good that our first investment is both socially and environmentally beneficial,” Jonas said.

CoPeace’s portfolio also includes Advanced Sustainable Technologies, which is developing a new generation of environmentally friendly waste management facilities, and CoFi LLC, which is owned and operated by CoPeace, and provides financial consulting services to businesses.

“It’s an idealistic mission, but it ends up being a good business decision to care about how your business affects the world,” Jonas said.

Jonas previously worked for Sportsvision, the company that developed the 1st & Ten computer system, which generates and displays the yellow first-down line TV viewers see during a football game.

“It just didn’t feed my soul any longer, and I exited the industry to start CoPeace in early 2018,” he said. “As I learned how to play the business game, I saw that our world was growing in inequality, and there really weren’t any vehicles to build equity for those who don’t have access to wealth.”

CoPeace will launch a crowdfunding campaign on Wefunder July 3. Jonas said he anticipates raising a little over $1 million in the next three months and envisions building a portfolio of 10 companies in the next year.

“We have a tremendous appetite for capital,” he said.