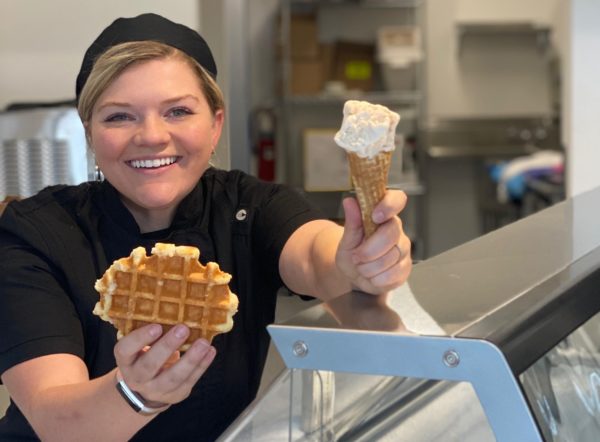 Jefferson Park is in for something sweet.

Whirlybird Ice Cream & Waffles hopes to open next month at 2851 W. 25th Ave., in a 550-square-foot unit that used to be a real estate office.

Owner Kayla Fitzgerald said she’d been hunting for the right spot since 2016, and Jefferson Park was an opportunity to “get in, hopefully, on an area that is starting to blossom.”

“There wasn’t an option for something sweet, more of a gathering place than somewhere you had to sit down,” she said of the neighborhood dining scene.

The ice creams will be made in-house, and along with the usual milk base will include vegan options made from almond and coconut milk. An ice cream made from oat milk and a sugar-free sorbet option also are being considered.

The Belgian Liege waffles are intended to help the business combat ice cream’s seasonality, and “hopefully expand to a different demographic.”

“They’re a dough-based waffle, with these big chunks of sugar mixed into the dough so when you put it on the iron it caramelizes,” she said.

Fitzgerald said she went to the Culinary Institute of America and upon moving to Colorado in 2013, worked for Aramark at Coors Field and the Pepsi Center before landing a job at Inspirato, the Denver-based travel startup. She left the company last week to focus on Whirlybird.

The business’ name is a nod to baseball and Connecticut, where Fitzgerald grew up. Whirlybird is a nickname for helicopters. In 2015, when the Colorado Rockies moved their Double A affiliate to Hartford, “Whirlybirds” was among the options considered for the team’s name, because Connecticut is home to a major helicopter manufacturer as well as a flight school.

The team instead became the Hartford Yard Goats. But Fitzgerald — a baseball fan who met her husband at Coors Field on opening day in 2015 — thought Whirlybird had a nice whimsical feel for an ice cream shop.

“It’s a really playful name, with a bigger meaning to me,” she said.

Fitzgerald said growing up in a rural part of Connecticut, “going to get ice cream was really a community gathering.”

“It was a way to see your friends and neighbors,” she said. 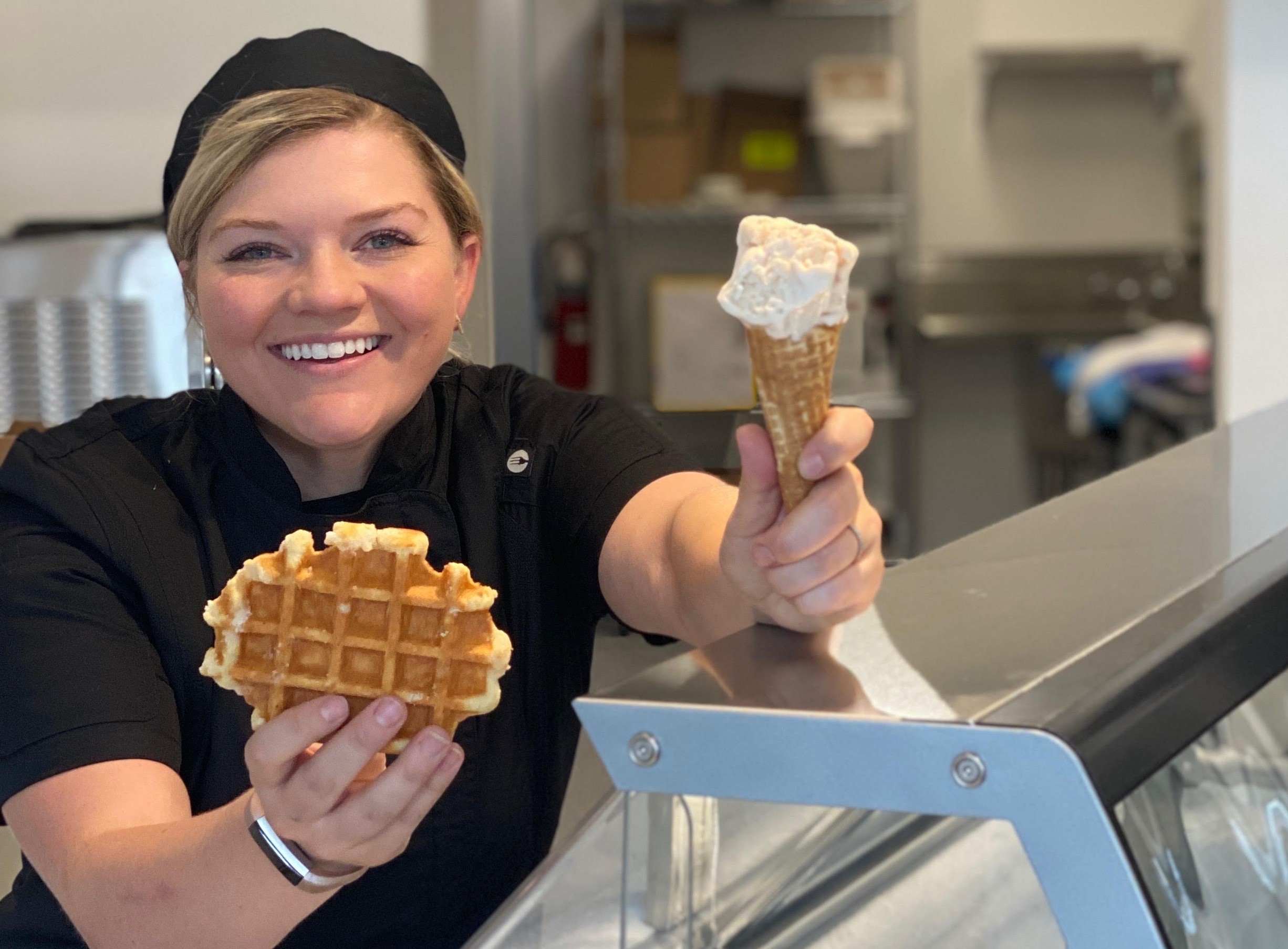 The business’ name is a nod to baseball and Connecticut, where owner Kayla Fitzgerald grew up.