A startup with an upbeat name selling exclamations of joy has run out of pep.

Co-founder Rachelle Reichley did not respond to a request for comment.

Reichley founded the company in 2010 with her husband Carl as a way to celebrate things in life that make them say “yay!”, according to an old press release. They went on to make a series of products, such as magnets, key chains, mugs, bumper stickers and apparel, with different words after the exclamatory, such as “Yay! Beer!” and “Yay! Love!”

The company was written up in Oprah magazine in 2012 after gaining widespread popularity.

Reichley was already an artist selling her work on the festival circuit when she started making the products, according to a 2019 interview with VoyageDenver.

“We just started hand-making some magnets in our basement and I took them to shows with me,” she told the publication. “We had no idea if anyone was going to get it. They did. That first year, we hand-made the magnets and toured to festivals and farmers’ markets all up and down the Front Range.

“We hung up a chalkboard for suggestions for new Yay! titles and every show it was full. I already had some wholesale contacts for my own art I was selling and we started getting placement for our Yay! products in some stores in Colorado and beyond.”

In 2015, Reichley pulled the plug on the business for a year, letting go of 40 nationwide sales reps.

“We were overextended financially and we were miserable,” she told VoyageDenver. “When we started Yay! Life!, it all began with an idea that took off. We didn’t write a business plan, we didn’t think about what kind of company we wanted to be and now years later, we found ourselves with our business set up in a way that we had little control over how it was being presented. Everything and everyone we worked with was an independent contractor.”

After a new website and some time spent paying vendors back in full, Yay stickers landed in REI stores. But as of this month, they’re no longer available online.

In its bankruptcy filing, the company listed, among other things, the following as assets: 112,577 assorted stickers, 183 pacific blue trucker hats, 122 iron-on patches that say “Yay! Unicorns!” and another 112 that say “Yay! Colorado!” 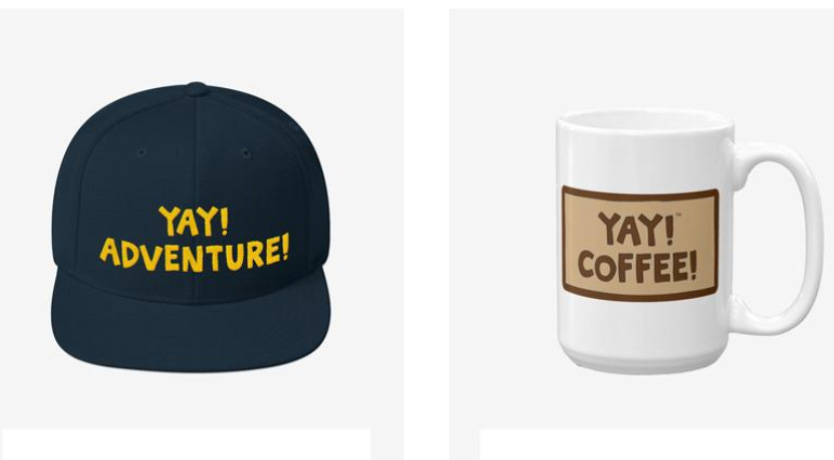