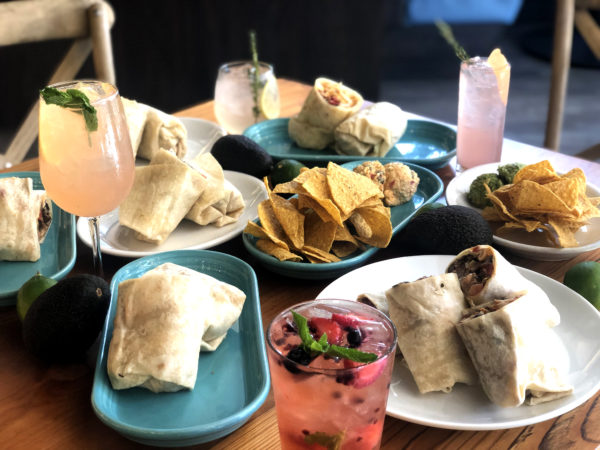 Blue Island Oyster Bar & Seafood in Cherry Creek is getting a little sibling.

Owner Sean Huggard, who reopened his restaurant last week with a dining room at 50 percent capacity, is using the extra capacity at his 3,000-square-foot restaurant to test out a new idea that might warrant its own location someday.

Blue Tide Tacos operates out of the same building as Blue Island at 2625 E. 2nd Ave. It is open daily for lunch and dinner takeaway and delivery from 11:30 a.m. to 8 p.m., with selections of fish tacos and burritos, such as blackened cod, Thai calamari, and surf and turf with ancho steak and shrimp. 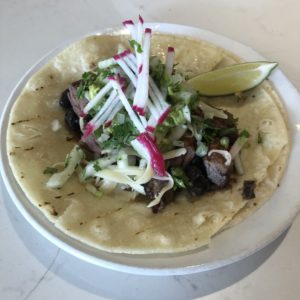 “The idea of Blue Tide was to do something really approachable,” Huggard said. “It’s sort of a Tuesday night, under $20 dinner to-go concept that’s built for the neighborhood, but I wanted the backing of Blue Island behind it.”

Huggard thought of the new concept as a way to get back in the kitchen since Blue Island has been closed since March and opted out of takeout. He started Blue Island, which offers an East Coast seafood menu of oysters, clams, lobster and more, as a way to bring his Boston roots to Denver in 2015. Now, Blue Tide’s SoCal-inspired menu will be reminiscent of his wife’s San Diego origin.

“Blue Island is very rooted in my New England roots, and you see a lot of restaurants up and down the shore that might be a high-end restaurant, but during the day they have a walk-up window,” Huggard said. “This concept is born from that with a California seafood-style menu to expand our brand.”

The restaurateur plans to find a separate location for Blue Tide Tacos once Blue Island’s dining ramps back up to full capacity. He’s using this time as a trial for the new menu.

“Burrito-making takes up a lot of space; we would not be able to handle both concepts at the same time if we weren’t serving at 50 percent capacity,” Huggard said.

Customers can order takeout or delivery food through the new concept’s website or they can get menu items from both restaurants on Blue Island’s website. Since reopening, Blue Island sales have been down only 10 percent from pre-pandemic levels.

“People can’t go to the beach for their summer vacation, so now they can grab their fish burrito and a margarita from Blue Tide and head to the park,” Huggard said.

“It’s sort of a Tuesday night, under $20 dinner to-go concept that’s built for the neighborhood, but I wanted the backing of Blue Island behind it,” owner Sean Huggard said.