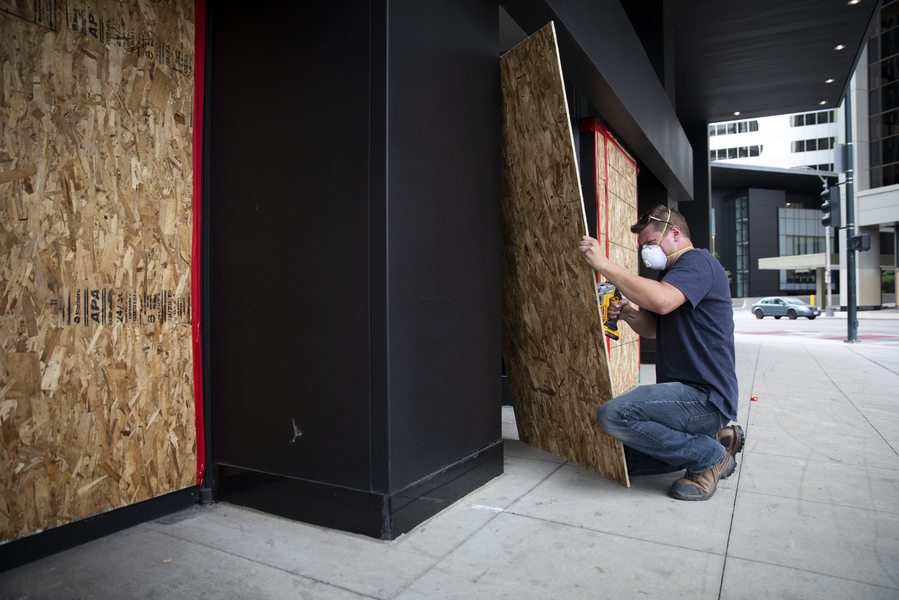 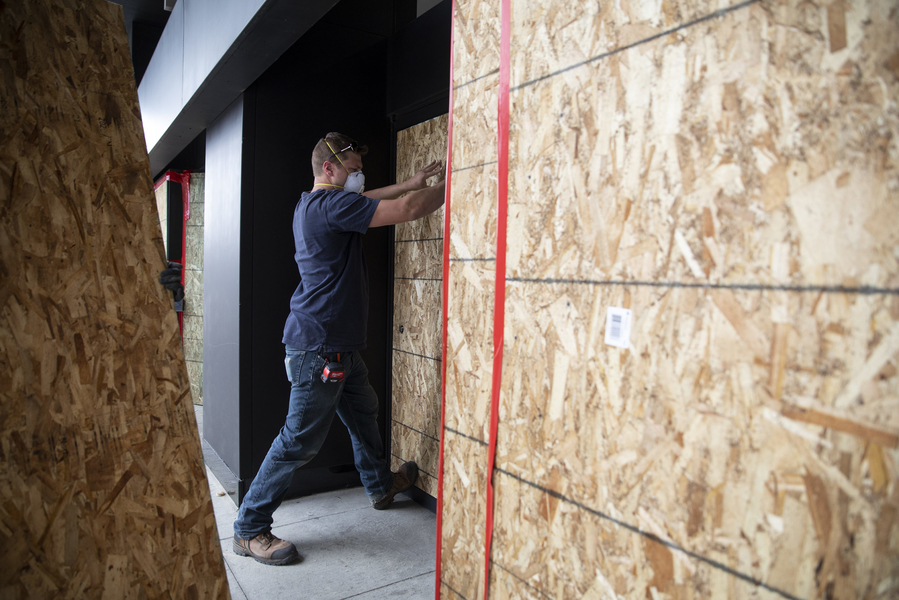 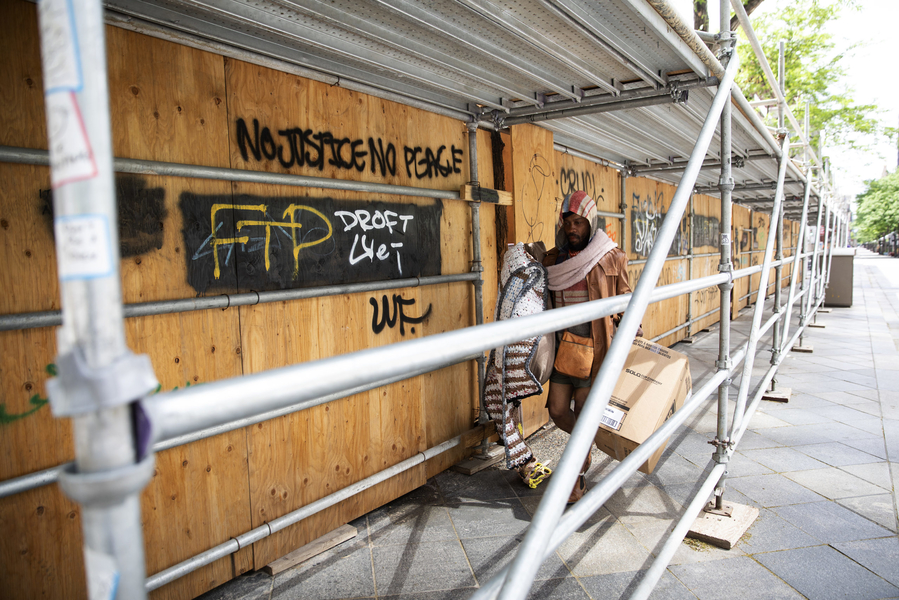 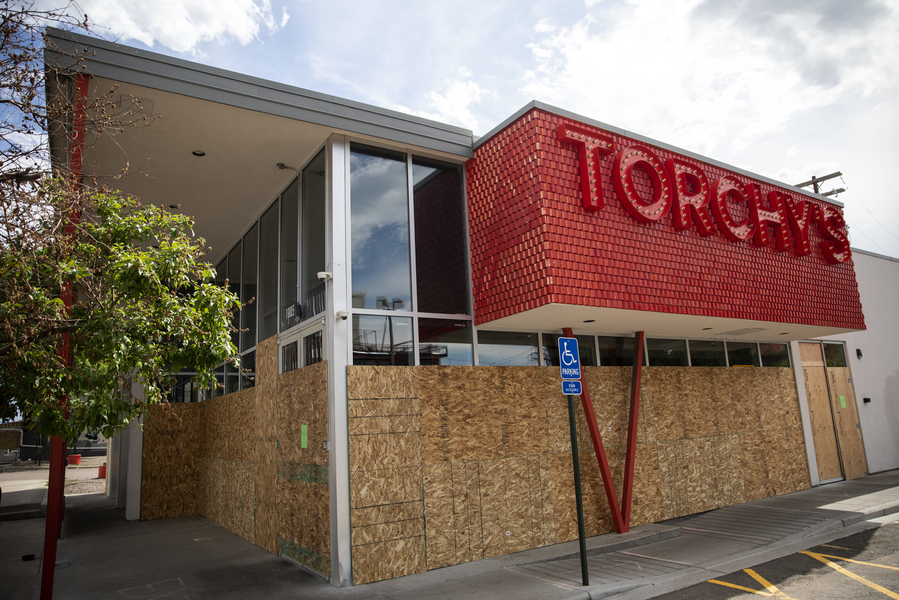 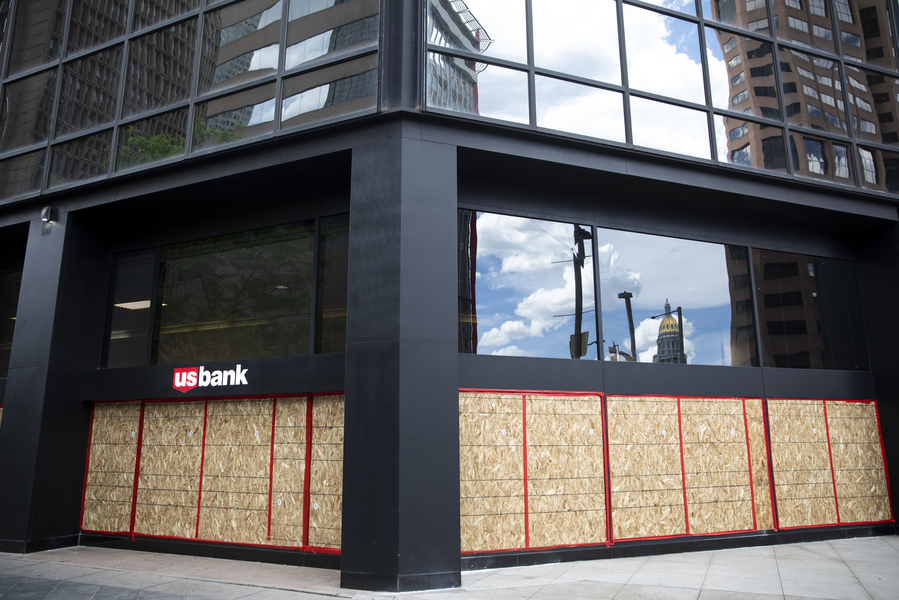 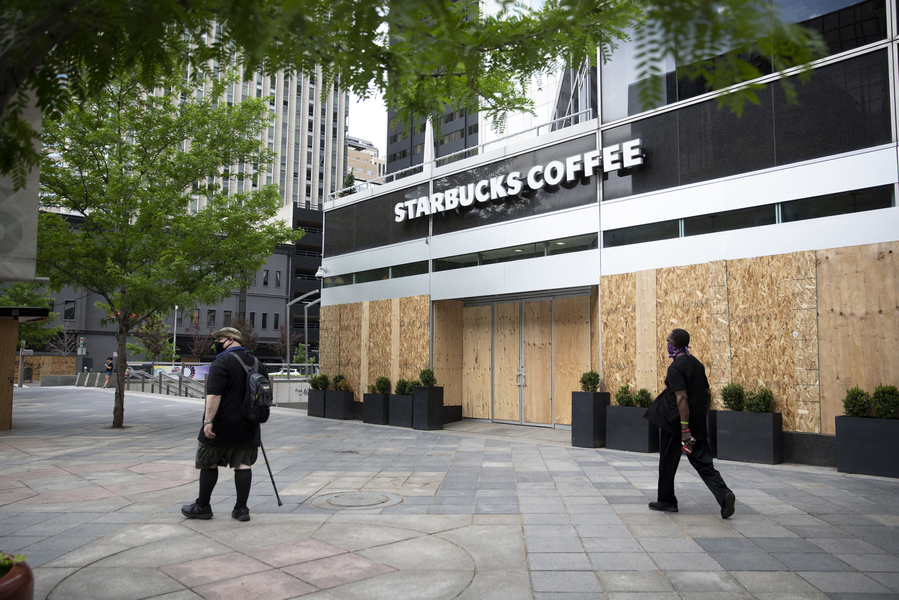 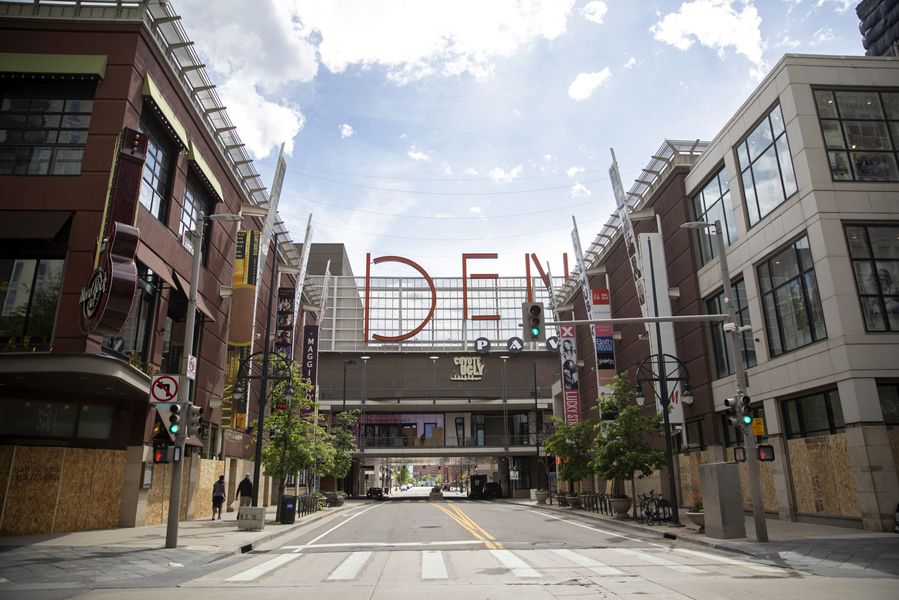 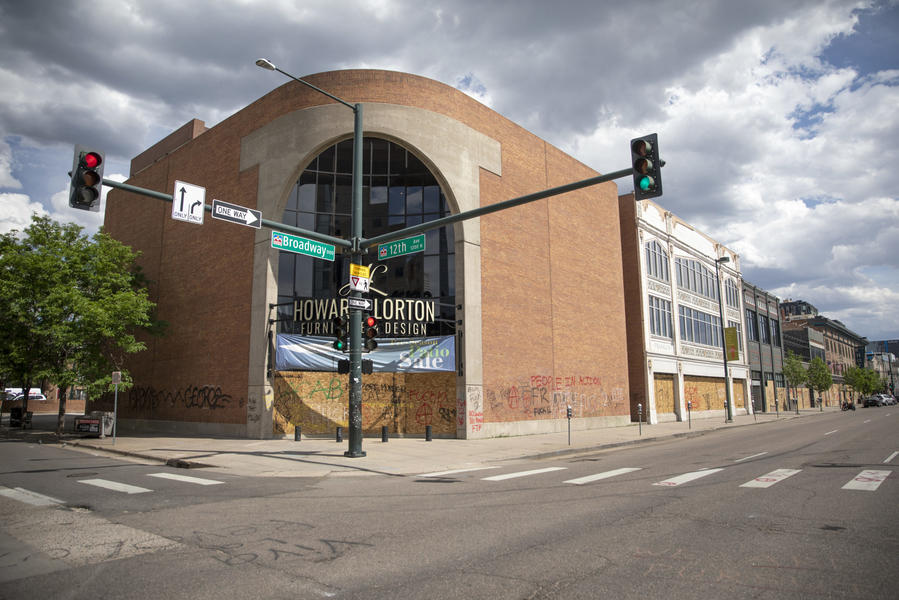 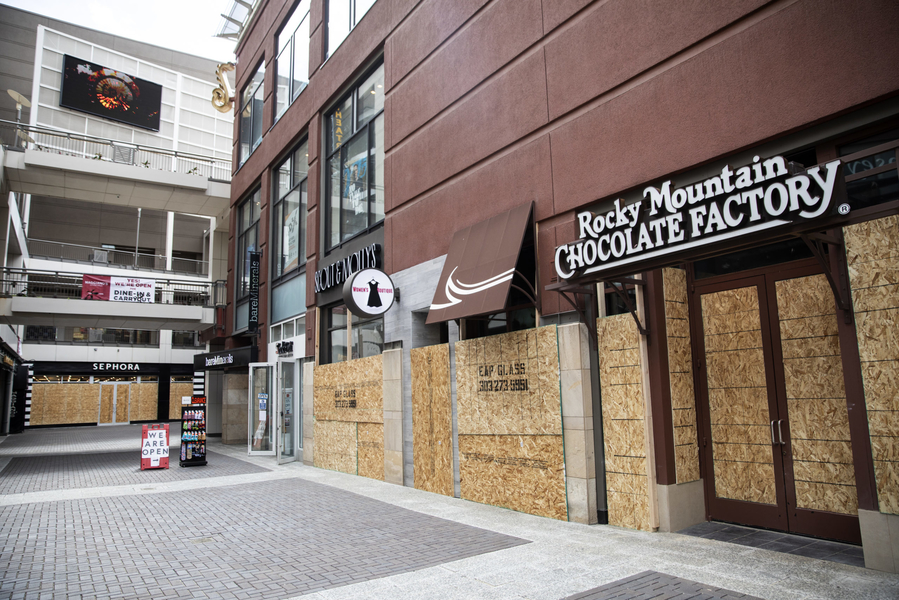 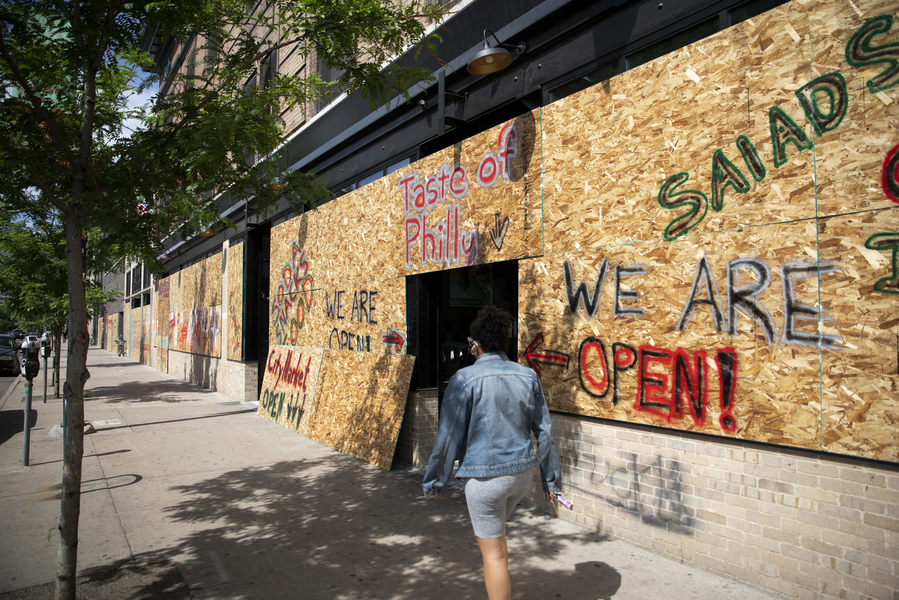 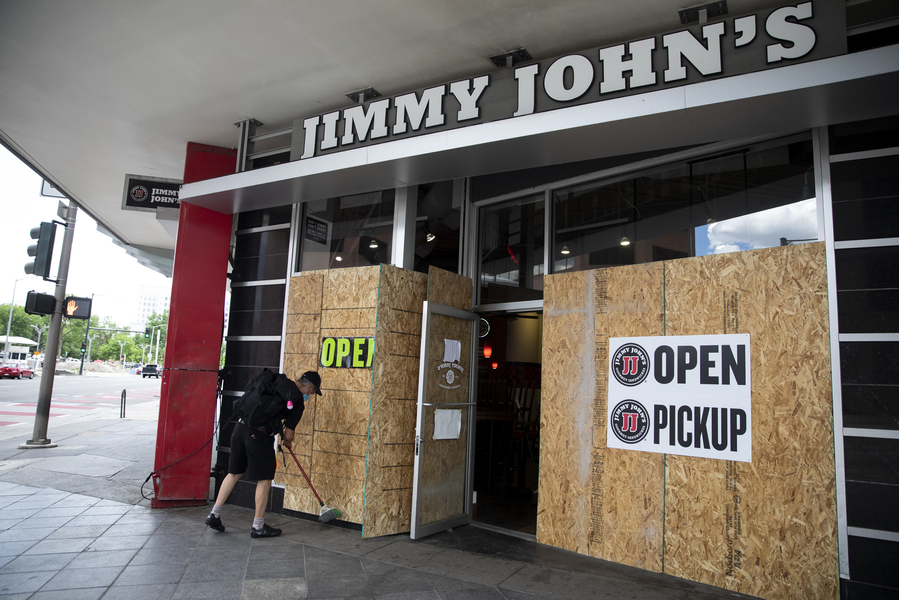 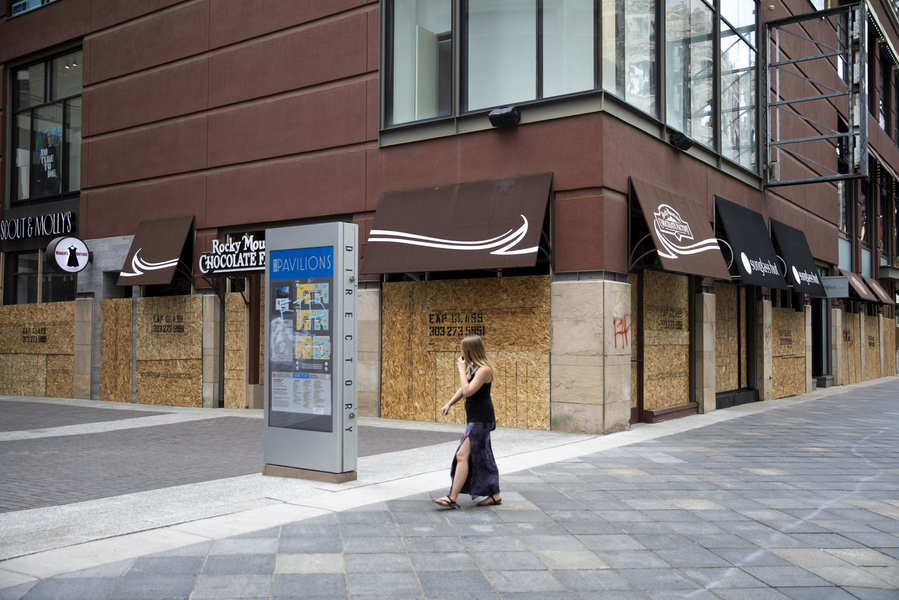 Boarded up storefronts were a common site in and around downtown Denver on Monday afternoon.

In some cases out of necessity — due to shattered windows — and others out of precaution, the protective coverings could be spotted along the 16th Street Mall and Broadway coming south out of downtown.

The boards, some of which were installed prior to Monday, went up ahead of an expected fifth evening of Denver protests over the Memorial Day death of George Floyd, a black man, while in police custody in Minneapolis.

Bystander video captured Floyd saying “I can’t breathe” while he lay face down on the ground, a white police officer kneeling on his neck.

Protests began in Minneapolis shortly after the video was shared online, and by Thursday evening had spread to Denver and other major cities. The police office, Derek Chauvin, was charged Friday with third-degree murder and second-degree manslaughter.

While much of the protests have been peaceful, police officers and those gathered have clashed in the late evening and overnight hours. On Monday, Mayor Michael Hancock extended a curfew first put into place Saturday through Friday morning, although he pushed the start of it back one hour, to 9 p.m. each night.

All photos by Alyson McClaran. 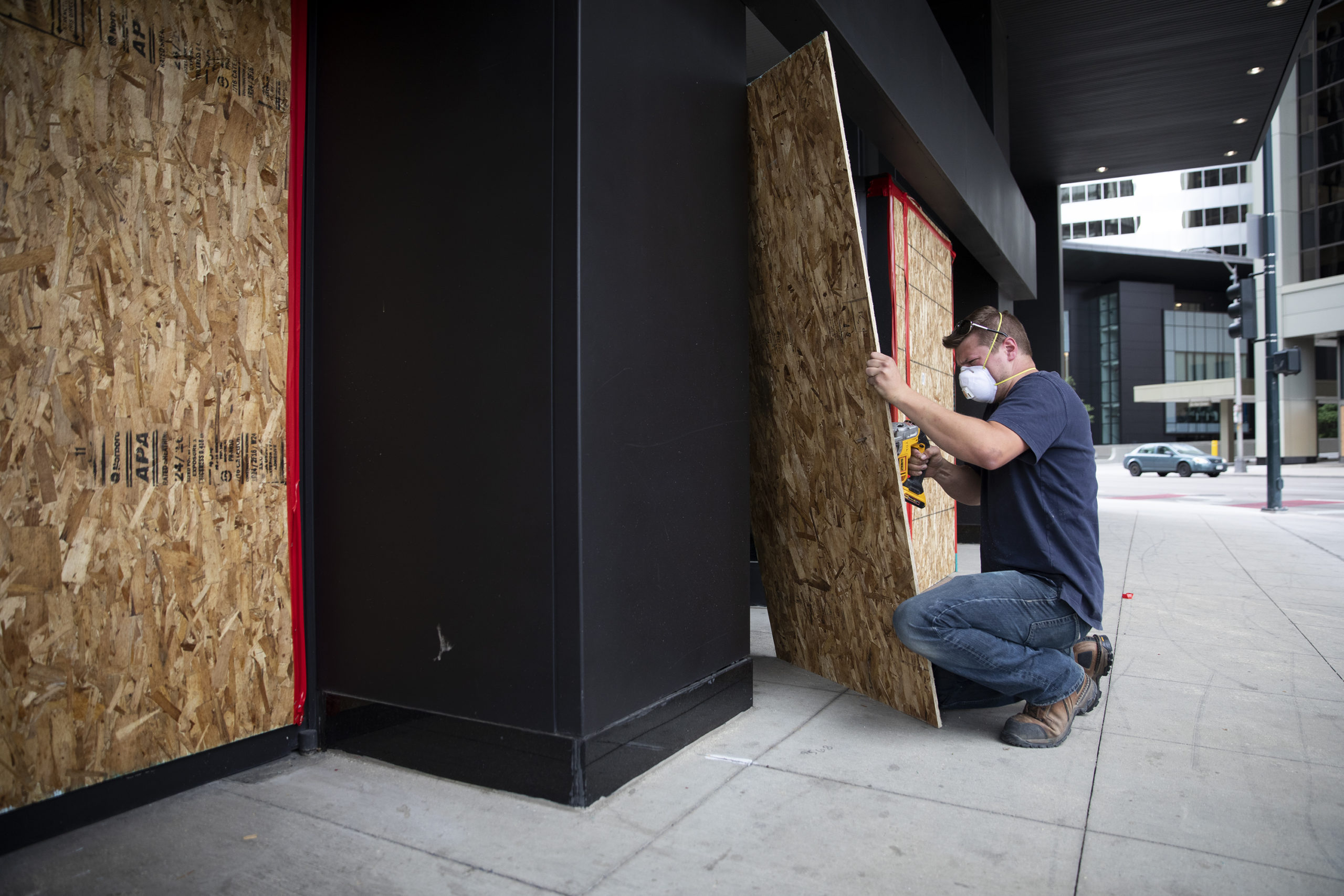 The coverings, some of which were installed prior to Monday, were up ahead of an expected fifth evening of Denver protests over the death of George Floyd.