JB Holston, dean of the computer science and engineering at the University of Denver, has been named CEO of the Greater Washington Partnership, effective in September.

Dan Letellier is a project manager for Taylor Kohrs. He has degrees from Wentworth Institute of Technology.

Chad Brady has been promoted to vice president and area retail leader for south metro Denver and Colorado Springs with KeyBank. He is a graduate of the Indiana University of Pennsylvania.

Jim Brauer has joined Syntrinsic as director of consulting. He had been with TIAA and is a graduate of Harding University in Searcy, Arkansas. 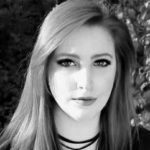 Kurt Andersen has joined BillingPlatform as chief marketing officer. He had been with Symmetry.