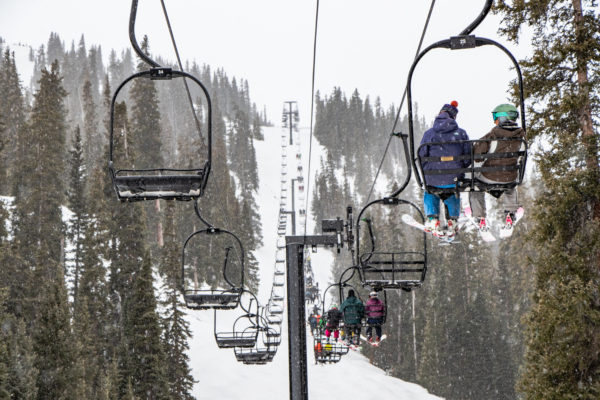 Arapahoe Basin’s Pallavicini chairlift, which was built in 1978, is being replaced after 42 years. (Courtesy Arapahoe Basin / Ian Zinner)

After 42 years of service to the mountain, Arapahoe Basin’s Pallavicini chairlift has had its final season.

The ski area is auctioning off four chairs and selling 100 more from the long-running lift, which is being replaced.

The first chair will be auctioned off on eBay from May 18 to 25, according to the ski area’s website. The proceeds of that auction, and three others held later in the year, will go to charity.

As for the direct sales, the ski area said it expects demand to exceed supply. As a result, starting June 1, those who want a chair can pay $50 to join an “interest list,” with proceeds going to charity. Arapahoe Basin then will randomly draw 100 people from the list before the end of the month, and those individuals will be able to pay $2,500 for their chair.

The ski area held a similar lottery previously for chairs from its old Norway lift.

Built in 1978, A-Basin’s Pallavicini lift is accessible from the Mountain Goat Plaza base area, and serves popular advanced and extreme terrain on the ski area’s front side. The ski area refers to it as “the black jewel in the crown of the Basin,” and it was dedicated to Larry Jump, a 10th Mountain Division soldier, and co-founder and president of the original Arapahoe Basin Inc.

Arapahoe Basin’s Pallavicini chairlift, which was built in 1978, is being replaced after 42 years. (Courtesy Arapahoe Basin / Ian Zinner)

Chairs are priced at $2,500, and the ski area expects demand to exceed supply.