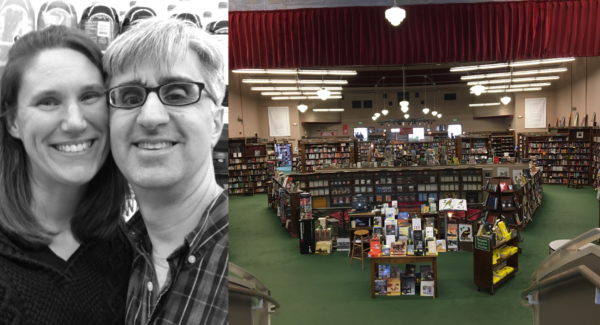 Denver bookseller Tattered Cover will be moving its LoDo store next year to a new development under construction next to Coors Field.

The bookshop will lease part of the first two floors of one of the buildings at McGregor Square, a 650,000-square-foot development being built by the owners of the Rockies at 20th and Wazee.

“The McGregor Square project will be a boon to the ballpark and LoDo neighborhoods, and given the strong local flavor of the project, is a great fit for Tattered Cover,” bookstore co-owner Len Vlahos in a press release. 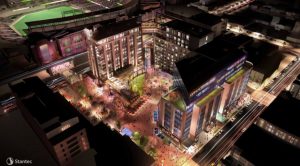 Tattered Cover’s current 12,500-square-foot space on the corner of Wynkoop and 16th streets, which opened in 1994, is being marketed for lease. The building, called Mercantile Square, is owned by Denver-based Coughlin and Co. Tattered Cover leased two floors at Mercantile Square until 2013, when it downsized to just the first floor.

Tattered Cover has other locations in Union Station and on Colfax Ave. near East High School.

“This move, when combined with our existing satellite store in Union Station, will insure we continue to have a significant presence downtown for many years to come,” he added.

“This new store will feature a grand staircase, harkening back to both the original LoDo store and the legendary former Tattered Cover location in Cherry Creek,” Vlahos said. “This store will be warm and inviting with significant natural light.”

Dick Monfort, chairman and CEO of McGregor Square and owner of the Rockies, said the timing was perfect to add Tattered Cover to the project.

“Tattered Cover has been quintessentially Denver for 50 years and it is exactly the type of retail partner we were hoping to have at McGregor Square,” Monfort said in a prepared statement.

The Tattered Cover was founded in 1971 in Cherry Creek. Meskis purchased it in 1974, according to the company’s website.

The bookseller has been at the corner of Wynkoop and 16th streets since 1994.